Sometimes the simplest art can have the most profound implications. Take this graffiti, for instance. Or leave it.

Either way it’s still just simple lines that could represent almost anything: a horizon, the stock market, a cardiogram on the fritz, a nervous rainbow, a shoreline, a trail, wrinkles, a wrinkle in time, the threads of time, the unraveling of an idea, or the raveling of one. I often hear about things unraveling but I’d rather do some raveling. That’s just the way I am—I’ve always been a ravel rouser, but that’s another story. The lines could be borders or boundaries which are, after all, just lines on a map. Consider this amazing map of Australia’s railroads: 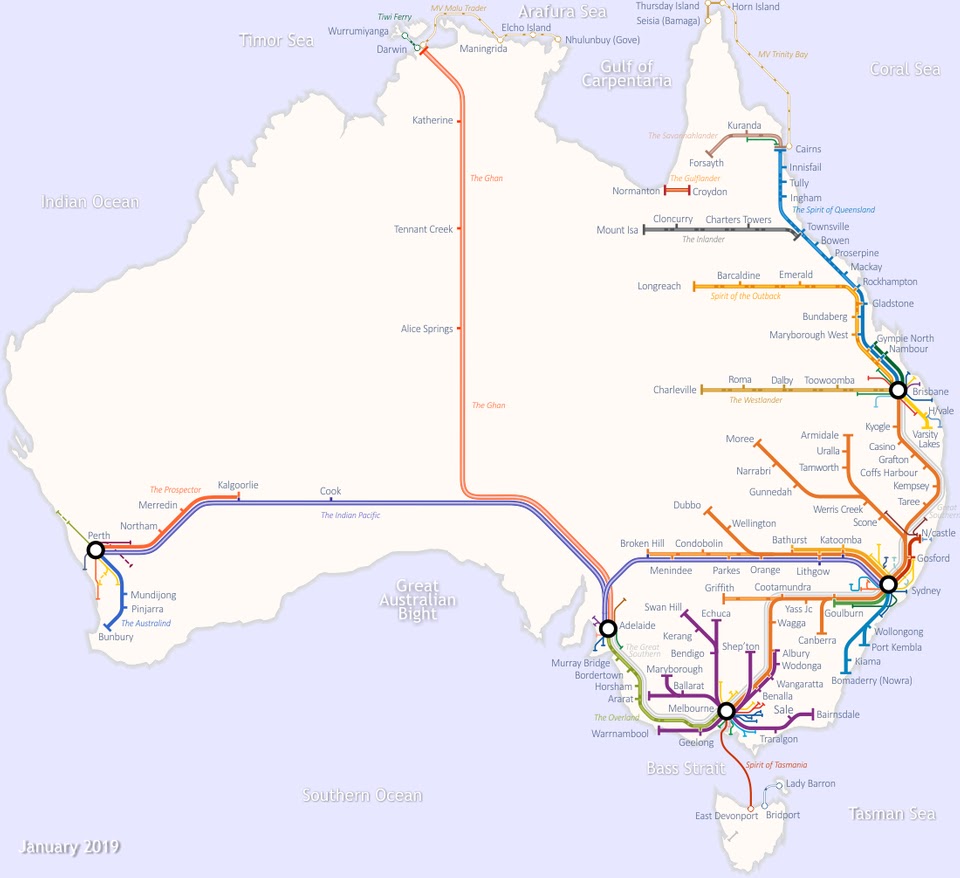 It’s amazing to me there’s a railroad to Tasmania since Tasmania is an island. I assume it’s reached by a viaduct, but viaduct? Why not a goose? That’s a question I’ll leave to someone else.

Australia’s rail lines really aren’t that straight even though geometry tells us the shortest distance between two points is a straight line, and yet space is curved, which means if you set out from any point and travel long enough you’ll eventually come back to where you started. I’m sure I’m circling a point right now but since I didn’t start from one it doesn’t look like I’m going anywhere.