For What It’s Worth…

Freethinkers Anonymous > American Graffiti. > For What It’s Worth… 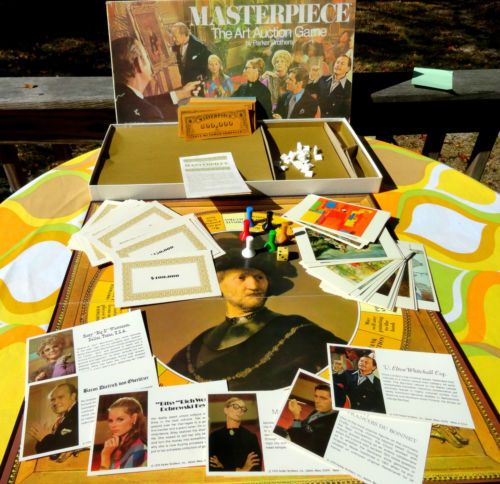 When I was a kid my friends and I had a board game called Masterpiece. The main thing I remember about it was that I was fascinated by the cards of various famous works of art—mostly Twentieth Century works like Edward Hopper’s Nighthawks, Wood’s American Gothic, a Thomas Hart Benton, a Picasso. There might have been a few Renaissance paintings in there, or maybe the game makers thought it would be too ridiculous that, say, the Mona Lisa would ever be on the market even though I think it was supposed to be an educational game. And it was educational in a way. The idea was to bid on and win the various works of art. The winner was the one who collected the most valuable paintings and the amounts were completely random—in other words it was almost exactly like the real art world.
In each game one or two paintings would turn out to be a forgery. This made them completely worthless and if you were the sucker who’d bid on and won one chances were you lost. That was funny to me because I always thought, well, you’ve still got the painting, so why does it matter if it’s a forgery?
I was reminded of when I listened to a Studio 360 interview with director Florian Henckel von Donnersmarck about his film Never Look Away, based on the life of the German painter Gerhard Richter, although the artist in the film is named Kurt Barnet. There’s a scene early in the film where the young Barnet is taken to the Nazi’s infamous exhibition of “degenerate art”, modern paintings and sculptures pulled from German museums and held up for mockery. Some of the works in that exhibition were sold, but most were destroyed. Talking about the scene in Never Look Away Donnersmark explained that many of the paintings and other works of art shown at that exhibition were painstakingly recreated. The recreations then had to be destroyed. The recreations were so perfect there was a risk, even though it was small, that the recreations would be mistaken for the originals. Donnersmark admits that it was hard and I get it: destroying the recreations was a tragic historical reenactment. And, really, were the recreations any less valuable than the originals? 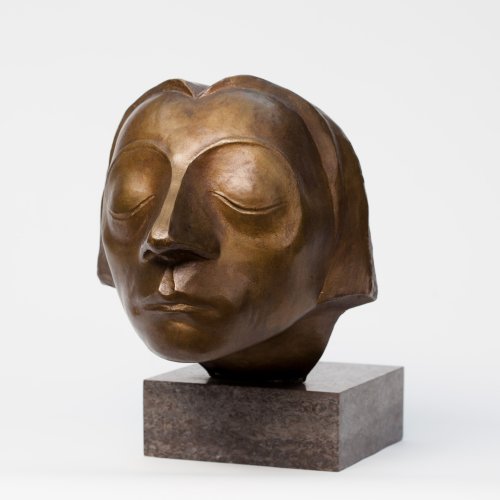 Ernst Barlach was a sculptor whose works were in the “degenerate art” exhibit. Born in 1870 he was struggling as a sculptor when World War I broke out. Believing the war would usher in a new artistic age he volunteered as an infantry soldier on the front but was discharged after just three months because of a heart condition. The experience would profoundly change him, though, and he became a pacifist. His highly stylized figures with protruding, but often closed, eyes reflect, I think, a deep sadness. Or maybe I’m just imposing what I know about Barlach onto his works.

If you like a painting or other work of art just because it speaks to you, without knowing anything about the artist, that’s okay, but the artist’s history, the context, the background can add value. The connection to an artist who lived and suffered, whose work came out of deep personal experience, can make the difference between a forgery and a masterpiece.