Happy Birthday., Not Non-Fiction, Quick Takes., Submitted For Your Approval. 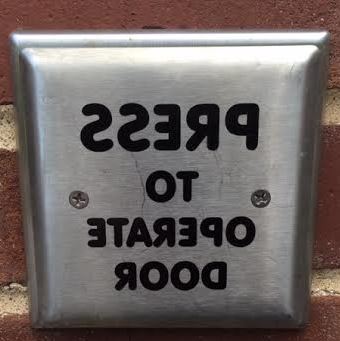 April 2018-The Freethinkers Anonymous fiscal year runs from April 1 to March 30th in spite of this blog not actually being a company or even making any money. It is, however, a great opportunity to remember a now-retired coworker who pronounced the word “fiscal” as “physical”, and would even write statements about “the physical year” in emails and had to be discouraged from sending emails to anyone outside of the office which was a lot easier to do in the day when communicating with anyone outside the office was done by phone, telegram, and snail mail, which often raised the question, would sending mail by snails actually work? Staff were then sent out to collect snails but it was determined to be early in the season. A lengthy series of communications within the office then took place around the watercooler.

May 2018-A decision to start paying staff in Paraguayan Guarani raised several questions. Primarily the symbol for the Guarani, ₲, prompted several staff members to remember that guy from high school who had a Commodore 64 and on the keyboard Shift-4 was actually a £ sign, not the number sign, and when and why did people start calling it a “hashtag”? The rest of the month was lost to playing with different fonts and trying to figure out who created the Wingdings font and why.

June 2018-An office poll was taken and staff were evenly divided on the question of whether it was possible to use the word “pneumatic” gratuitously.

July 2018-The annual attempt to find the best local milkshake raised several questions: how to define “local”, whether chain restaurants could be included if they’ve only expanded to a few states and haven’t gone national, whether the emphasis should be on places that mostly serve ice cream or burger joints, whether it was an appropriate subject since this really isn’t a food blog, what is this blog about and whether making it a food blog would be more physically rewarding, and why milkshakes?

August 2018-A sudden and serious dip in productivity resulted in a stern lecture from the office management. It was later determined that the lecture would have been more effective if it had been delivered during work hours. The mistake was attributed to confusion resulting from the change to Daylight Savings Time. No one could explain why office management decided to make the change to Daylight Savings Time five months late.

September 2018–
Hugh: Welcome back to the World Croquet Finals here in Paramaribo. With several surprising eliminations this has been quite an exciting match, hasn’t it Jerry?
Jerry: I wouldn’t know. I’ve been drunk since we arrived.
Hugh: The rainy conditions have made this year’s match quite difficult with a soft pitch and of course the grounds crew has had to come out early each day and remove the snails.
Jerry: The biggest challenge I’ve had has been staying upright. Have you seen how much they’re asking for rum in the duty free shop in the hotel lobby? Hell, it’s cheaper than bottled water.
Hugh: The soggy conditions have really slowed down play.
Jerry: Speaking of soggy conditions I thought the bathroom in my hotel room had a light that automatically came on when I opened the door. Turns out I’ve been peeing in the minibar.
Hugh: You’ll notice that Dr. Brantley of the Canadian team managed to successfully croquet her opponent but she’s now facing a narrow hoop that will be difficult to get through. Do you know the common expression for that sort of hoop?
Jerry: Whoa! Look at her hit those balls with that big hammer! Can I get her phone number? I’m asking for a friend of course.
Hugh: I hate you so much.

October 2018-Plans for the office corn maze were abandoned when it was discovered squirrels and birds had eaten all the corn.

November 2018-Staff were occupied for most of the month discussing the question of whether November should be accompanied by a month called “Somember”, preferably in the summer which lacks any months ending in “ber” and also is never long enough. This may not seem like much of an issue but you’d be surprised how much time staff can spend on a question like that.

February 2019-An office poll was taken and staff were evenly united on the question of whether or not I should take a shower.

March 2019-An office poll was taken and staff celebrated the decision to conduct all internal office communications, including the release of the annual 2018/2019 annual report, by means of pneumatic tubes.