Normally I don’t look in anyone’s windows, even office windows just because it’s rude to stare at people even if they’re working, or maybe especially if they’re working, since I always make more mistakes when someone’s looking at me, and I like to keep my windows open to let in natural light to balance out the glare of the fluorescents, or at least I would if I had windows in my office, but that’s another story. Anyway the other day I glanced over at a ground-level office window and saw this:

It also reminded me that Edward Hopper would ride trains around New York and was sometimes inspired by people he saw through windows, creating paintings like this one:

It’s an interesting painting for a lot of reasons. The title Office At Night suggests that this couple is working late and that there may be more than work going on once they pull down the shades. It’s also ironic that Hopper took what might have been a fleeting glimpse and turned it into a painting which we, the viewer, can linger over and study in detail.

It also reminded me of this, from the back cover of The Far Side Gallery, which I got for my birthday when I was a kid. This portrait of Gary Larson seemed like a bonus joke which made me laugh, but then I thought, holy mackerel, they’ve got him in a really small space, which made me sad, and then I thought, yeah, but he probably has an outdoor enclosure where he can go and hang out, and that made me feel better. 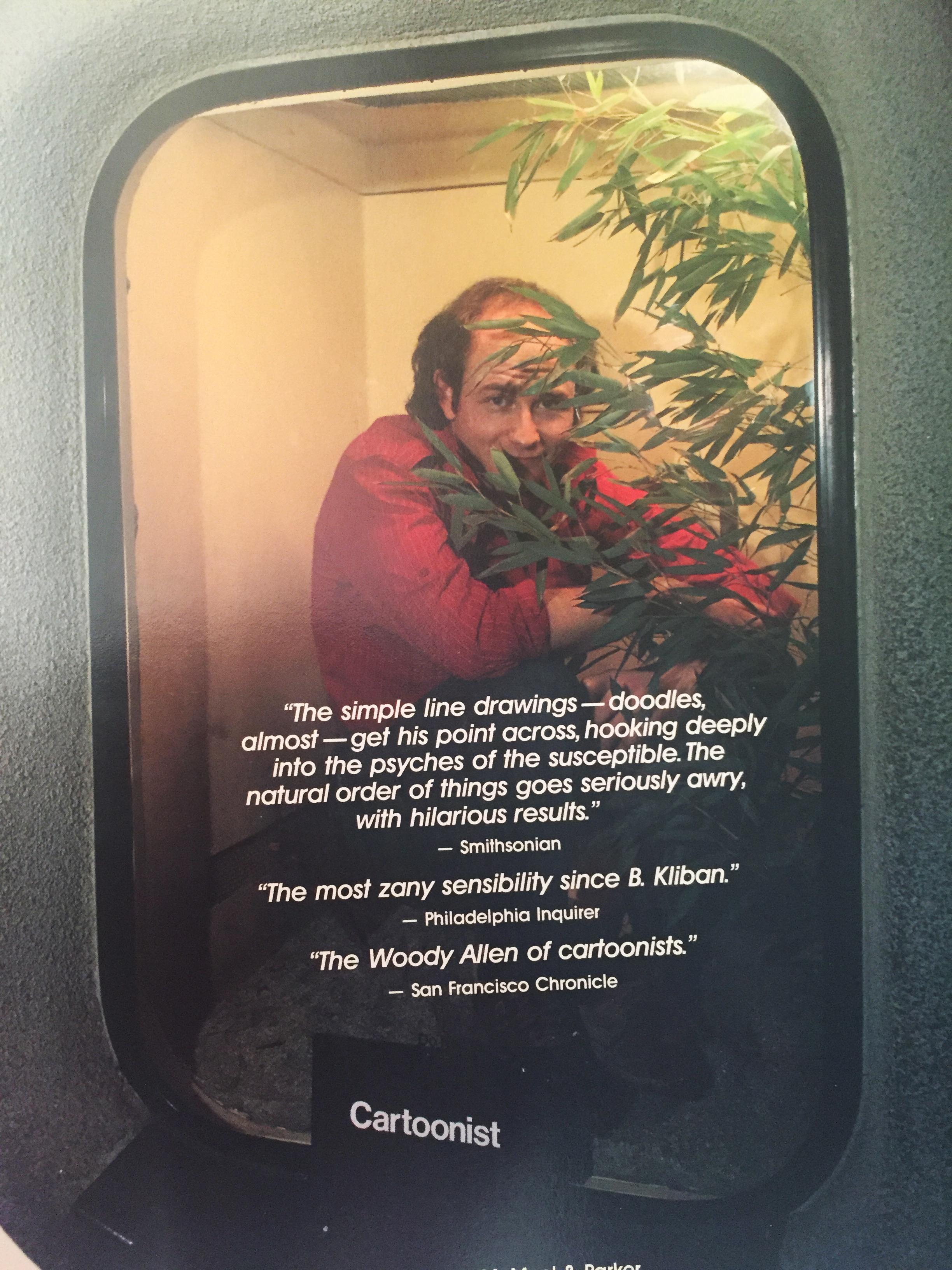