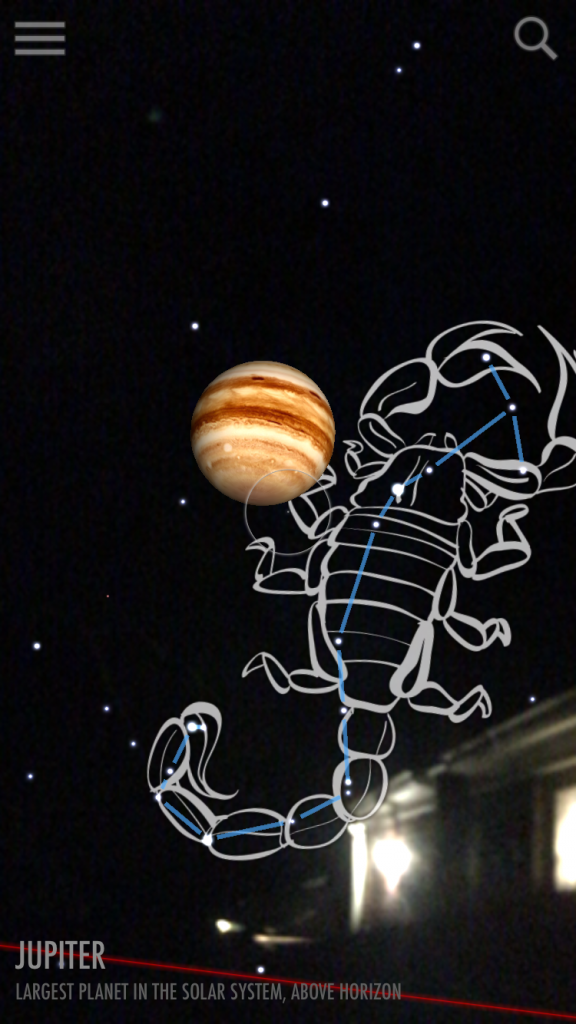 The other night I noticed a fuzzy yellow object up in the sky and even without checking I knew what it was, since Jupiter is the fourth brightest object in the sky, after the sun, the moon, and Venus. The last time I spotted Jupiter—or rather the last time I wrote a blog post about Jupiter since I didn’t actually see it in broad daylight, I just knew it was there with the SkyView app, although it’s so bright you can sometimes see Jupiter during the day—it was also in, or near, the constellation Scorpius. That got me wondering if Jupiter always hangs out near the scorpion. That seems unlikely—planets move, after all, and after a bit of checking I found that Jupiter has been near Scorpius since some time in late 2018 and by January 2020 will move through Sagittarius, then Capricornus in January 2021, and into Aquarius in January 2022, which still seems unusually regular for a planet.

And even though I’m not really into astrology—which I know is so typical of a Sagittarius—I know Scorpios are supposed to be pretty intense characters, and if you don’t believe that a Scorpio is likely to ask if you want to make something of it, but that’s another story. The mythical Jupiter himself was a pretty intense character too, if you catch my drift. He, and his Greek predecessor, were known as “the father of the gods” for a reason. The planet has seventy-nine known moons, all of them named after lovers or children of the mythical Jupiter, and there were so many.

I would wonder if Jupiter’s presence were adding a little extra sting to Scorpios and if it would have an influence on the other constellations as it moves through the others—if I were into astrology. I’d even look forward to January 2020, but I’ll probably have completely forgotten this by then. You know how short the attention span of a Sagittarius is.