We Don’t Need Another Hero.

Freethinkers Anonymous > Submitted For Your Approval. > We Don’t Need Another Hero. 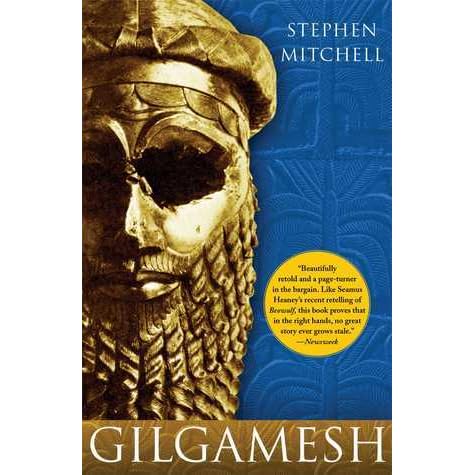 A few weeks ago the podcast The Hilarious World of Depression put out a call for books about depression—specifically books that “get it right”. I missed it at the time or I would have put in a word for The Epic of Gilgamesh. That might seem like a weird choice; most of the selections listeners offered are recent books, but I think even a five-thousand year-old Sumerian epic poem can tell us something about depression. In fact I think part of what’s important is the fact that it’s a five-thousand year-old Sumerian epic poem.

First a quick plot recap: Gilgamesh is a tyrannical king of the city of Uruk. The people cry out to the gods and the gods, working indirectly, send a wild man, Enkidu, who fights Gilgamesh. Even if you haven’t read the epic itself you might have gotten this much from the Star Trek: The Next Generation episode “Darmok”, but that’s another story. Gilgamesh and Enkidu become friends and, being heroes, set out to defeat the demon of the cedar forest. When they return the gods, concerned that the pair are too powerful, send down The Bull of Heaven, which Gilgamesh and Enkidu also defeat. The goddess Ishtar then tries to seduce Gilgamesh but he insults her, and Enkidu throws part of the Bull in her face. Enkidu gets sick and dies, and this is an important turning point in the story. Gilgamesh experiences shock and anger, then leaves Uruk and travels in total darkness:

He ran for three days, and on the third day light broke.

This is the depression stage of his grieving process. What’s so telling about Gilgamesh’s journey is that it is in total darkness, a pretty accurate metaphor for serious depression. Many people describe depression as being a distortion, a veil, a prism, or, as The Bloggess Jenny Lawson says, “Depression lies.”

I’ll stop the plot summary there and just say that next come bargaining and finally acceptance.

It’s pretty easy to become obsessed with The Epic of Gilgamesh. I own at least nine different translations and there are dozens more, from children’s books to graphic novels, and I think part of the reason it’s so popular, the reason it speaks to many people, is what it says about loss and grief. Five thousand years ago a writer understood it, and it’s a message across the millennia: depression is not new, and you are not alone.