Home Away From Home.

Freethinkers Anonymous > Adventures In Busing. > Home Away From Home. 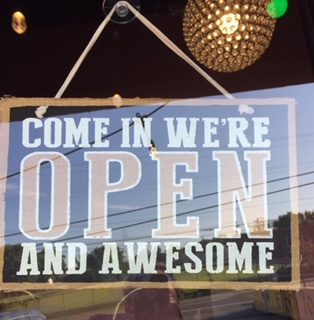 The bus pulled to a stop at one of the shelters where a woman was standing with an umbrella. It was cold and there was a steady drizzle of sleet outside. The driver opened the door but the woman just shook her head. There weren’t any overlapping bus routes so I wondered if she’d just stopped there while out walking. Then a teenage girl walked by me, went out the door, and walked away with the woman. Oh, I said to myself, that was the girl’s mother, waiting for her. Maybe this was a regular thing and I’d just never noticed before, or maybe it was something special she did on this occasion. Sometimes when the weather is really bad and my wife has gotten home ahead of me she’ll tell me to get out at the store instead of my regular stop and she’ll come and pick me up. That way I won’t have to walk home in rain, snow, falling meteors, or whatever, and I can pick up something at the store so we won’t have to cook, but that’s another story.
Seeing the girl’s mother meet her at the bus stop reminded me of a very different time when I was still just a kid in fourth or fifth grade and stood at the bus stop at the bottom of the hill where we lived every morning with five or six other kids. Two of them, Gene and Terry, were brother and sister, and they lived at the bottom of the hill so the bus literally stopped in front of their house, so, unlike the rest of us, they didn’t have to walk a few hundred feet.
One particularly cold and wet morning we were all standing around shivering at the stop and Gene and Terry’s mother invited us in to get warm and have some hot chocolate. I’ve heard that in the upper midwest and in other places that get regular heavy snow some kids used to be assigned a “storm family”, a home near the school where they could go if the buses were stuck. Maybe this is still a tradition in those places. In suburban Tennessee the risk of kids being caught in a blizzard is too small for storm families to be needed.
I’m not sure why being invited in to warm up and have some hot chocolate was a one-time thing. The bus was running late but this was long before smartphones or GPS tracking, so there was no way Gene and Terry’s mother could have known how late it would be. And surely there were other mornings that were just as bad, and, for that matter, if the weather had been really awful any of us could have easily gone to our own homes. Maybe Gene and Terry’s mother just felt like doing a little more that particular morning. Whatever the reason I was glad she did it, and while I remember saying “thank you” I wish I’d thought to do something more as a thank you. It wasn’t necessary; it was just a nice gesture.