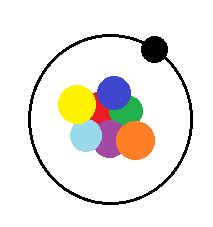 So it turns out 2019 is the 150th anniversary of the periodic table, which is a great way to ring out the old year and sing in the new–much better than a dining table since most people will spend New Year’s Eve standing around awkwardly holding plates and nibbling on appetizers while they wait for the ball to drop, but that’s another story. It was one hundred and fifty years ago that Dmitri Mendeleev first started putting elements in columns and rows, and that was before the invention of the computer spreadsheet which makes it an even more impressive feat. The elements themselves, of course, have been around a lot longer, except for the elements that have turned into other elements, which some have a strange tendency to do.
That reminds me of when I was a kid and got a chemistry set for Christmas. I was obsessed with chemistry. More specifically I was obsessed with crazy chemistry tricks. Most of my experiments began and ended with “let’s see what happens to this chemical when it’s set on fire” resulting in a lot of exploding test tubes and, at one point, an oily residue that settled over part of the garage. And I was obsessed with elements. More than anything I wanted a collection of samples of as many elements as I could safely store in a corner of the garage next to the oily rags and old paint cans, and some I couldn’t store safely. I made elaborate plans to extract pure sodium from salt and thorium from lantern mantles, and I had a jar of pure sulfur, which, by the way, glows a very nice blue color when set on fire, and I had a bowl of lead shavings that I didn’t set on fire but I did manage to melt it, which is impressive since its melting point is 327.5 degrees Celsius, and my grandfather gave me a jar of mercury which was already melted since it’s a liquid at -40 degrees Celsius, and I discovered the spare freezer in the basement didn’t get that cold.
And then I got to take chemistry in school which wasn’t as exciting as I thought it would be–I didn’t get to set anything on fire, but we did have to pick an element from the periodic table and write a report on it, and I was fully prepared. I picked ytterbium. I’d never gotten a sample of it, but I’d read about it. This was before there was an internet so I had to rely on an old set of encyclopedias my parents had that were so old they listed Cleveland as both a major Ohio city and the current president. I learned that ytterbium had the atomic number 70 and a melting point of 824 degrees Celsius, which was probably more than I could manage in the basement garage, and my favorite part was that, at the time, it had absolutely no commercial uses, which made it hard to fill out a report, so I made up some stuff about how it likes to stand around awkwardly at parties nibbling appetizers and waiting for the ball to drop. I managed to get a good grade on it too, which was good because I was fully prepared to get out of class by setting my paper on fire.
And now here’s a famous song about the elements, originally by Tom Lehrer, updated for 2019 by the very funny Helen Arney.