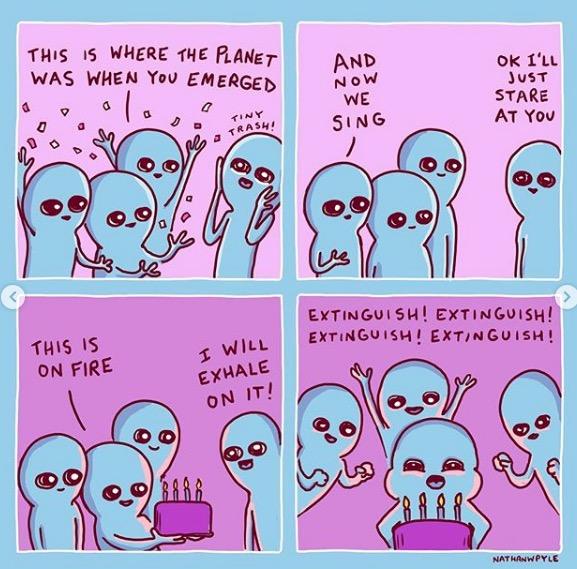 Certain things I learned in school have stayed with me even though they turned out to be much more complicated than I was originally taught, or just plain wrong. For instance I remember a teacher telling me that every seven years every cell in our bodies is replaced. She went on to explain that it didn’t happen all at once, although that would be pretty cool, but rather that some cells lived longer than others so the whole process was more like an anatomical odometer rolling over back to zero. I thought that was interesting especially since, at the time, I wasn’t old enough to have had a reset even twice, which was something I wondered about. I hadn’t even finished growing yet, or so I thought—it wasn’t long before I topped out at a height that left me looking up to most people, but that’s another story.

I know the human body is much too complicated a machine to say with any certainty that anything happens so regularly—in fact part of aging is a gradual diminishment of regularity even with plenty of fiber—there’s still something appealing about the idea of the seven-year renewal, at least for me, at least this year. I’m about to start my forty-ninth trip around the sun. Seven is supposed to be a lucky number, and as seven sevens forty-nine must be especially lucky. And there’s plenty of time for me to contemplate the questions that come with advancing age—questions like, Am I saving enough for retirement? What’s that lump? Am I going to have to tell those kids to get off my lawn? Do chambers ever chamb?

But on my birthday at least there’s a little time to stop and let inertia carry me forward. A few years ago, as I was starting another trip around the sun, I wrote this poem:

Warm in my cocoon, stretch,

Before throwing the sheet

Looking out over miles of empty sea

Without a single stretch of land

To disrupt any possibility.

All through it my brain

Mutters that I have work in an hour.

A miracle without fanfare.

The next you only once were.

That may sound like a downer but really I count myself lucky to be moving through space and time. Here’s to the next lucky forty-nine.