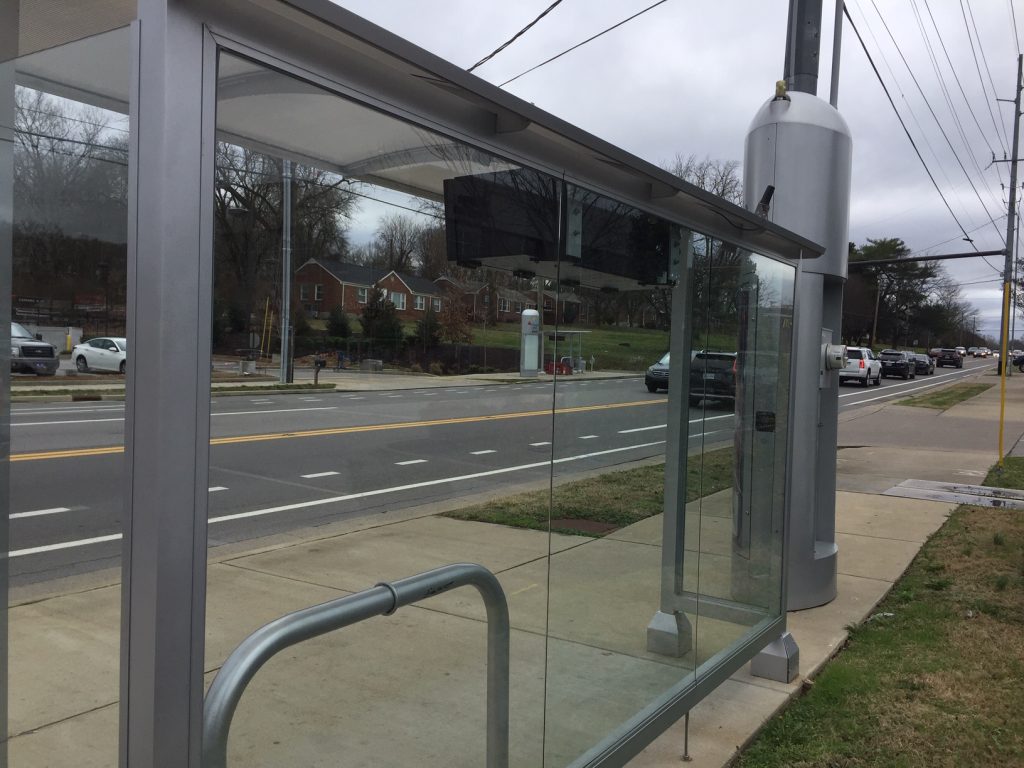 Some bus shelters have a digital sign that says when the next bus is coming. Or at least it’s supposed to. I’d been standing at the bus stop for forty-five minutes and the whole time it told me the next bus would be along in six minutes. I may not be that great at math but I can work it out in my head that forty-five is 7.5 times more than six, even if I do have to use a calculator to confirm that I got that right. And I don’t understand why some shelters have a sign but others don’t. It mainly seems to be the ones where the buses don’t come along that often that don’t have signs, maybe because they don’t want to draw attention to how long the gap between buses is at those stops, although I’m pretty sure if I asked someone at the MTA about it I’d get some lengthy answer about how it was more cost-efficient, and maybe they’d refer to that story about the airline that saved $40,000 per year by simply taking a single olive out of each of the salads they served as part of in-flight meals, although I’m suspicious of that story because the first time I heard it I was pretty sure the amount was $25,000, and other places put it at $100,000, but, really, when you start doing that kind of calculating you can very quickly get lost and pretty soon you’re just eliminating salads entirely, but that’s another story, and eventually it would come out to the same thing, which is that the MTA doesn’t want people to know how long the gap between buses is. And I’m not sure why they bother to advertise when the next bus is coming at the more frequent stops. If someone’s waiting for the bus the odds are they don’t have a lot of choice in the matter and all that sign that tells you when the next bus is supposedly coming is going to do is just make it feel like time is going even more slowly which is why when I say I’d been waiting for the bus for forty-five minutes I’m really exaggerating. It had only been thirty-nine minutes.
There was nothing on the sign to explain why the bus was so late. Sometimes they do that, which is sort of helpful. Sometimes they say when there’s a holiday coming up and whether the buses will be running that day and what their schedule will be, or that the buses have been delayed by ten or fifteen minutes because of traffic or that there’s been an accident and you might as well start walking.
Finally I pulled out my phone and called the MTA’s customer service number. Maybe, I thought, I could talk to a person who could tell me if there was just a delay or if I might as well start walking. To get to a person, though, I had to go through a series of automated options. With some customer service numbers that try to prevent you from talking to a person by bombarding you with automated options first you can just skip to the end by pressing 0 and it’ll take you right to the operator. However someone at the Nashville MTA figured out that 0 X 0 equals you still have to listen to the entire menu before you can talk to a person, which I’m sure they’d tell me saved thousands of dollars per year and they wouldn’t have to eliminate any olives.
Finally I got through to a person who was very helpful, and by “helpful” I mean she was at least nice and understanding even if she couldn’t tell me anything useful, but she put me on hold while she went to check and see why the bus was running so late and she put me on hold so I could stand there and wonder how much money the MTA is saving by putting the customer service people in a basement and not letting them have any contact with the outside world. And then before she could get back to me the bus arrived. I felt bad for hanging up but I couldn’t keep the phone to my ear and pay the bus fare at the same time.