Freethinkers Anonymous > Adventures In Busing. > Off When Idoling.

So I’m very familiar with idling vehicles, mostly from my time on buses with bus drivers who pull over to stop and check their phones or run into a fast food place, leaving me to wonder if I should jump in the front seat and take over. I’ve walked by plenty of delivery vehicles that were rumbling in place, and once or twice I might have called someone to ask if their phone was still running, but that’s another story. There was even the time I was in line at a gas station and the guy in front of me refueled his car while it was still running, and I’m glad it got really good MPGs because we could have been there all day. And I don’t want to brag, oh, wait, I do want to brag that I go pick up takeout at least a couple of times a week and never leave my car running when I do it. It just seems like good sense, but something I never thought about before is the added air pollution of all those idling vehicles. Combustion vehicles pollute the air enough as it is and letting them idle just adds to it, and a lot of it is site-specific pollution. Also I learned not long ago that when those motorized scooters people use to get around will give off a piercing wail when their batteries run down, and noise pollution may not get into your lungs but it can ruin the atmosphere if one’s losing life right outside your sidewalk cafe.
Anyway I’m pretty tickled that in New York City letting vehicles idle more than three minutes is against the law and residents can not only report idling vehicles but get a cut of the fine. Ordinary citizens who report a first-time offender can get $87.50–or a quarter of the total $350 charge. And making it even better is the spokesperson for the anti-idling campaign: 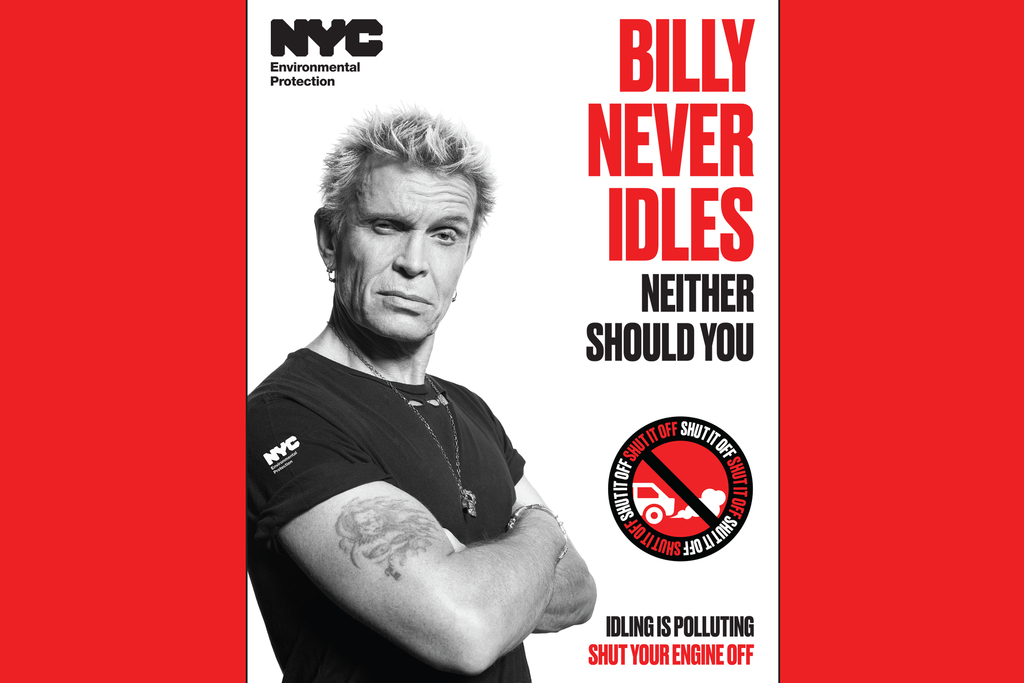 It’s a nice day to stop and start again if you don’t want it hot in the city. If you want to be a lover save me now, don’t break me down, and please, someone, stop that scooter from letting out its rebel yell because I can’t take any more, more, more..