As part of my quarantine reading program I’m going back through some old favorite books, and this week it’s Dogsbody by Diana Wynn Jones. I was ten or eleven when a librarian first handed me this book, somehow guessing that I liked science fiction and dogs, and this was a book that brought them both together perfectly. As Groucho Marx said, “Outside of a dog a book is a man’s best friend. Inside of a dog it’s too dark to read.” 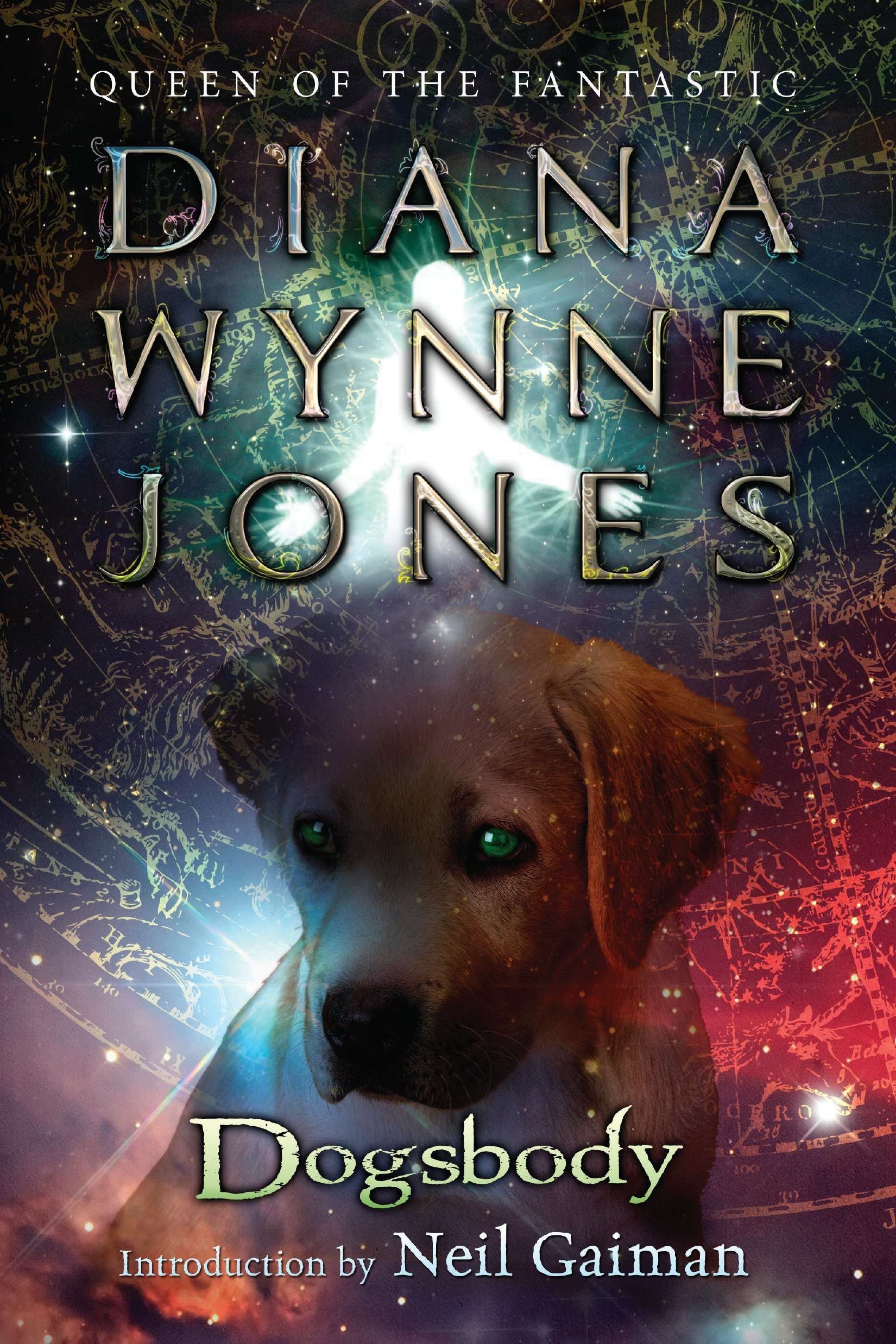 And speaking of dark Dogsbody is, for a young adult novel, one that does get pretty dark almost from the start. If you’re familiar with Diana Wynn Jones—other works of hers that I wish I had handy include The Dark Lord Of Derkholm and Howl’s Moving Castle, which was adapted into the animated film directed by Hayao Miyazaki–you know her books tend to throw readers into the deep end of the pool. Whereas most fantasy novels either provide a character from “the real world” who offers an outsider’s perspective, as in the case of, say, Robert Heinlein’s Glory Road, or provides an explanatory introduction and notes along the way, like Anne McCaffrey’s Dragonflight, Jones often starts novels in the middle of events, sometimes even in the middle of a conversation. Dogsbody opens with the star Sirius–in the book stars are sentient, living beings that communicate–accused of killing a lesser “luminary” with a highly powerful object called a Zoi, which has fallen to Earth. Sirius, being “the dog star”, is sentenced to be sent to Earth in the form of a dog. If he finds the Zoi he can return to the stars; if not, well, it’s a dog’s life. And in fact almost as soon as Sirius is born a puppy he and his littermates are stuffed in a sack and nearly drowned. Fortunately he’s rescued by a young girl named Kathleen. Her story is no less complicated than his, though: she’s staying with a foster family while her father is in prison. She’s harassed for being Irish, and her foster mother considers both Kathleen and Sirius to be mongrels.

A story about a girl and a supernatural canine could easily be cheap and cloying, but whether Jones was writing about “the real world” or a fantasy world she nicely balanced light and dark, giving everything a solid, if sometimes grim, reality. There are also subtleties I picked up on reading Dogsbody as an adult which I missed as a kid. Returning to the book I know “dogsbody” is British slang for someone assigned menial tasks, and being under quarantine I’ve been kind of a dogsbody myself, frequently with the help of our dogs, but that’s another story. I also picked up on the fact that Kathleen’s father is probably a member of the IRA, even though Jones doesn’t provide any actual details. Nor does she need to. Dogsbody is ultimately a story of two outsiders who find each other, and how a dog is a girl’s best friend, and vice versa.