Freethinkers Anonymous > Submitted For Your Approval. > Into The Light. 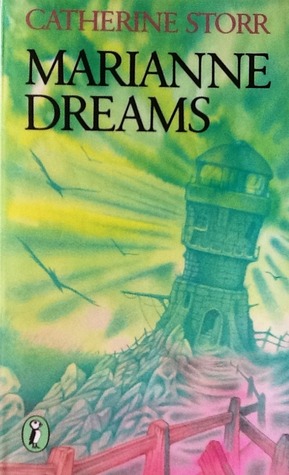 Sometimes I stumble onto a book I wish I’d read as a kid. Marianne Dreams by Catherine Storr is one of those, although I’m also kind of glad I didn’t read it as a kid. I’d heard about Marianne Dreams  from someone who did read it as a child and had nightmares about it and I thought, well, that sounds like a fun book.

And it is a fun book, one I’d definitely share with my kids if I had any, and then I’d feel guilty because it’s also seriously creepy and would probably give my kids nightmares. I may read it to the dogs, though, and, by the way, if you have kids and also dogs there are definite benefits to letting your kids read to your dogs, although ours sometimes lose interest in what I’m reading to them, especially if a squirrel goes by, but that’s another story.

I’ll also say that Marianne Dreams might not be the best book to read right now if you’re socially isolated because of illness because, well, it’s about a young girl who’s socially isolated because of illness. It’s a little reminiscent of Neil Gaiman’s Coraline, although subtler and in its own way much darker. Marianne is a young girl who’s sick and confined to bed and draws to occupy herself. When the woman tutoring her tells Marianne she’s also teaching a boy named Mark, also confined to bed, Marianne draws a house and puts Mark in it, but forgets to give the house doors or stairs, so the Mark she’s drawn is trapped.

When she starts to visit the house, and Mark, in her dreams she adds stairs and doors, and food, and other things. But then when she gets angry with Mark she adds something else. She adds something dangerous.  that threatens them both, and since Mark can’t walk she has to rescue him.

What makes it great is Catherine Storr didn’t idealize children. Marianne and Mark get annoyed with each other and yell at each other, but also bond over having to depend on each other. The fact that it’s Marianne’s anger that creates the threat, and that she can’t just take it back but has to work to get them out of danger, is also handled with just the right amount of subtlety. This isn’t a morality tale with clear answers.

And this ambiguity extends beyond Marianne’s dreams. Is she really meeting, and helping, Mark, who, her tutor tells her, is getting progressively sicker?

Marianne Dreams was adapted in 1972 for British television as the six-part series Escape Into Night, which, amazingly, is available in its entirety on YouTube. The original color version was destroyed but a black and white copy survived and, really, the black and white just heightens the eeriness.