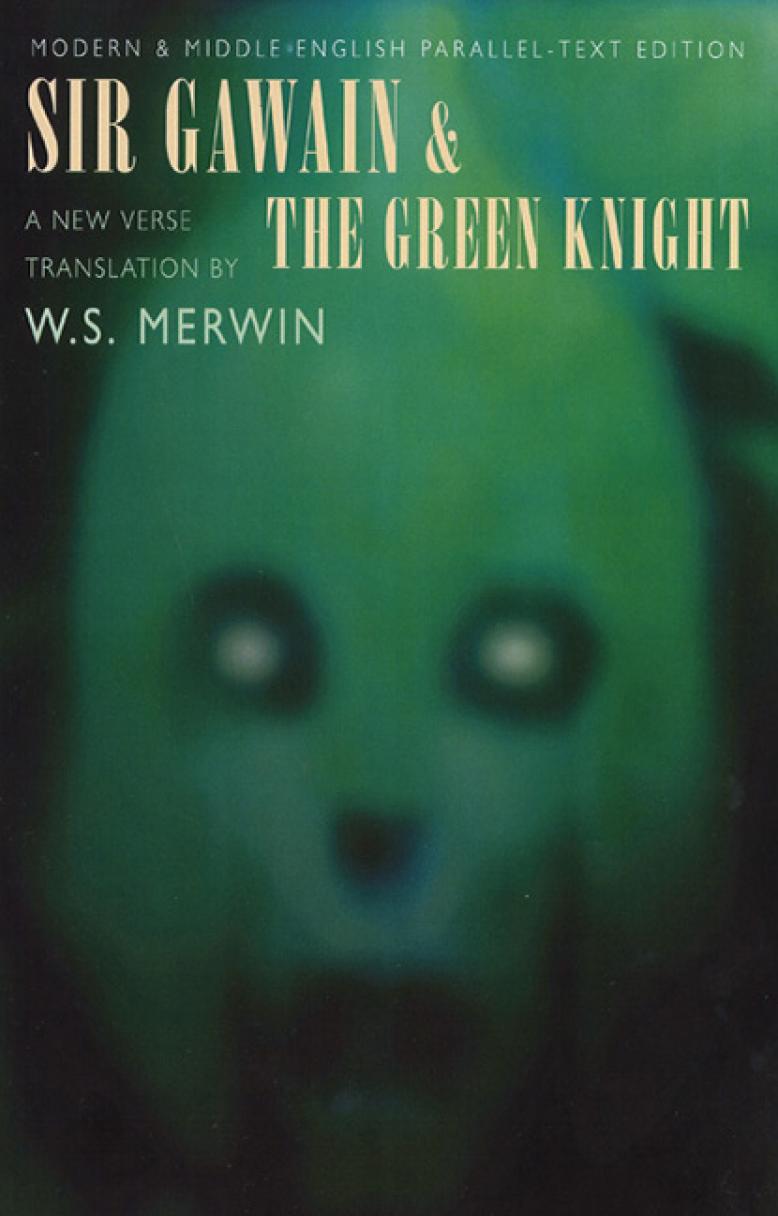 It’s too early for Christmas, or even Christmas in July, which some people celebrate because they can’t wait twelve months, and the way this year has gone I can’t blame them, but I’ve pulled out Sir Gawain And The Green Knight because, well, it’s one of my favorite stories. And the version by W.S. Merwin is especially good—it’s one of five I’ve read. It’s the easiest to read, even though it’s a really weird story with an ending that’ll leave you scratching your head and wondering what just happened, but I’m getting ahead of myself. Although getting ahead is exactly what the story is about. If you’re confused yet I understand. If you’re not maybe you can explain to me what’s going on.

The story opens on Christmas Day at King Arthur’s court at Camelot, and the monarch demands to see or hear something exciting. Exactly on cue a green giant, who’s anything but jolly, rides a giant green horse into the hall, carrying an axe and a holly branch. The giant calls all the knights weaklings and offers to let anyone who wants to strike him with the axe, on the condition that, one year hence, they submit to the same blow from him. All the knights look uncomfortably at each other and shuffle their feet until Arthur accepts the challenge. Gawain, the youngest knight, won’t let his king be put in danger, and steps up. Gawain takes the axe and wields it like a boss, beheading the giant. And the giant reaches down and  picks up his head, which reminds Gawain that in a year’s time they’ll see each other at the Green Chapel.

Several months go by and Gawain gets more and more nervous, but, as Christmas approaches, he sets off in search of the Green Chapel. This is one of the funny details of chivalric stories that Mark Twain makes fun of in A Connecticut Yankee In King Arthur’s Court, but that really is another story. Gawain has no map and no clear idea where he’s going, but he sets off anyway, trusting he’ll find the place by the appointed time. And this is part of the point. Gawain is young but confident; he’s sure of himself even though, as far as we know, he’s still untested.

Along the way he fights monsters and sleeps in his armor on bare rock. All this could be an excellent story in itself, but it’s skimmed over in a few lines—it’s not what the story is about, and Gawain’s virtue sees him through all hardships. Finally he comes to the castle of Bertilak de Hautdesert, who tells him the Green Chapel is nearby and invites Gawain to stay a few days, assuring him he can set off Christmas morning and make his date. In the meantime Bertie suggests they play a game over the next few days: whatever each of them gains during the day they’ll give to the other. He goes hunting and Gawain, visited in his bedroom by Lady Bertilak, gets a kiss from her. That evening Bertilak gives Gawain a deer and Gawain gives Bertilak a kiss—without telling him where it came from.

The next day Bertilak presents Gawain with a boar, and Gawain gives him another kiss.

The third day Lady Bertilak gives Gawain a green and gold silk girdle she tells him is magic and will protect the wearer from all harm. Since Gawain is looking forward to losing his head at the Green Chapel it’s a tempting prize. Lord Bertilak’s present is a fox and Gawain gives him three kisses.

Ultimately Gawain keeps his head but the swelling is reduced. It turns out he’s human after all. So is the Green Knight, but I won’t say anymore.

When I started rereading it I knew there’d been two film version of the story, but I haven’t seen either one. In fact I find it really hard to imagine how it could be translated into a screen version without losing most of what makes it such an interesting story. And I discovered there’s a new film version that’s scheduled for release at the end of May. It looks bonkers and terrifying and, well, really pretty good. Maybe Christmas comes early this year.