Like a lot of kids I was fascinated by dinosaurs. I had at least a dozen dinosaur books and even more dinosaur toys and I loved imagining a world ruled over by giant reptiles–not just oversized versions of the lizards I kept as pets but wildly varied reptiles unlike anything that was around now. It’s a funny thing that what scientists think dinosaurs might have looked like has evolved, and evolved really quickly. Sure, there have been changes in the view of dinosaurs even from the very beginning—the early 19th century paleontologist Gideon Mantell thought the iguanodon had a horn on its nose. Later fossil finds would lead scientists to the realization that the “horn” was actually a giant thumb, leading the late 19th century paleontologist Louis Dollo to say to Mantell, “Look up, look down, look at this dinosaur thumb. You’re dumb!”
And then there’s Tyrannosaurus Rex, which should have been the villain of the first Jurassic Park movies but the real villain was the fact that the oxygen content of the Earth’s atmosphere was much higher 65 million years ago which is one reason we don’t have giant reptiles running around anymore. It isn’t just that a giant meteor hit the planet and wiped them all out. Ecological changes made it impossible for reptiles to get that big again, although for a while humans shared the planet with giant mammals, including armadillos the size of a Volkswagen Beetle. And that makes me wonder why Volkswagen named their car after a bug when bugs never have gotten that big–on this planet, anyway, although I guess the Volkswagen Glyptodon doesn’t exactly roll off the tongue.
To get back to Tyrannosaurus Rex, though, recent discoveries and careful examinations of the fossil record have led scientists to think that dinosaurs had feathers, so instead of a big scaly and terrifying reptile T. Rex probably looked more like a goofy oversized turkey. 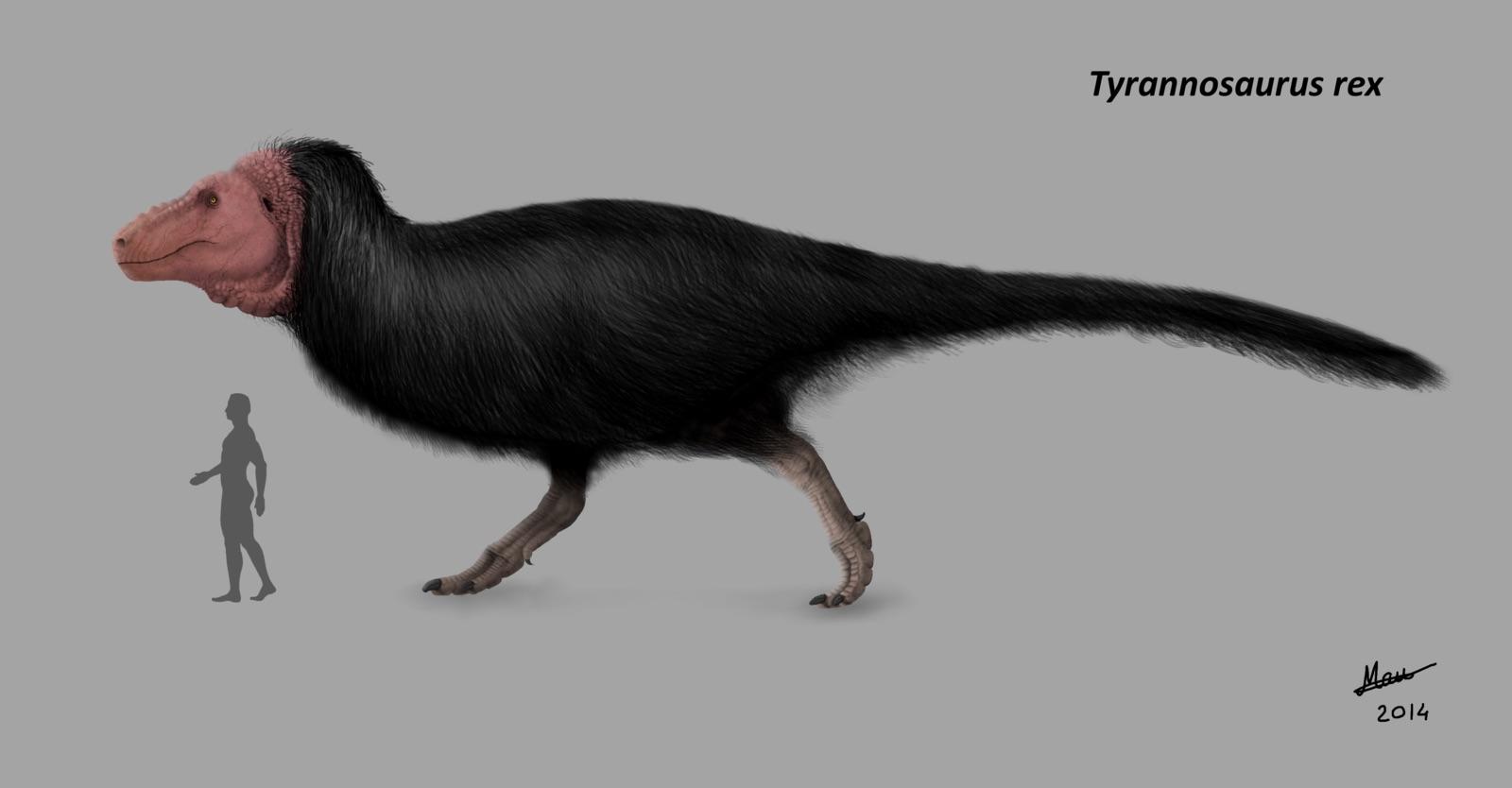 That might seem less terrifying although if you’ve ever been up close to a wild turkey or any other large bird you know they can be pretty scary. I’d rather take on a full glass of Wild Turkey, just like I’d rather have a bottle in front of me than a frontal lobotomy, but that’s another story.
Recreating what dinosaurs may have really looked like is as much of an art as it is a science–or rather it’s an art that’s informed by science, and science has to admit that sometimes mistakes or made, or that what we know isn’t complete. The facts don’t really change, but how we understand them does, and sometimes that understanding is shaped by new facts, things we didn’t know before, adding new layers.