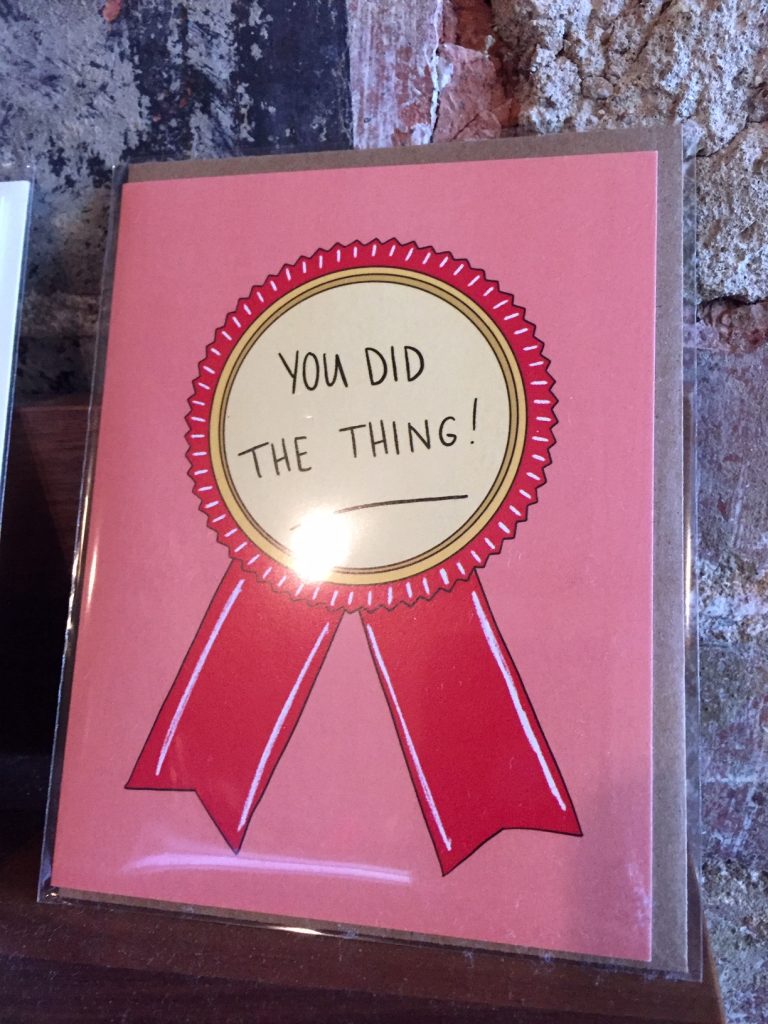 My wife and I have two different vehicles: a van and a smaller car that still has plenty of storage space in the back. I only drive the smaller car and have plenty of junk in the trunk even when the car is otherwise empty. The van is used mainly for transporting the dogs, or at least it was when my wife was still regularly going to dog shows, although she’s been able to get back to some small training classes, and the occasional trip to the vet for a checkup. The van also carried us across the country, from Tennessee to California, twice, when our dogs qualified for the National Agility Championships two years in a row. Since I’d never driven the van we talked about me taking over the wheel for a while on some of the straight, mostly empty stretches between Amarillo and Albuquerque, but that never happened, in part because the dogs got diarrhea–four times–and we also got stranded in a snowstorm in Kingman, Arizona, although that only happened once. And also I think my wife decided it wouldn’t be a good idea to let me drive the van because if I were in charge we’d stop at every little roadside stand and tourist trap along the way, but that’s another story. The van and car are also both Hondas and pretty popular vehicles in our neighborhood. In fact, once, when my wife was gone to a dog show and I was on my way home from work, walking home from the bus stop in fact, a car just like ours sped past me and I wondered if my wife had forgotten something and was coming back to get it and, furthermore, why, if that were the case, she didn’t stop to give me a lift. And then I remembered that she would have taken the van and just as I was thinking that a van just like ours sped past me.
So last week my wife took the regular car to the store for her weekly shopping trip. This is a habit we started when we first went into quarantine and have stuck with because it’s worked out pretty well. Those little trips I used to make to the store every other day to get something we forgot or didn’t realize we needed don’t happen anymore, mostly because it turns out the things we didn’t realize we needed aren’t that needed after all, or at least they can wait. It also works out better because she’s a much more organized shopper whereas I will stop and look at every roadside stand and tourist trap in the grocery store aisles.
I was working away while she was at the store. The phone rang. It was my wife.
“Can you drive the van?”
Theoretically I can do almost anything, but this didn’t sound like a time for long answers so I just said, “Yes.”
“I left my purse at home. Can you bring it to me?”
It turns out when you’re buying groceries money, or a payment card of some type, is one of those things that is needed, so I pulled out the spare key and went to open the van. And I had a moment of panic because it’s got one of those fobs with the lock and unlock button but the spare key hadn’t been used in so long the fob no longer worked and I wondered how I was going to get the van open until I remembered that the key could be used in the lock. I was pretty nervous about driving the van.

The van is quite a bit bigger than the regular car, bigger than any vehicle I’ve ever driven, really, unless you count that time when I was a kid and climbed up into a bulldozer on a construction site, but I didn’t really drive it; I just pretended it was a dinosaur.
There’s a saying that there’s a first time for everything. Strictly speaking that’s not true. There are a lot of things that will simply never happen. But I knew that sooner or later there was probably going to be a time when I’d have to drive the van. And it worked out just fine, and I got there quickly, mostly because there are no roadside stands and tourist traps between our house and the store.