When I was a kid I went through a period of being obsessed with puppets. I don’t remember how long it went on—it really doesn’t take much to say “I’ve been into something my whole life” when you’re five or six. I know it was partly inspired by The Muppets and Sesame Street, but really I didn’t discriminate. If it had puppets in it I would watch it. I think it was also at least partly inspired by the fact that I had an imaginary friend named John. For a long time John didn’t have any corporeal form, leading to an unfortunate incident when he jumped out of the window of a moving car on a long road trip. John wasn’t around for a couple of weeks but then one day he showed up again, having walked home. He would have arrived sooner but had mistakenly taken interstate 44 out of St. Louis, but that’s another story. One night I was with an aunt and uncle and saw a dilapidated puppet flopped out on a shelf in a store. Having done some digging I’m pretty sure it was what was sold as “The Anything Muppet”. 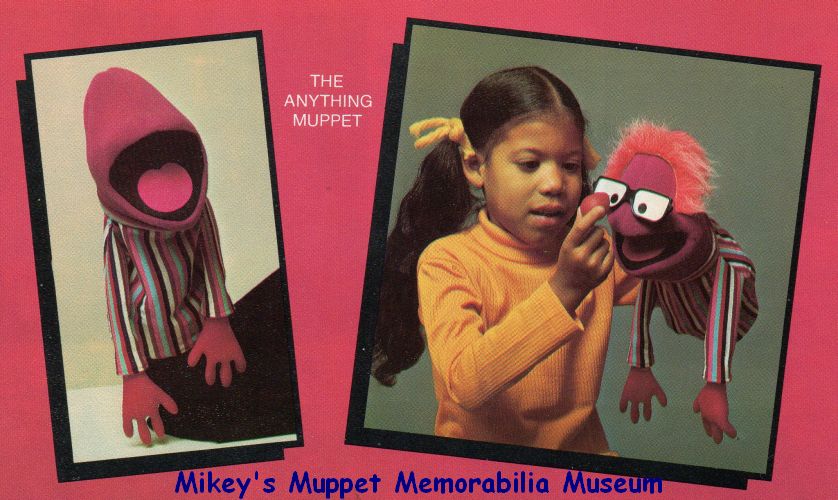 It had been unboxed, however, so the associated pieces were missing. My mother sewed on some eyes and the puppet became John.

What started me down this particular memory lane is the fact that the Nashville Public Library has started offering curbside pickup and they put together an amazing puppet video to explain how it works. And that took me down a parallel memory lane to the puppeteer and children’s book author Tom Tichenor, also a Nashville native, who put on puppet shows at the public library. I remember being absolutely fascinated by a production he did of Grimm’s Three Little Men In The Woods, mostly with marionettes. He also worked on the TV show The Letter People—a fact I didn’t know the one time I met him. I wish I could have talked to him about that, but we did talked about his book Sir Patches And The Dragon, which is a great fairy tale too. Or at least I tried to talk. I was kind of tongue-tied.