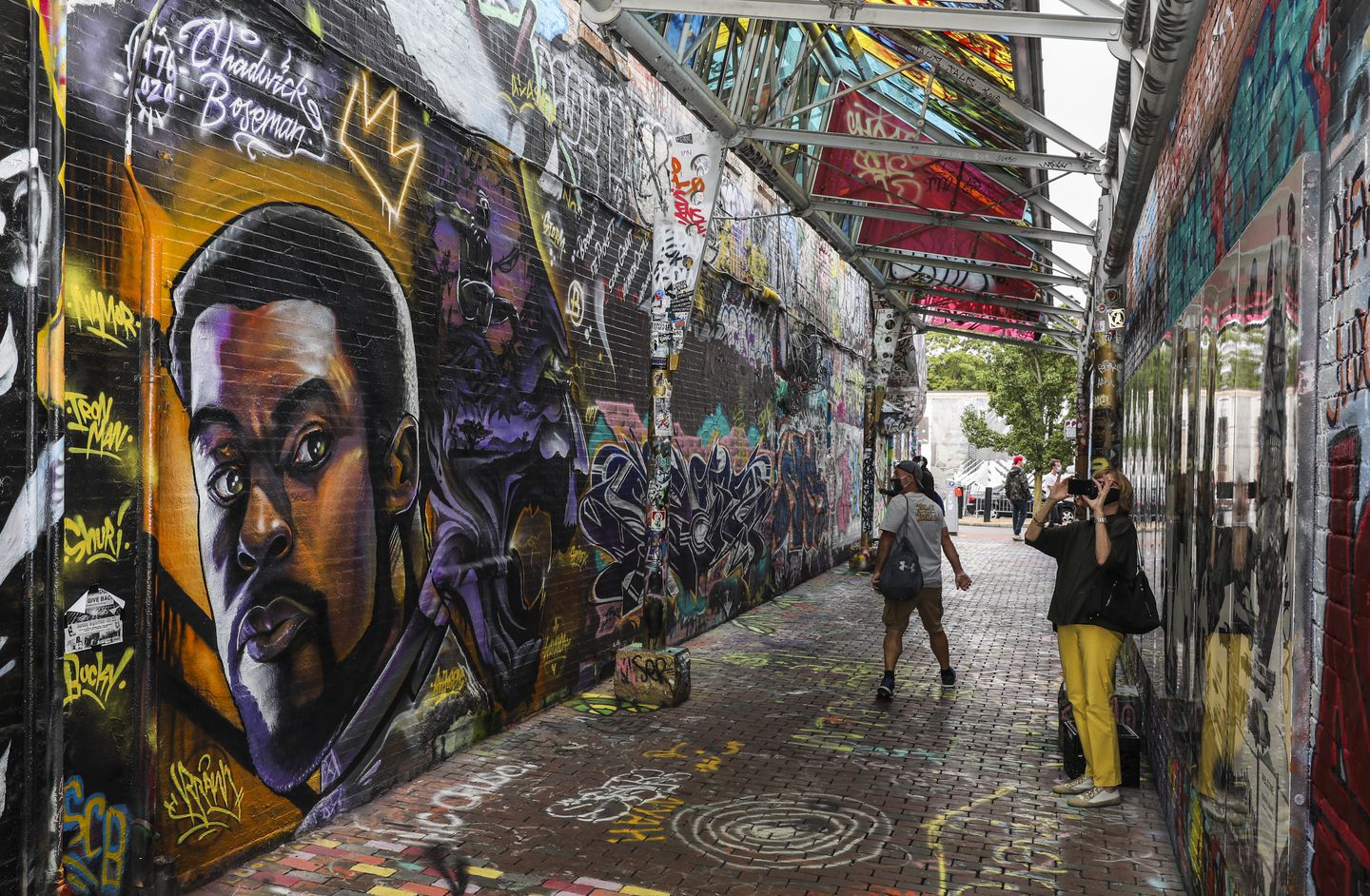 Public tributes to Chadwick Boseman, like the one in Graffiti Alley in Cambridge, Massachusetts, are a reminder that he was a public and very prominent figure. And yet he kept his cancer diagnosis private so that many of us who are fans were shocked by his death. I know some have criticized him for not speaking up, saying he missed an opportunity to educate the public about colorectal cancer and its changing demographics. It’s rising among younger people and Black people. I won’t repeat or even link to the critics but at the same time I will acknowledge them. He didn’t choose to get cancer, but he could choose how he responded to it. I don’t know why he chose not to talk about it but I know when I was diagnosed with cancer I didn’t want to talk about it, and didn’t tell anyone outside of a few people for three weeks. And when I did talk about it I joked about it because it was hard for me to admit even to myself, even after I’d started chemotherapy, that it was really happening.

There are a lot of reasons my own fight with cancer is different: I had a different, and much more treatable, cancer, and my own treatment was probably a lot easier than his. And yet I remember days when I didn’t even feel like getting out of bed. I was out of work for six months because my immune system crashed. He kept working, filming and co-producing Marshall, Black Panther, and two Avengers films. He was even confident he could finish Black Panther 2.

Also consider four major roles that help define his career, a career that was cut too short: Jackie Robinson, James Brown, Thurgood Marshall, and T’Challa, the Black Panther. There was some luck involved—in art and in life none of us can control everything—but he chose to portray four people, three real and one fictional, who are all legendary. He chose roles that contributed to discussions about race in the United States.