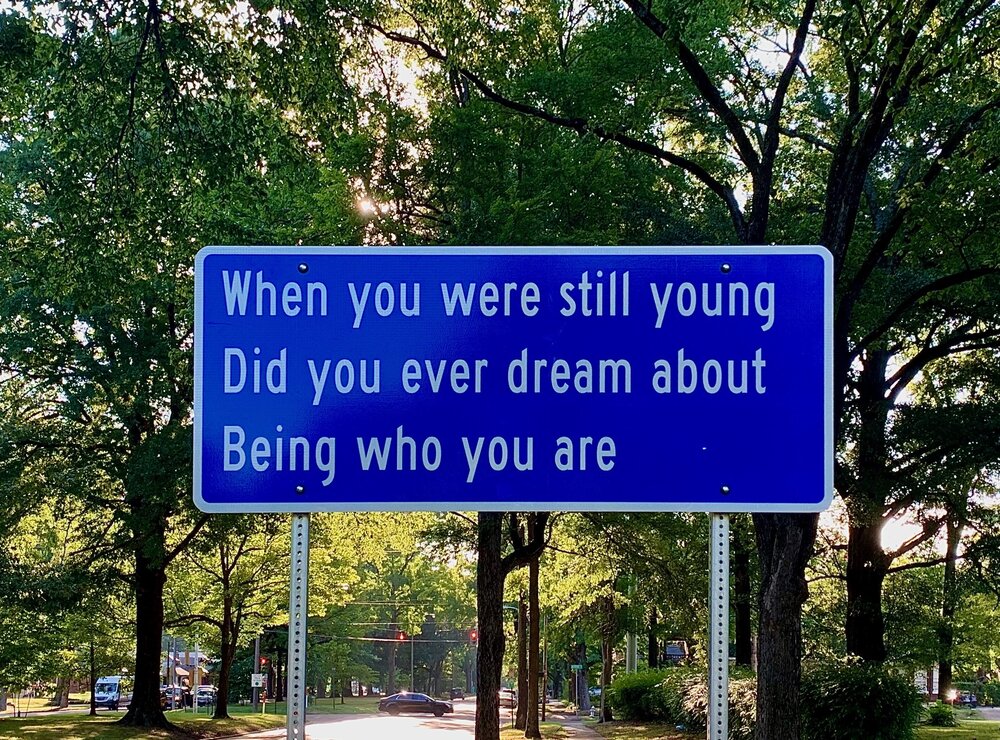 So I’ve captured a fair amount of roadside art over the years but this takes it to a whole new level. Some anonymous artist is putting up roadside signs with senryu, a form of  Japanese poetry. Although senryu tend to be seventeen syllables (with some exceptions) they’re different from haiku because while haiku traditionally evoke nature, particularly the seasons, senryu are humorous or satirical. Here’s an anonymous one I remember reading back in college:

As he loves her up

Yeah, it falls short of the syllable count, but I think we can let it slide because it’s hilarious and says so much in just a few words.

The ones popping up around the country use the same design and shade of blue used for government road signs for services and recreation, which I think is also hilarious, and it’s why I’ll let it slide that not all of the signs are humorous or satirical. Some are thought provoking, poignant, even profound.

You can see the complete collection of signs at the website. And because there’s a website it’s technically possible to track down the artist but, as with some poems, I think it’s best to let the creator be anonymous. 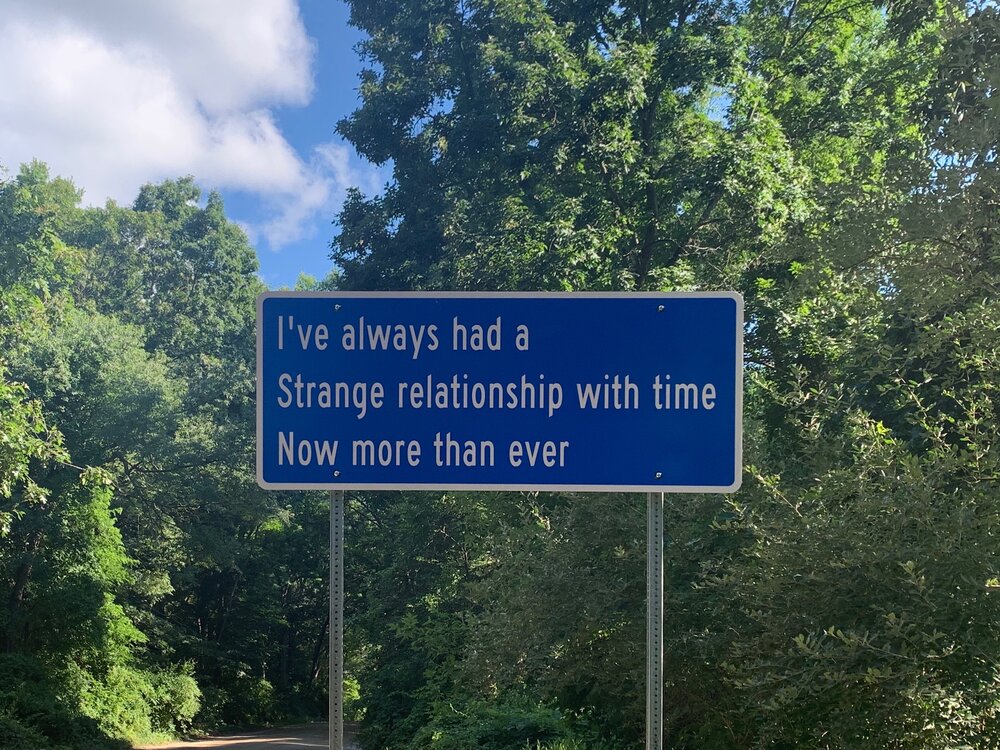