Big Dave was an English taxi driver. I met him when I was a student in England and he worked for a local taxi company that shuttled students back and forth between Harlaxton Manor where we lived and had our classes and nearby Grantham where we went to pubs and threw up in the street, but that’s another story. We called him Big Dave because he took up most of the front of the taxi. And also there was another guy named Dave who worked for the same company. Little Dave. He was the exact opposite of Big Dave. It’s not unusual to meet two guys named Dave, even two guys named Dave who worked for the same small company, but they were so different it was as though they’d both been cooked up in some mad scientist’s experiment. Big Dave had straight black hair with a streak of gray and jet black eyes. He always wore a gray-green jumper—sweater on this side of the pond—so he kind of resembled a big mossy boulder. Little Dave preferred powder blue shirts and had curly ginger hair, and he wore glasses over his pale blue eyes. Big Dave was also chatty and always had a story, like the time he was bitten by the only poisonous snake in Britain, but Little Dave was quiet, and so small that if you sat directly behind him and leaned back you could almost imagine the cab was driving itself.

So one Saturday morning I was riding into Grantham with Little Dave and we passed a house that was covered with crows. Absolutely covered. There were so many I wasn’t even sure there was a house underneath. Maybe there was some ravens there too. 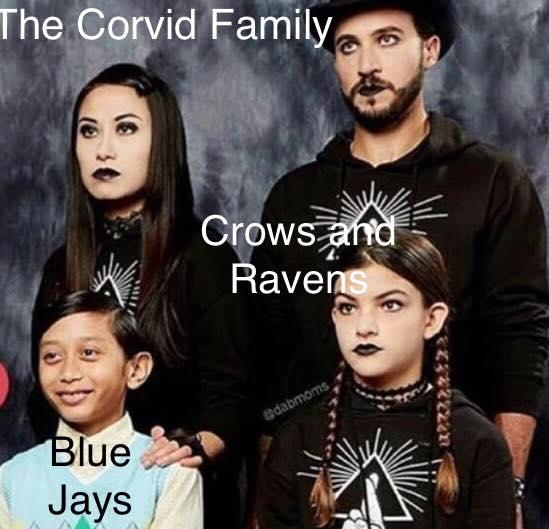 “Did you see that?” Little Dave said. I perked up, unused to hearing Little Dave say anything other than “That’ll be £1.50” and “Ta very much.”

“Yeah, a lot of them on that house back there.”

I leaned forward. “Isn’t there some folklore about crows on a roof?”

“One for sadness, two for mirth;

Three for marriage, four for birth;

Five for laughing, six for crying:

Seven for sickness, eight for dying;

Nine for silver, ten for gold;

Eleven a secret that will never be told.”

“There were a lot more than eleven on that house,” I said. “What does that mean?”

“It’s either really good for them or really bad,” and Little Dave started to laugh and didn’t say anything for the rest of the trip.