Knockin’ On My Car Door. 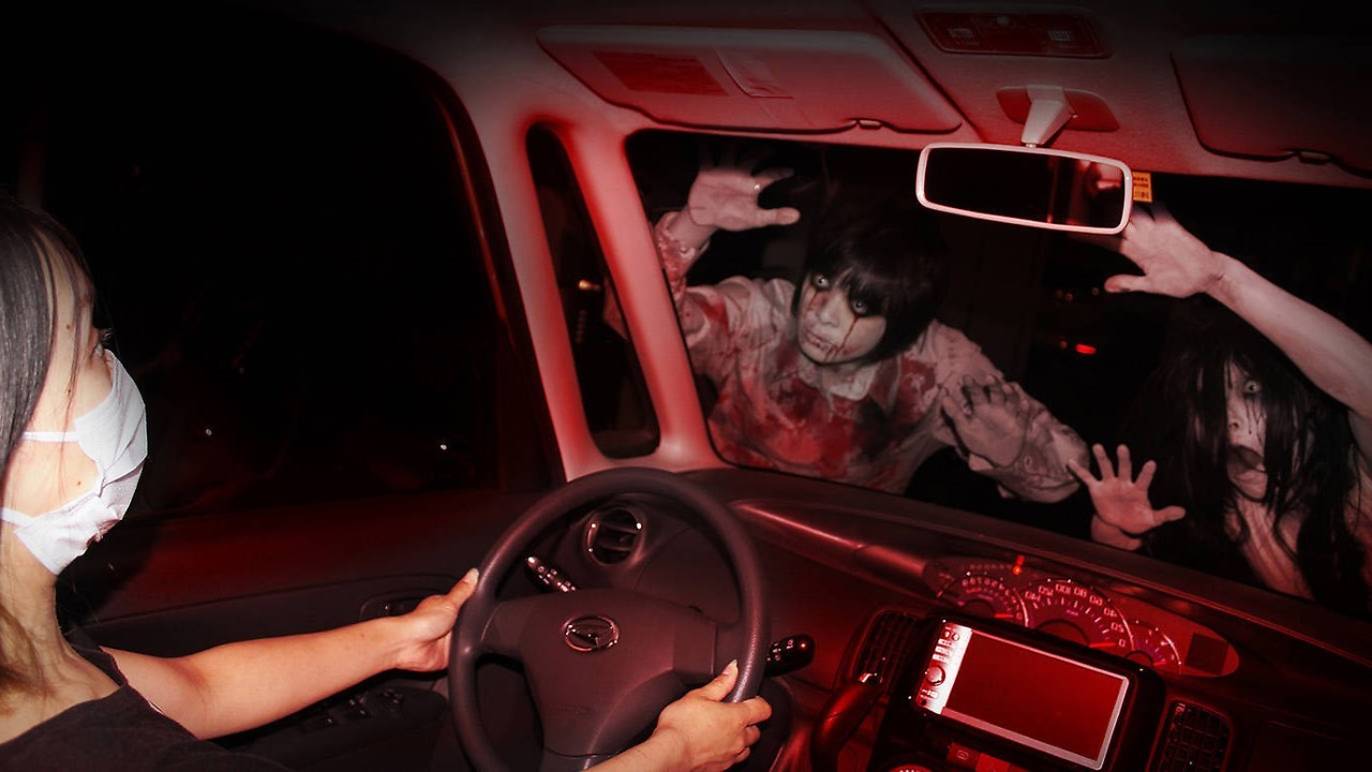 So my plans to visit a local haunted house, plans I made, well, about a year ago, or maybe even longer. The last time I went to the Nashville Nightmare was 2017 and I’m pretty sure I started making plans to go again about twenty minutes after I left because in spite of the long lines it was a lot of fun. Even though I was pretty sure I was safe there were even times I was genuinely scared, like when I was going through one house and heard chainsaws. I sat down to watch The Texas Chainsaw Massacre a few years ago thinking that, well, it’s a classic of horror cinema, and, hey, how bad could it be? And I got about twenty minutes in, before anything really terrible had happened, and I was already freaked out because I knew there was going to be a massacre and there would be chainsaws involved and I had to turn it off.

The same circumstances that smacked down my plans to get good and scared this Halloween have also prompted some haunted houses to create drive-through experiences—an idea that should have occurred to anyone who’s been through a car wash because giant brushes pounding loudly on your car while it gets doused with hot wax is, if you think about it, pretty terrifying, but that’s another story. What is reportedly the first drive-through haunted house opened in Japan back in August with others in the U.S. opening in places like Chicago and Portland, Oregon.

While most commercial haunted houses are walk-through experiences putting the audience in a vehicle isn’t not exactly a new idea. They may be the first to use people’s cars but the “dark ride”—like Disney’s Haunted Mansion—that carries riders through a strange or scary experience has been around since at least the 19th century and the first mechanically powered one was A Trip to the Moon, which premiered at the 1901 Pan-American Exposition and became a centerpiece of Coney Island’s Luna Park.

Since most haunted houses–the commercial kind, not actual haunted houses which are a whole other subject–are seasonal affairs making them self-guided was a good way to keep the construction and maintenance costs down, but letting people drive through a terrifying experience in their own cars solves the problem of people wanting to be scared without getting so up close and personal with their terror. And it works. The ways we scare ourselves keeps evolving even if the same things keep scaring us. For instance a chainsaw can go right through a car.

And that almost concludes this year’s Halloween Parade but, as always, the last word goes to Lou Reed.