Send Out The Clowns.

Freethinkers Anonymous > Adventures In Busing. > Send Out The Clowns. 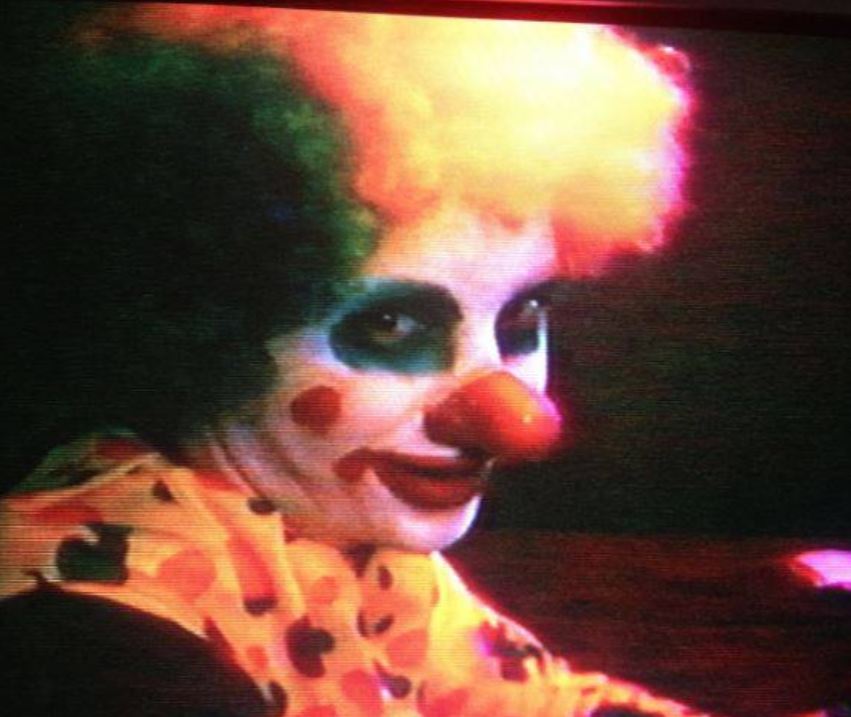 That’s me under all that makeup.

Several years ago I had a small part in an independent film called Encounter. My first scene is pretty funny. The hero, a guy who’s seen a UFO, is complaining about how everyone thinks he’s crazy or a joke, and  the writer and director very cleverly had me start speaking off-screen, responding to the hero’s moans. Then the camera turns to reveal that I am, well, a clown—a drunk, angry clown doing shot after shot as I go into a foul-mouthed rant about how everyone thinks they’ve got problems but no one understands how bad I have it. Maybe I should preface that with a “spoiler alert” but, as far as I know, it was only released on VHS so the odds of anyone finding a copy, let alone having a way to play it, are pretty slim. I have a second appearance too, also as a clown—it’s a somewhat subtle joke; there’s also a guy in a therapy session with an I HATE CLOWNS t-shirt, which would explain why a clown really does have problems. And a lot of people do hate clowns, even before Steven King’s IT put a scary clown front and center, or rather in the sewer. There’s even coulrophobia, the fear of clowns. How many other professions can you think of that have their own phobia? Not even mimes have one and I think a guy trapped in an invisible box is a lot scarier than any clown, but that’s another story.

Some of us, of course, like clowns, and if you have a friend in the San Francisco area you can send someone a screaming telegram delivered by a clown, and you can even add some extras, like “cupcakes, to something more adult, like a bottle of Halloween Hooch served in a wrinkled brown paper bag”. Or you can order a video if they live elsewhere, although the ones delivered locally make me wonder how these clowns are getting around. Probably by car but still I think the only thing better than riding one of the city’s famous cable cars would be sharing the ride with a clown. Or maybe not. I’ve ridden the bus with enough bozos.

For extra fun send one to someone who hates clowns.

Here’s the trailer for Encounter and if you don’t mind a little adult language and want to see me in action you can also check out the outtakes.