A Sense Of Community.

Freethinkers Anonymous > Adventures In Busing. > A Sense Of Community. 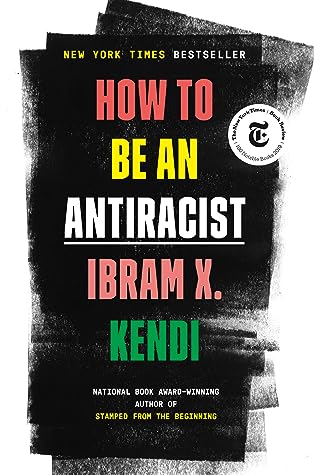 Nashville is starting a new project called Just Conversations and a community book reading of How to be an Antiracist by Dr. Ibram X. Kendi, which is a great book and making it a shared event with a panel discussion is a great idea. And circumstances still being what they are the event will be virtual which means it will be accessible to even more of the community than it would be if it were hosted at a specific location, which is great. I really appreciate that there are events like this designed to bring the city together, to create communication and just sharing. Still it just reminds me that less than a year ago I probably would have found out about an event like this because I’d see it advertised on the bus. There were only a few people whom I saw or even talked to regularly on the bus, and while I did get to know some drivers there was also a lot of turnover and I guess because of scheduling there seemed to be a lot of turnover the past few years, but I still felt like bus riders were a community, part of the larger community, but what we had in common was we were all headed in roughly the same direction.

Things are definitely getting better but it will still be a while before I go back to work, and when I do I won’t be riding the bus anymore, at least not as often as I used to. And the new normal we as a whole have to look forward to is going to be different from the way life was even a year ago.

This day also has me thinking about the legacy of Dr. Martin Luther King, Jr., and specifically what it means for communities. Nashville was an important center of the civil rights movement, and, like all cities, still has a role to play in the ongoing work. Unlike Montgomery, Alabama, which, just last month, marked the 65th anniversary of the start of the bus boycott that ended segregation in its public transportation, Nashville didn’t have a major bus boycott. Still that event should remind all of us of the value of public transportation and how it doesn’t just get people from one place to another. I think that’s one reason some Nashville buses have memorial plaque to the memory of Rosa Parks that specifically say, “This seat is reserved for no one.” Although technically that’s not true. Those seats are for everyone, and they bring communities together.