We’re All Part Of It.

Freethinkers Anonymous > American Graffiti. > We’re All Part Of It.

About halfway through December I went to drop off some glass bottles and jars at the recycling center. It still feels like it was a year ago because even though we’ve started a new year there’s always an adjustment period. Every year when I go back to work after the holidays and I have to initial and date things it takes a few days or even a few weeks before I remember that it’s a new year and by the time I get it down there are only about 350 days left in the year which sounds like a lot because it is.

Anyway I noticed that someone had tagged one of the big glass bins, which isn’t unusual—there always seems to be at least one tag on one of the bins at the recycling center. Most of them are sloppy and not very creative or interesting but this one caught my attention because it seemed so fitting.

I can’t say whether Ecology is a regular tag around town. I haven’t been out collecting graffiti as much as I usually do and the tag hasn’t shown up in my Nashville Graffiti Instagram feed. Maybe it was someone making a statement about why those of us who were there recycling were doing it in the first place. It reminded me of when I was in fourth grade and once a week we’d watch a news show aimed at kids. At the end of each show they’d read letters from kids about various current events and the teacher, who was really cool, encouraged us to write letters. One week the show had a segment on recycling. Most weeks I just waited for the news to be over so we could get to Book Bird, but at the end of the segment the anchor asked, “Do you think recycling is important?” That really fired me up and I wrote a letter about how the Earth’s resources are finite and that we’re ultimately dependent on recycling. It was heady stuff for a fourth grader and I don’t think I was especially eloquent, but the teacher really liked my letter and she mailed it for me.

It never got read on the air but, hey, at least I’m sharing it or at least the gist of it here.

On a similarly ecological theme here’s a picture of Crawling Lady Hare by the artist Sophie Ryder that I took one night at Cheekwood. It’s a large, haunting work during the day but even more striking at night when it seems even more alive and you don’t see it until you’re right next to it. I thought I’d shared it before and I probably will again because I’m all about recycling. 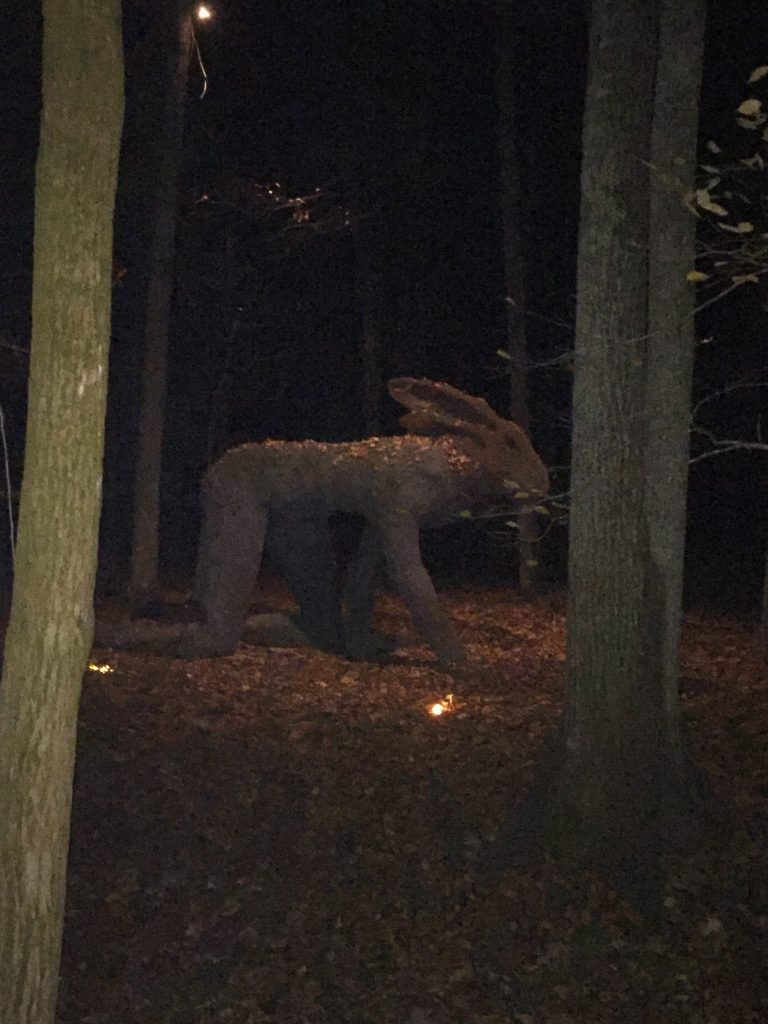