Freethinkers Anonymous > Adventures In Busing. > It Could Happen.

Adventures In Busing., Hail & Farewell., Not Non-Fiction, The Weekly Essay 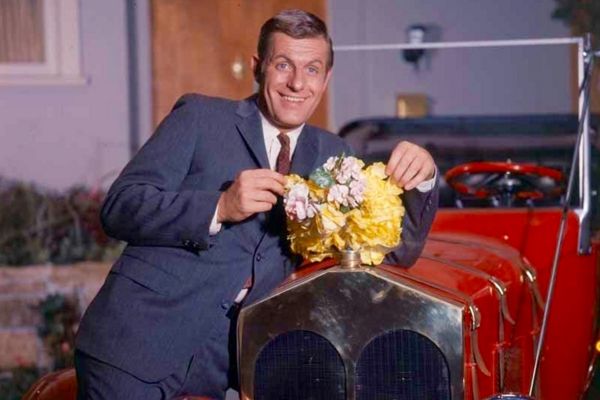 Certain corners of the internet are exploding with the news that the new streaming service Blitz will launch with a reboot of the classic sitcom My Mother The Car. The show’s premise was typical of the ‘60’s, and perhaps even less ridiculous sounding now: attorney David Crabtree, played by Jerry Van Dyke, buys an antique car, specifically a 1926 Reichenbach, only to discover that it’s inhabited by the ghost of his deceased mother. She talks to him through the car’s radio and only he can hear her. She helps him through various difficulties with his wife and career as he evades the unscrupulous Captain Manzini, who’s determined to acquire the valuable antique car.

With its moody lighting, lack of a laughtrack, and muted performances My Mother The Car continues to be widely acclaimed as the worst sitcom of all time but still managed to develop a loyal cult following. It even spawned a series of comics published by DC with Crabtree and Mother becoming crime fighting quasi-superheroes.

Most attempts to bring back My Mother The Car since its 1966 cancellation have failed. Perhaps the most notable was Steven Spielberg’s 1986 big screen adaptation. Because of the film’s raunchy humor, including a subplot of Mother working for an escort service, it barely got by with a PG-13 rating and posters of Mother sporting an oversized cigar under her hood were quickly pulled from theater lobbies. Fans who continued to hold occasional “car-ventions” at Jerry Van Dyke’s Ice Cream Soda Shoppes around the country lamented the steady decline of their beloved franchise.

Then in 2018 interest was renewed with the cinematic release of the four and a half hour superhero epic Justice League: Quantum Fracture, which pulled together a vast range of DC characters, including David Crabtree and Mother. Although Jerry Van Dyke, who sadly passed away before the film’s release, was too ill to appear as himself he did record the dialogue and the onscreen David was played by a digitally enhanced Andy Serkis, who also provided Mother’s voice.

The new series features a cast of largely unknown actors and, while the producers say they want to remain faithful to the original, will feature greater diversity and much less reliance on mother-in-law jokes. They also describe the new series as “a mashup of Herbie The Love Bug, Knight Rider, Chitty Chitty Bang Bang, Speed Racer, Wonderbug, The Magic School Bus, Speed Buggy, and Mary Hartman, Mary Hartman”.

Environmental concerns will be addressed too. Reichenbachs of that era operated entirely on whale oil, an issue that will be dealt with both in the series itself and through the Blitz service’s new sponsored conservation program My Mother The Narwhal.

I’ve now watched the three screener episodes Blitz provided to critics, social media influencers, members of the official My Mother The Car Fan Club, and pretty much anyone who asked and I think it’s safe to say it will be universally acclaimed as not too bad.