Freethinkers Anonymous > American Graffiti. > Behind It All.

It’s been, well, about a year since I was last in an art gallery. The office where I worked before the lockdown is right across the street from the Vanderbilt University campus and sometimes when I needed a break I’d walk up to the Sarratt Gallery and see what was on display. In fact I had a short-lived job writing art criticism and wrote about two exhibits at Sarratt before the magazine folded. Something I’ve never thought about in any art gallery or museum, though, is the walls behind the paintings or other artworks on display. Well, who does? Curators, I guess, but, really, have you ever been in a museum and turned your attention away from the paintings and looked at the walls? And it’s not something I would have thought about if I hadn’t read about New York City’s Frick Collection being temporarily moved from the opulent mansion, built in 1912, where it’s normally housed to a 1966 office building that’s an example of the aptly named Brutalist architecture.

Here’s a good example of the difference, first paintings in the Frick Mansion: 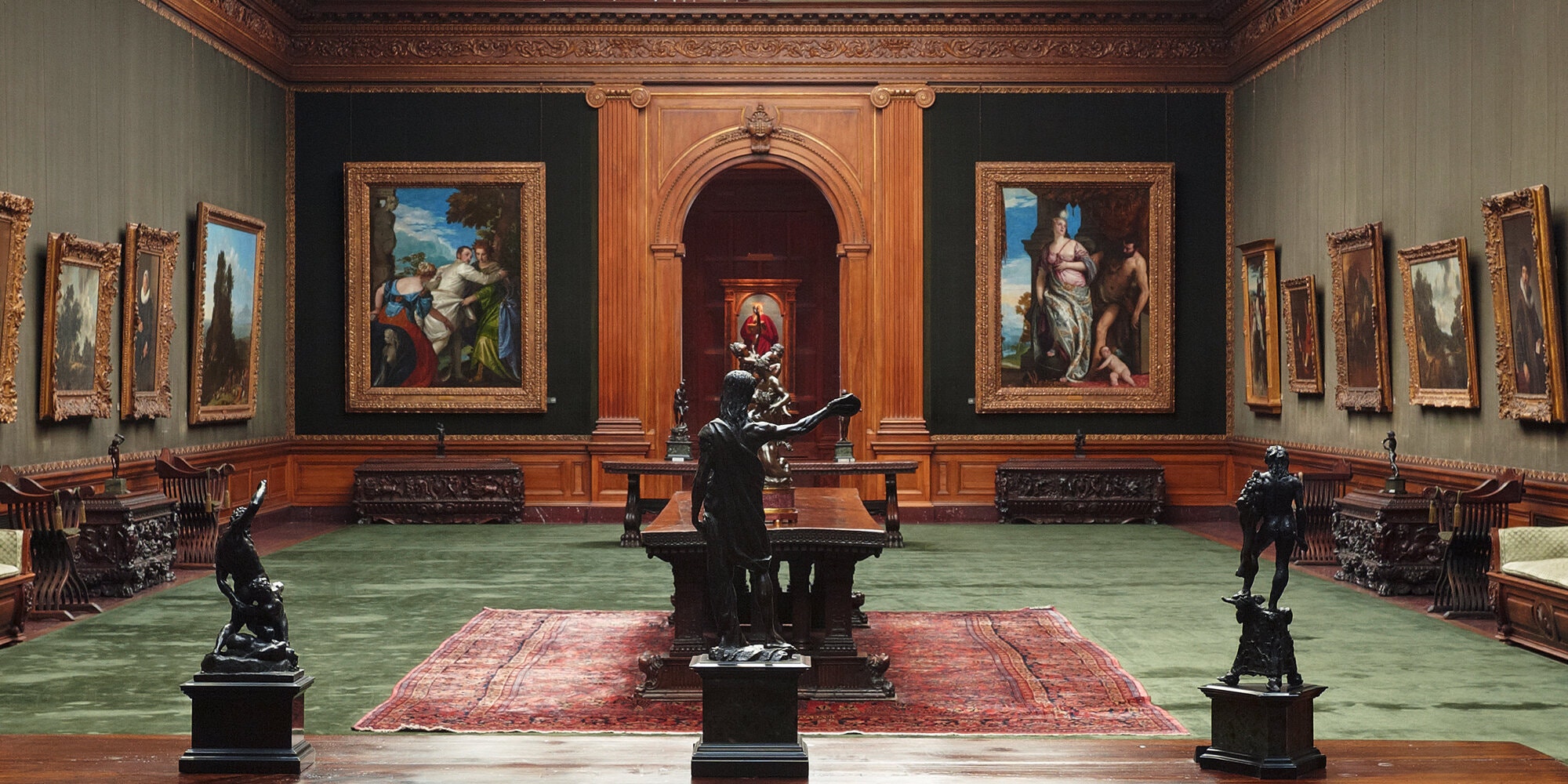 And here are some of the same works in their current digs: 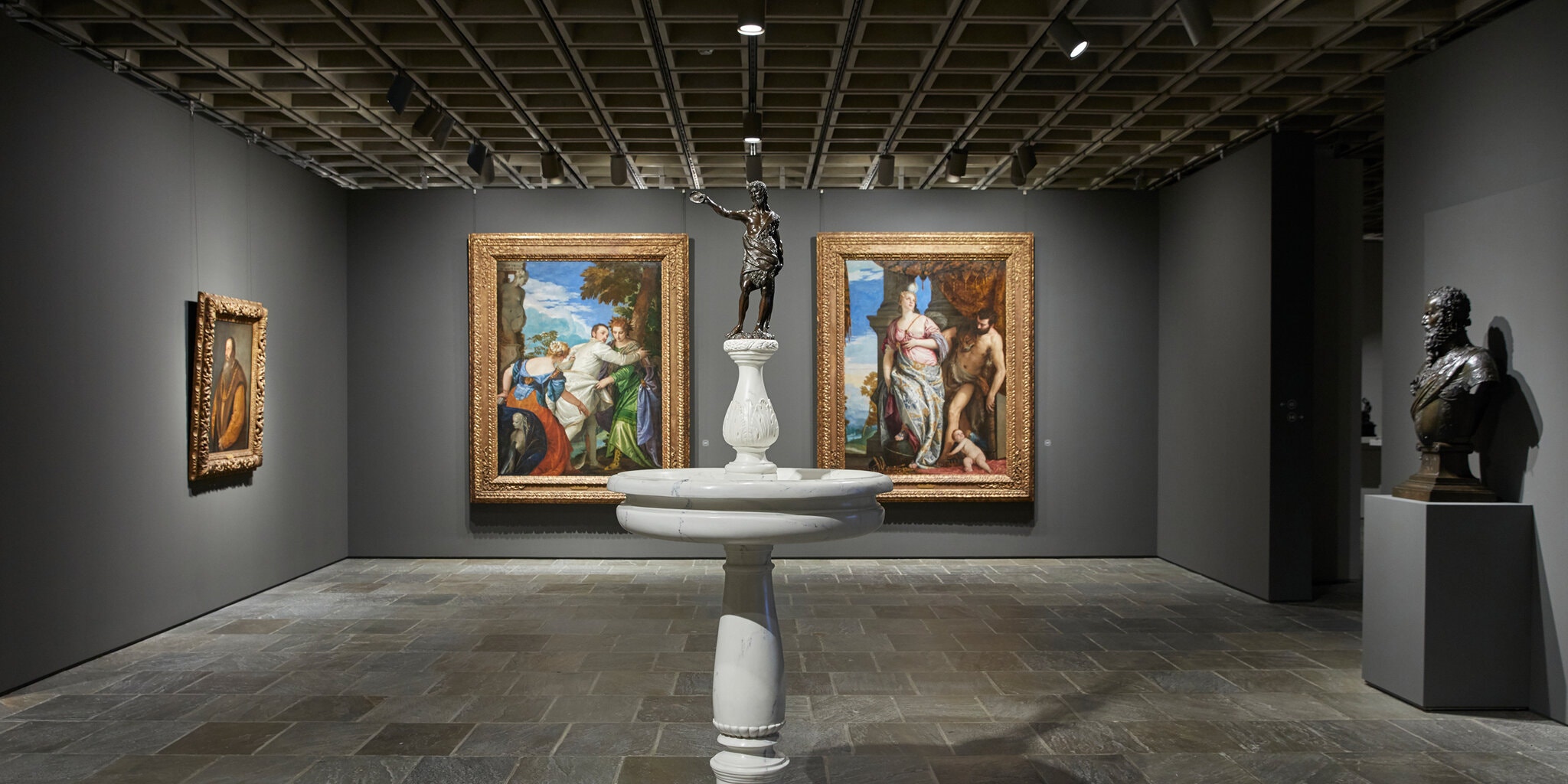 I guess whenever I looked at paintings I was always on some level conscious of where I was—I mean, I did once get lost in the Cleveland Museum of Art because it’s huge, and when I went to the Louvre, where I also got lost because it’s even huger, but that’s another story, I looked around and thought, yeah, I could believe Napoleon rode horses through these hallways. I still knew what building I was in. I just never really stopped to think about how the surroundings, even the color of the walls, affected how I was seeing the paintings on those walls. And I know curators and even some artists are very particular about painting placement and even lighting. I just didn’t give it that much thought.

It’ll still be a while before I go back to an art museum or gallery. I know I’ll be getting a COVID-19 shot sometime soon, but “soon” is still pretty vague. When I’m finally back out and about, though, it seems fitting that I just won’t be thinking about what I’m seeing but where.