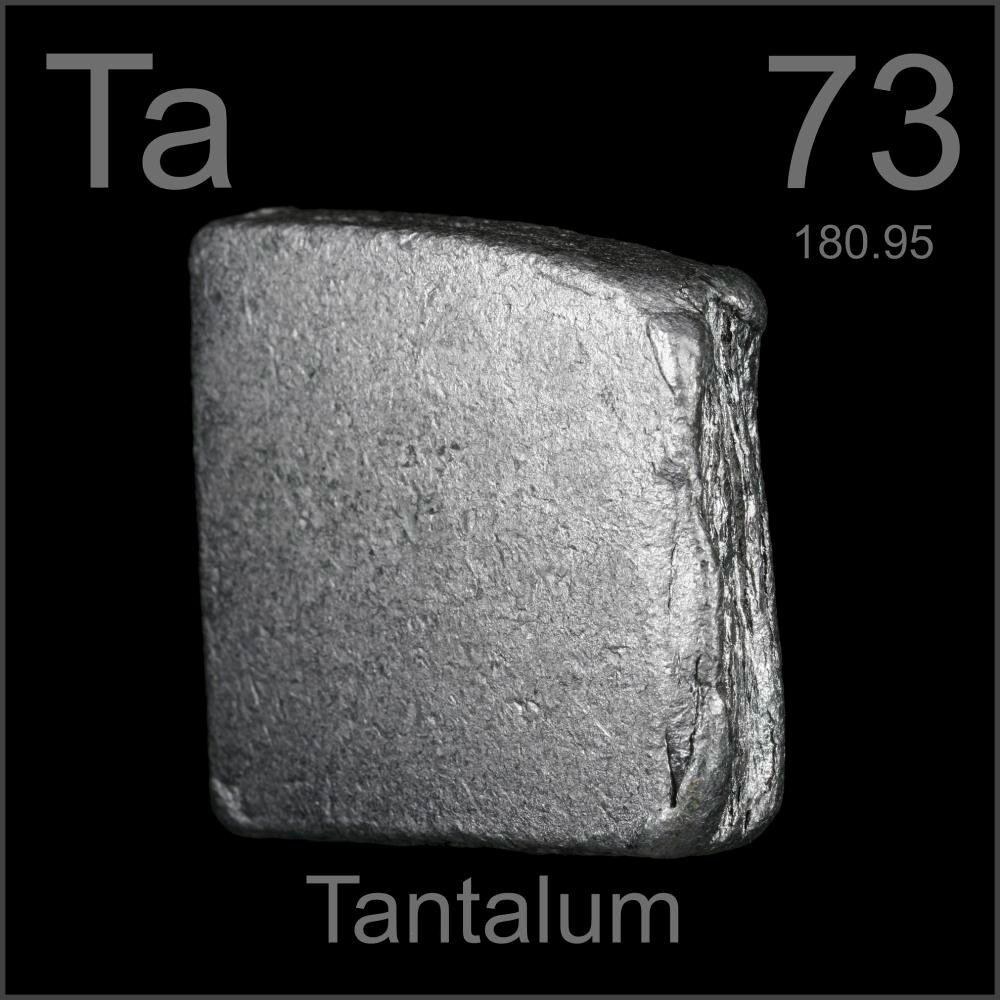 I’m not a jewelry guy so maybe this isn’t that strange but I overheard a jewelry store commercial and was thrown to hear that they had rings made of tantalum. Even if you’re into jewelry that may sound weird to you—maybe even if you’re into metallurgy or alchemy. Actually if you’re into alchemy tantalum probably isn’t your thing because it wasn’t discovered until 1802. Anyway most jewelry is made from silver or gold, occasionally platinum, or brass or pewter if it’s costume jewelry. Tantalum is a weird choice for jewelry. How often do you even hear about tantalum?

Well, odds are you have some. If you have a cell phone it probably has tantalum in it. In fact tantalum has a pretty bloody history—and that history is recent. The genocide in Rwanda was fueled in part by a skyrocketing market for tantalum and another element, niobium—also used in cell phones and jewelry. They’re frequently found together in an ore called coltan that is so abundant in some places anyone with a shovel can dig it out of the ground, and the high prices it can get make scooping up coltan a lot more attractive than, say, farming, even though you can’t eat cell phones.

That’s pretty dark, and now most of the world’s tantalum comes from Australia. I’m pretty sure Anders Ekeberg, the scientist who first isolated tantalum, didn’t have a clue it would be so valuable or cause so much suffering but then he did choose to name it after Tantalus, a mythological figure who murdered and cooked his own son and was condemned to Tartarus where he’d stand in water he couldn’t drink, under fruit he couldn’t eat, eternally thirsty and hungry, which you might think about the next time you describe something as tantalizing. And the name choice wasn’t just a coincidence. Because tantalum is found with niobium Ekeberg knew Tantalus was the father of Niobe, another tragic Greek figure: her children are murdered by Apollo and Artemis and she’s transformed into a weeping rock, and, seriously, ancient Greek myth writers, isn’t real life bad enough?

To get back what started me down this morbid path in the first place, tantalum jewelry does seem like a good idea if you’re looking to wear something that’s tough and made to last. Consider this: the melting point of gold is 1064 Celsius, the melting point of silver is 962 Celsius, and the melting point of platinum is 2041 Celsius.  Tantalum only melts at 3017 Celsius. Even though it’s not found in its pure state in nature it’s incredibly non-reactive: its nemesis is hydrofluoric acid which can also dissolve glass and, oh, it will kill you if it gets on your skin. So, yeah, it’s got a nice ring to it.