A Hazy Shade Of Spring.

Freethinkers Anonymous > The Weekly Essay > A Hazy Shade Of Spring. 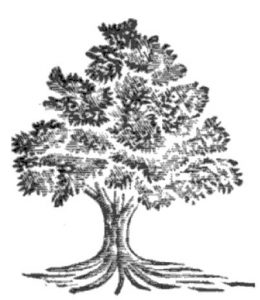 When I was a kid I would call Spring “the second Fall of the year”, because, like fall, it was a time when some days were warm and some were cool, the mornings were often misty, and the few leaves that had managed to hang on through the winter finally drifted down, although the reason was that they were being pushed out by new growth. And, yes, I know, it would have made more sense to call Fall “the second Spring of the year”, but give me a break—I was six or seven and was still grappling with the concept of the “school year” which was not only not a whole year but started in late August of one year and ended in late May the following year and I’m still not sure who thought that up.

I also just liked Fall better. I wasn’t sophisticated enough yet to think of it as, well, the end of not just the year but the time of the harvest, the time for reaping all that had been sown in the spring. I didn’t know what “reaping” was, or “sowing” for that matter. In kindergarten the beans we stuck in soil-filled egg cartons in March had produced a handful of beans that we added to a giant pot of soup in early May, so we were doing the whole farm-to-table thing on a highly condensed timeline.

One spring a few years later some friends and I were looking through a volume of poetry when we ran across the poem “Annus Mirabilis”. I don’t remember whether it was the Dryden poem that kind of shrugs off the Great Fire of London with an attitude of “Aside from all the fire and death and destruction it wasn’t such a bad year”, or the Philip Larkin poem about the year he lost his virginity, which he kind of shrugs off with an attitude of, “Aside from that and the fact that you could now buy a copy of Lady Chatterly’s Lover and The Beatles hitting big it wasn’t such a bad year.”

The thing is we never read either poem because we were so stuck on the word “Annus”—but give us a break.  We were thirteen and terrible spellers.

A few years later I’d go and read both poems. It was in college and I’d long since gotten over being bothered by the “school year”. Instead I was being hit hard by the feeling that time was accelerating—that years weren’t as long as they used to be, and that Spring, supposedly a time of new growth and renewal, was just another end: the end of the school year, the end of Winter.

Every year that same feeling comes over me, always in the Spring. No other season reminds me of mortality the way the season of rebirth does, and the older I get the faster the Springs come back around. And then, even before Summer’s in full swing, I forget about it and go on. Give me a break. At my age I forget a lot of things.