Freethinkers Anonymous > American Graffiti. > Being There. 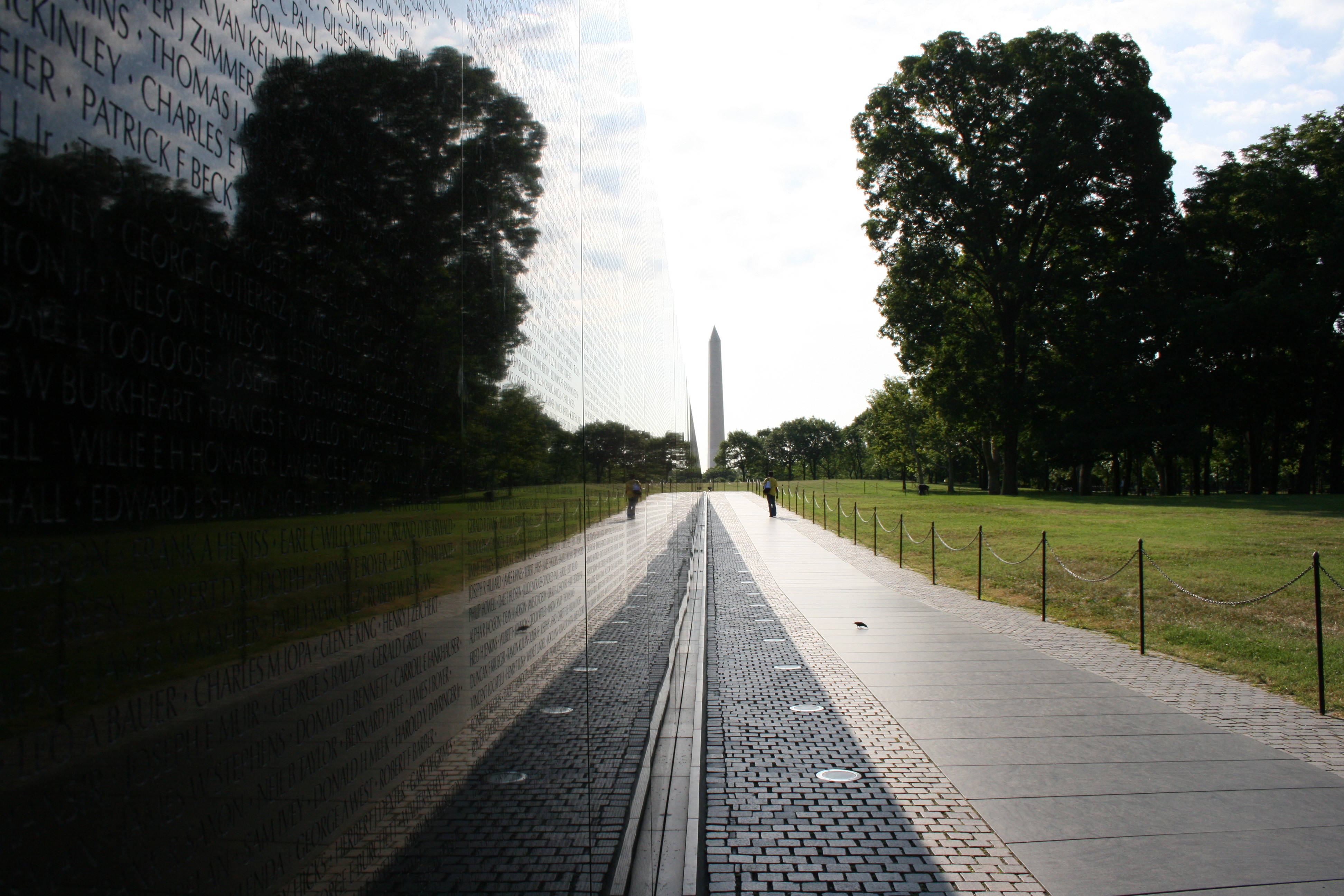 One wall of the Vietnam Veterans Memorial. Source: Wikipedia

April is National Poetry Month which got me thinking about poetry as an art form and also poems about art. And there are so many, from poems on Grecian urns to multiple poems inspired by Edward Hopper’s “Nighthawks”.

However recent events made me think about a very specific one: Yusef Komunyakaa’s poem Facing It, about his visit to the Vietnam Veterans Memorial. Komunyakaa is Black, descended from a grandfather who came to the United States as a stowaway from Trinidad. He grew up in Bogalusa, Louisiana, just sixty miles north of New Orleans, and he’s written about exploring the woods and picking blackberries to sell by the side of the road. He also served a tour of duty in Vietnam.

I met Komunyakaa once, which was a real thrill for me because I’m a fan of his poetry, after he’d given a talk about William Faulkner’s A Rose For Emily, which he described as “a distinctly American short story”—a story of terrible secrets, death and resistance to change, but also a glimmer of hope in the possibilities of revelation and understanding, and life going on. Then he read some of his poems, including Facing It, and I thought about how great poetry should be read aloud, how the sound and sense go together.

I also thought about the first time I visited the Vietnam Veterans Memorial, just a little over two years after its installation, just under a decade after the end of the Vietnam War. It was a school trip and the teacher talked about how Maya Lin, the memorial’s designer, was the daughter of Chinese immigrants.

The poem “Facing It” is a distinctly American poem: a grandson of an immigrant standing before the work of the daughter of immigrants, seeing himself in it, but also finding hope in reflection and understanding, and life going on.