As You Sow So Shall You Reap.

Freethinkers Anonymous > Nature Talks. > As You Sow So Shall You Reap. 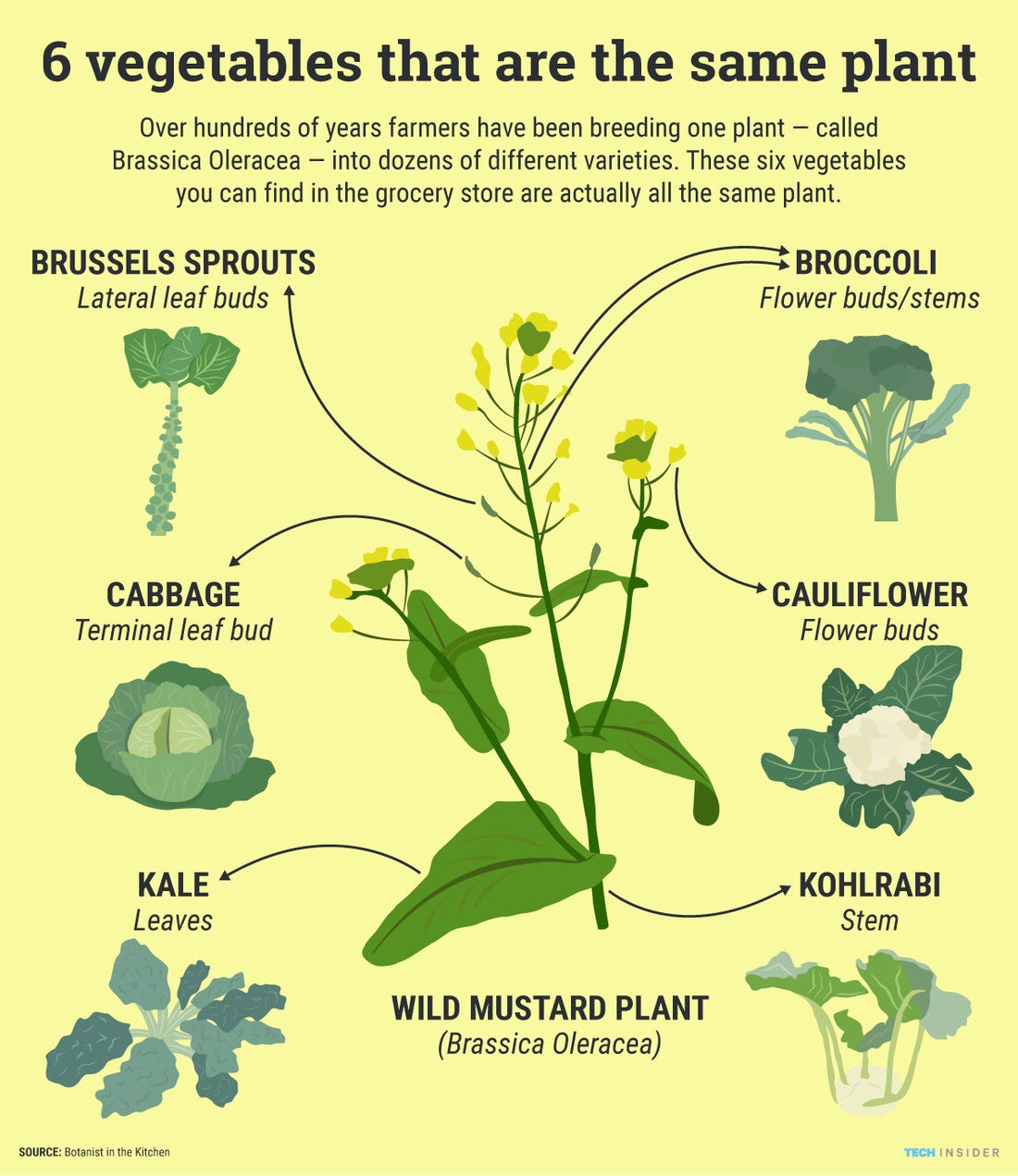 In the beginning there was wild mustard and it was good. It was pretty tasty and the seeds were good for spicing up food, especially sausage which had just been invented. It was nutritious and everyone was fine with this plant as it was.

Then it was cultivated and the cultivation led to collard greens. And this was okay too. Collard greens were also nutritious and while some didn’t like them most people were just fine with them.

Then more cultivation led to cabbage. Some people didn’t like cabbage but most did. Cabbage was useful. You could boil it or wrap other foods up in the leaves. Cabbage rolls and coffee got a lot of people going in the morning. Or the afternoon. Or whenever. It was good for making cole slaw. It was also good for serving with corned beef, which was called that even though it had no corn in it. Corn hadn’t been invented yet.

Then came brussels sprouts. Brussels sprouts were basically tiny cabbages that grew on a stem. No one could explain why this was necessary, but the prevailing belief was that it was because Belgium was annoyed with the Netherlands for also being called Holland and for having people known as the Dutch, which is too many names for such a small country. Brussels sprouts were divisive. People either really hated them or were moderately okay with them. They were pretty good roasted and were deemed acceptable when drenched with cheddar cheese, which had just been invented.

Somewhere in here kohlrabi came along. No one was sure what to do with kohlrabi or how to eat it or if it should be cooked or served raw. Finally everyone just decided that the best thing was to give it a weird name and move on.

Then came broccoli. People were okay with broccoli. It was like eating tiny trees, and everyone got a kick out of that. It didn’t have a lot of flavor in spite of being a descendant of wild mustard but people could at least claim they were having something healthy at office parties by eating broccoli smothered in ranch dressing, which had just been invented.

Shortly after broccoli cauliflower came along. No one was sure why and half the people wanted to call it a flower and half the people wanted to call it an amniotic membrane. No one was sure what to do with cauliflower but since it was related to broccoli it was put on the vegetable trays with ranch dressing. Cauliflower could also be boiled and mashed into a paste so that people would think they were getting a nice big serving of potatoes until they ate it and it just tasted like wet cardboard.

And then there was kale. No one was sure where kale came from but everyone agreed that it should go back. In spite of efforts to make it palatable by turning it into chips or mixing it with bacon, which some falsely tried to claim had been invented for just that purpose, no one liked kale. Cheese ran in terror from it.

Kale would have been the black sheep of the brassica family but not even sheep would eat it. Regardless of when it had been invented it was the dead end of a once proud lineage, a cultivar that only existed because some cabbage grower somewhere hadn’t stopped when they were a head.