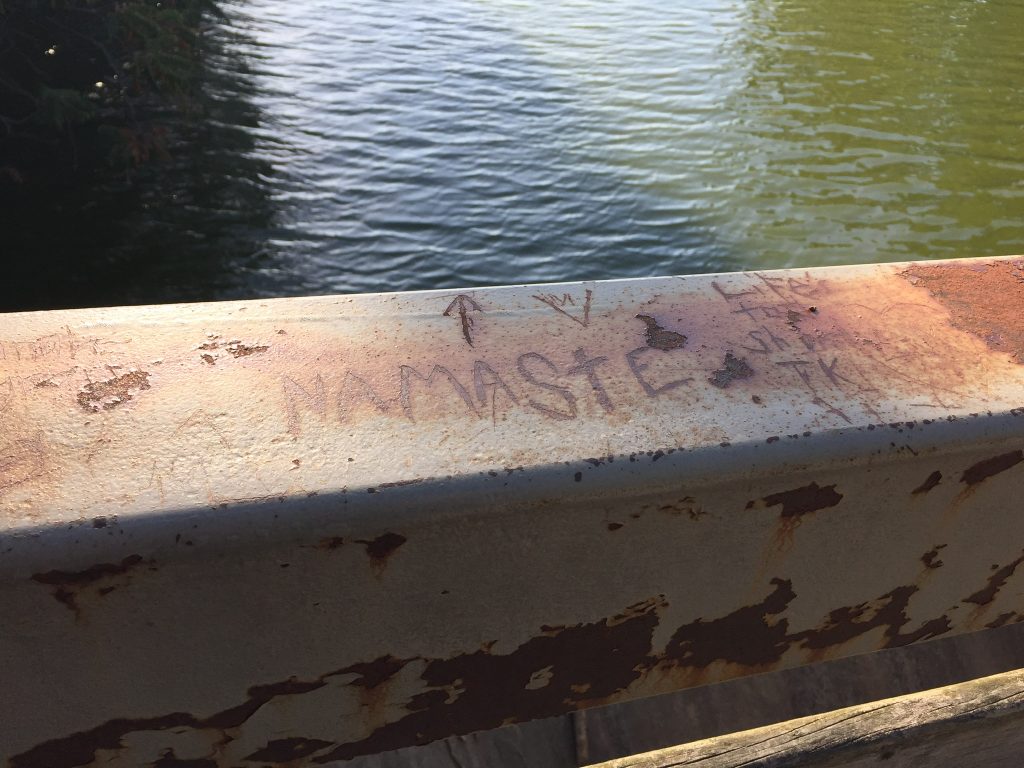 Several years ago I went to local yoga classes. It was fun and good exercise, mostly—I liked a lot of the poses but really hit my limit with the Sarvangasana, and I just couldn’t manage to go all the way into the next pose, Halasana. I told the instructor, who was younger, that at my age I didn’t think it was a good idea to put my ass over my head, but the truth is it’s something I always had trouble with, even as far back as seventh grade when I got a low grade in gym class because I couldn’t do a forward roll. Coach Withers said, “Come on, I’ll help you through it,” and he got me to tuck my head down as far as it could go and then he grabbed me and flipped me over. I immediately got up and said, nope, never doing that again. I still got a passing grade because, let’s face it, no one flunks gym, not even that one kid who refused to take a shower, but that’s another story.

I’m pretty sure I got a passing grade in the yoga classes too, even though we weren’t being graded, and we had two different instructors who alternated Saturdays. One was kind and supportive and tried to gear her choice of poses for the beginners in the class. The other was kind and sort of supportive and also working on a high level yoga instructor certification and would get all of us to try out more rigorous poses. She’s the one who got me to do the Sarvangasana for the first time, which involves lying on your shoulders and stretching your legs upward, and then suggested I go for the Halasana, which is the next position and involves lowering your legs toward your head, and said, “Come on, I’ll help you through it,” and that’s when I said, nope, not falling for that one again and headed for the showers.

The “Namaste” pictured above was carved into the railing at the center of this bridge which is a nice spot for looking at the lake.

Seeing “Namaste” carved into the center of the railing of the bridge at Radnor Lake reminded me how much I enjoyed those yoga classes, which, regardless of the instructor, always began and ended with the Hindu greeting. Hiking is great exercise and I very rarely have to worry about overstretching or getting into an uncomfortable position on the trail, but I need to get back to the challenges of yoga, even with the possibility that I might fail.