American Graffiti., Hail & Farewell., Ramble With Me., Submitted For Your Approval.

The people we choose to celebrate and remember don’t just tell us who we are as a society but who we hope to be. That was my first thought when I read that Nashville is naming a street after Bianca Paige, the drag queen name of Mark Middleton, a Nashville AIDS activist who passed away in 2010. And my second thought was to write something about the art and history of drag. Thanks to RuPaul drag queens have gone mainstream but drag has a long and colorful history which some sources trace back to William Dorsey Swann, a former slave who organized balls in Washington, D.C. in the 1880s and 1890s. Wikipedia also traces the term “drag” to the 1870s, but history is complicated, especially the history of people who had to hide who they were for so long.

Anyway I kept coming back to Bianca Paige’s work to raise awareness and money for research on AIDS because, having grown up in the ‘80’s, I remember how terrible the AIDS crisis was. I remember that the worst part of it wasn’t the disease itself, which was horrible, but the irrational fear it created. It wasn’t just a disease that affected gay men but, because they were the main victims, the AIDS crisis brought out the worst in some people. In high school a girl named Kay sat behind me in some of my classes and we’d talk. One week Kay was out for a few days. When she came back she told me her best friend, whom she’d left behind when her parents moved from Atlanta to Nashville the summer before, had died. He was gay and he’d learned he was HIV-positive. It was difficult for Kay to talk about it because of how he died. He got on his motorcycle late at night and drove straight into an oncoming car.

If you’re inclined to judge him negatively for that consider what having AIDS meant at the time. For too many, even those who could afford treatment, it meant a slow, agonizing death as their body’s ability to fight off infections broke down, and for too many it meant more than that. Too many lost their families and so-called friends. Even those who had families who loved and supported them were treated cruelly by strangers.

Kay wrote an essay about her friend and what his loss meant to her. A teacher wrote, in red ink, at the top of her paper, “He got what he deserved.” That attitude was far too common. There wasn’t a principal or counselor in the school Kay could turn to. There were very few teachers who would have sympathized and the ones who did would have been afraid to say anything.

Things haven’t entirely changed either. Tennessee is one of several states passing laws that specifically target transgender people. Those like Kay’s teacher may be fewer now but they haven’t gone away; they’ve simply found new targets.

Still progress has been made and it’s because of Bianca Paige and others like her. It seems almost too on the nose that there’s now a street named for Bianca Paige because she provided a place for people to go and showed us a way forward. 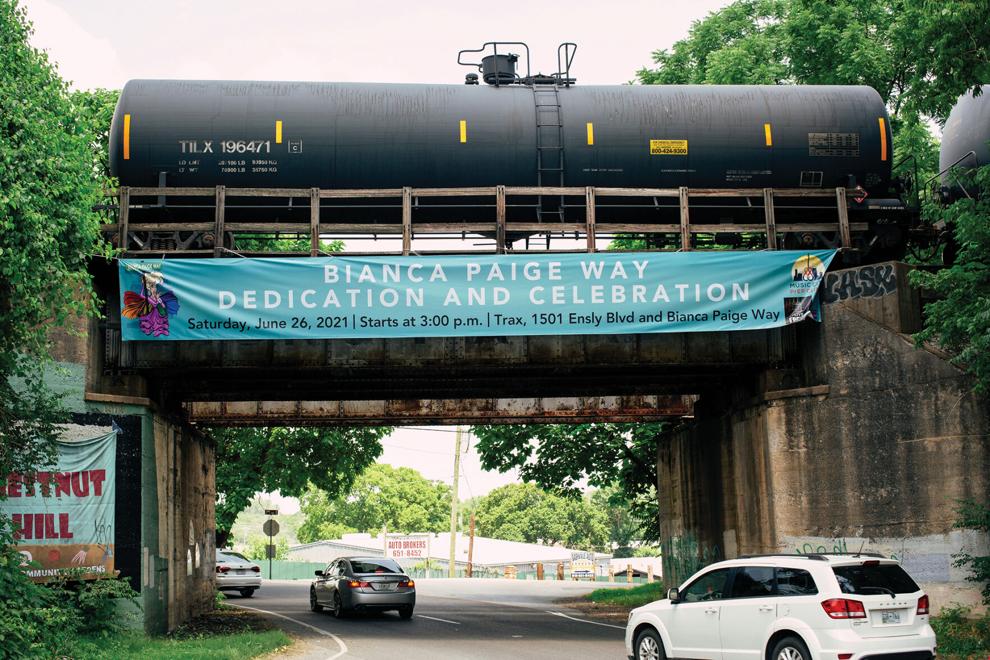