All I Can Say…

Freethinkers Anonymous > American Graffiti. > All I Can Say…

American Graffiti., Hail & Farewell., Submitted For Your Approval., The Vault 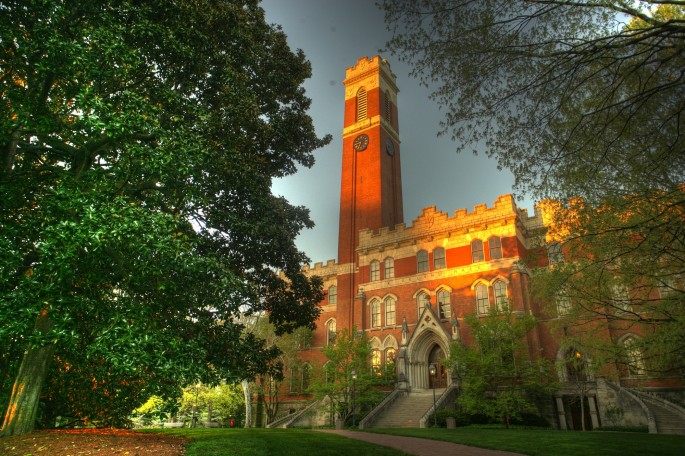 Twenty years ago on this day I was at work when I heard that a second plane had hit the World Trade Center. A group of us, some of my coworkers and some people from other offices, gathered around a TV to watch the news. A woman next to me, whom I’d never met, spent several minutes on her cell phone. Her daughter worked in the World Trade Center and, fortunately, got out safely.
I spent the rest of the day in a kind of haze, like most people, I think, who weren’t directly affected by the terrible tragedies unfolding but still feeling terrible about the lives lost and unsure of what was to come. That day seemed impossible to put into words; it doesn’t seem any easier now, really, but I took some time then to go and sit on the steps of Kirkland Hall on the Vanderbilt University Campus, under its tall clock tower, to contemplate time and the world we live in, and to read W.H. Auden’s September 1, 1939.
It’s just as relevant now, if not more so, especially line 88.

I sit in one of the dives
On Fifty-second Street
Uncertain and afraid
As the clever hopes expire
Of a low dishonest decade:
Waves of anger and fear
Circulate over the bright
And darkened lands of the earth,
Obsessing our private lives;
The unmentionable odour of death
Offends the September night.
Accurate scholarship can
Unearth the whole offence
From Luther until now
That has driven a culture mad,
Find what occurred at Linz,
What huge imago made
A psychopathic god:
I and the public know
What all schoolchildren learn,
Those to whom evil is done
Do evil in return.
Exiled Thucydides knew
All that a speech can say
About Democracy,
And what dictators do,
The elderly rubbish they talk
To an apathetic grave;
Analysed all in his book,
The enlightenment driven away,
The habit-forming pain,
Mismanagement and grief:
We must suffer them all again.
Into this neutral air
Where blind skyscrapers use
Their full height to proclaim
The strength of Collective Man,
Each language pours its vain
Competitive excuse:
But who can live for long
In an euphoric dream;
Out of the mirror they stare,
Imperialism’s face
And the international wrong.
Faces along the bar
Cling to their average day:
The lights must never go out,
The music must always play,
All the conventions conspire
To make this fort assume
The furniture of home;
Lest we should see where we are,
Lost in a haunted wood,
Children afraid of the night
Who have never been happy or good.
The windiest militant trash
Important Persons shout
Is not so crude as our wish:
What mad Nijinsky wrote
About Diaghilev
Is true of the normal heart;
For the error bred in the bone
Of each woman and each man
Craves what it cannot have,
Not universal love
But to be loved alone.
From the conservative dark
Into the ethical life
The dense commuters come,
Repeating their morning vow;
“I will be true to the wife,
I’ll concentrate more on my work,”
And helpless governors wake
To resume their compulsory game:
Who can release them now,
Who can reach the deaf,
Who can speak for the dumb?
All I have is a voice
To undo the folded lie,
The romantic lie in the brain
Of the sensual man-in-the-street
And the lie of Authority
Whose buildings grope the sky:
There is no such thing as the State
And no one exists alone;
Hunger allows no choice
To the citizen or the police;
We must love one another or die.
Defenceless under the night
Our world in stupor lies;
Yet, dotted everywhere,
Ironic points of light
Flash out wherever the Just
Exchange their messages:
May I, composed like them
Of Eros and of dust,
Beleaguered by the same
Negation and despair,
Show an affirming flame.