We All Have To Go.

Freethinkers Anonymous > American Graffiti. > We All Have To Go. 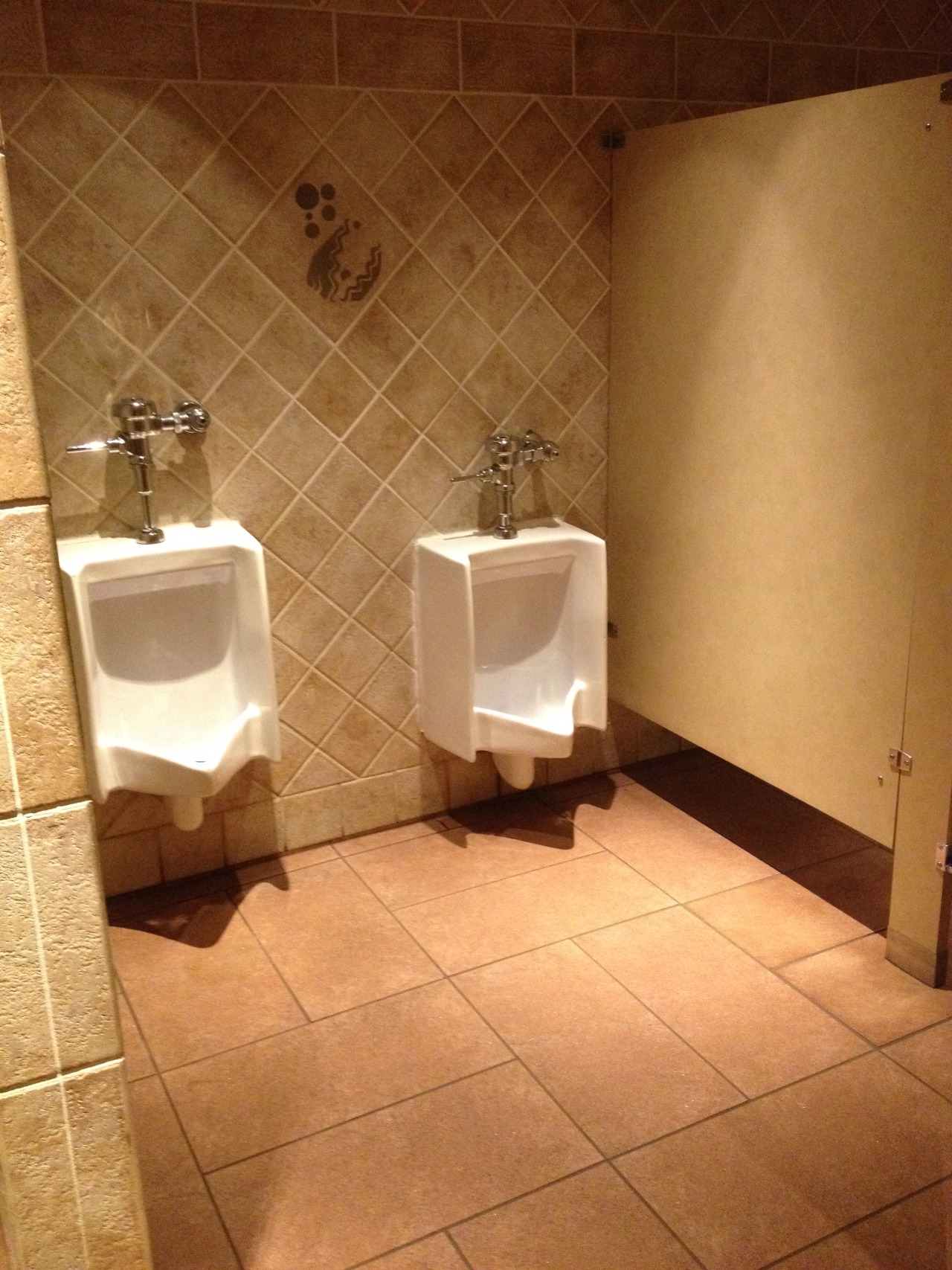 Coincidences are funny things. The other day I discovered a trove of old pictures, mostly ones I’d taken back when I first got a smartphone, and of course there were several pictures in there of men’s rooms. I had this idea at the time that it would be funny to take pictures of public restrooms and post them online, and maybe even put together a book of them—a bathroom book, not that I’d want to compete with The Great American Bathroom Book. I had an idea that it could be an art project. I could even consider restroom design—what makes one good or bad, and maybe highlight the best ones.

And I would call the project Dear John.

Tumblr was still pretty popular at the time, especially for pictures, but Tumblr’s design made uploading, well, such a pain in the ass I created one post and quit. And, to be fair, that was only part of the problem. The other part is bathrooms aren’t the easiest places to photograph. Most don’t have a lot of space so composing a good shot could be difficult. A lot are also designed for multiple people and out of a general respect for other people’s privacy and a specific desire to not get punched or worse I would only take the pictures when I was alone. Sometimes I’d get interrupted and you can imagine the awkwardness of trying to explain why I was crouched in the corner of a public bathroom with my phone out.

The coincidence is that the day after I found those pictures a friend sent me the article I Stopped Taking My Phone into the Bathroom for a Month by a guy who says leaving his phone out of the bathroom changed his life for the better.

It was a coincidence, right? My friend’s not looking over my shoulder or following me everywhere I go, is he? There are some places we should all just be alone.