Bob’s Burgers Could Save Your Life.

Freethinkers Anonymous > American Graffiti. > Bob’s Burgers Could Save Your Life.

American Graffiti., Submitted For Your Approval.

So much has been written about Bob’s Burgers that I don’t know where to start, but then that’s part of what makes the show so great: you can start almost anywhere with it. Hey, I love Bojack Horseman, The Marvelous Mrs. Maisel, and Schitt’s Creek, but those shows have long story arcs that extend over seasons, or the whole series, making it hard to pick out a single episode to watch on its own. Bob’s Burgers is an animated sitcom you can drop into almost anywhere and have a good grasp of things by the time the opening credits finish.

Just because the stories are small, though, doesn’t make the stakes any lower. The Belcher family deals with serious crises, even if it’s in a light and funny way. In the episode “All That Gene” Linda, the mother, worries she’s a bad parent, something every good parent thinks at some time or other (maybe bad parents do too, but they don’t care enough to do anything about it). And Bob says, “I mean, we both screw up. All the time. Sometimes we’re okay, I think. But a lot of times, we screw up.” It’s not eloquent or even reassuring, but he goes on to say, “I just think, as long as we’re trying our best, that’s as good as we can do.”

It’s like life: not everything is an extended ordeal. People do the best they can and move on, and not everything resolves neatly, but sometimes you just have to erase the chalkboard and move on because your daughter made up a joke Burger Of The Day. 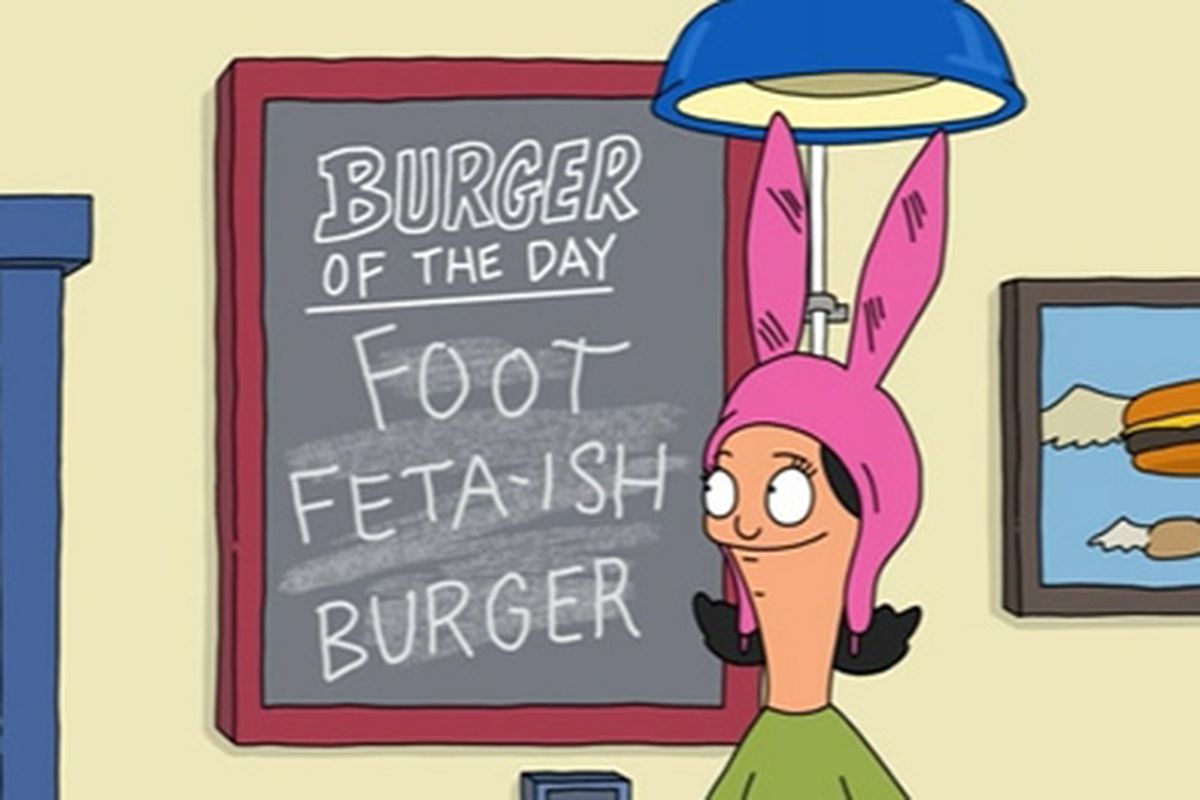 And the show does emphasize that the Belchers and their friends form a supportive community, which brings me to what I really want to talk about which is the season eleven finale “Vampire Disco Death Dance”. And that just happens to be the name of movie Bob wants to take his oldest daughter, Tina, to see.

This is how Bob describes Vampire Disco Death Dance: “It’s a dress-up-sing-along interactive experience. There’s an emcee, people talk back to the screen. At one point, people even throw confetti.”

Yeah, he’s really talking about The Rocky Horror Picture Show, but the world of Bob’s Burgers is a quirky alternative to ours so instead of Brad and Janet you have the son of a garlic farmer who goes to a nightclub and falls in love with a vampire. 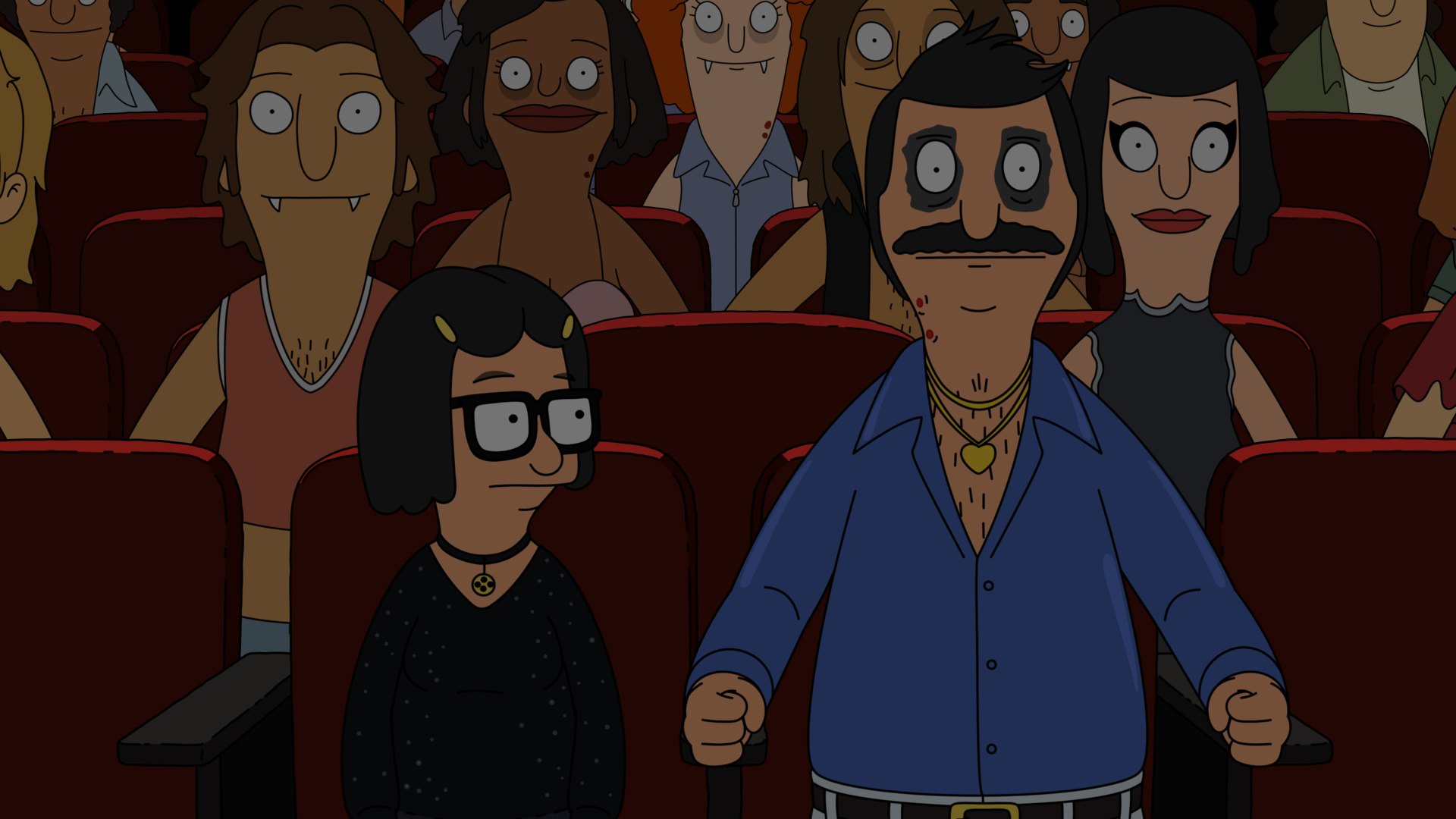 The other kids, Gene and Louise, are too young to see it—and if there were any callbacks to previous episodes someone would probably bring up the time they secretly screened the Jewish deli zombie movie Again With The Living Dead and terrorized all their friends—but Tina is thirteen, the same age Bob was when he first saw Vampire Disco Death Dance.

Every story has a conflict, of course, and Tina’s is that she wants to bond with a group of friends at school—and one of the show’s few ongoing elements is her on-off relationship with Jimmy Pesto Jr., the son of Bob’s rival who runs the Italian restaurant across the street—but she feels she doesn’t exactly fit in with them. They play a game called “drinking or not drinking” which she thinks is pretty stupid, but she’s a kind and generous soul, and the game is really, really stupid. It may also be a really obscure reference to a scene from Andy Warhol’s Blood For Dracula, although the writers of Bob’s Burgers don’t usually go for the obscure.

Bob is also trying to make Tina a part of his community too. He wants seeing Vampire Disco Death Dance to be just as meaningful to her as it was to him at thirteen, and that’s not going to work. They’re different people with different perspectives in spite of their shared lives. There’s a lot here about how communities are made of individuals and the give-and-take being part of a community requires, especially when Tina tries to get her friends to see the movie with her and they’d rather sit in the lobby and play “drinking or not drinking”.

There’s also a B-plot of Linda, Gene, and Louise setting up a miniature restaurant for the raccoons in the alley which goes as well as you’d expect. It’s not tied to the main plot but nicely mirrors it, giving Linda, Gene, and Louise their own parts: Linda cooks for the raccoons, Gene plays music, and Louise gets to play with fire. Or at least light candles. And it emphasizes that while you can’t artificially create a community we all still want to be part of one.

And that’s why I want to get back to The Rocky Horror Picture Show and the documentary in progress Rocky Horror Saved My Life. And, really, the documentary’s title says it all. Before the internet Rocky Horror was a place where a lot of us who didn’t fit in anywhere else did fit in. The audience participation gave us a feeling we belonged, even if—no, especially if we were among strangers.

Bob tells Tina that Vampire Disco Death Dance meant a lot to him when he was thirteen:

I remember sitting there, looking around the theater at all these people in costume, all of us singing together, and I thought, Wow, I’m–I’m not alone. I’m with people who, you know, kind of get me.They exist.

Yeah, he’s really talking about The Rocky Horror Picture Show. The moment is especially poignant if you know Bob’s mother died when he was young and he didn’t get along with his father and didn’t have many friends, but you don’t need to know that because at that moment Bob was really speaking for all of us.