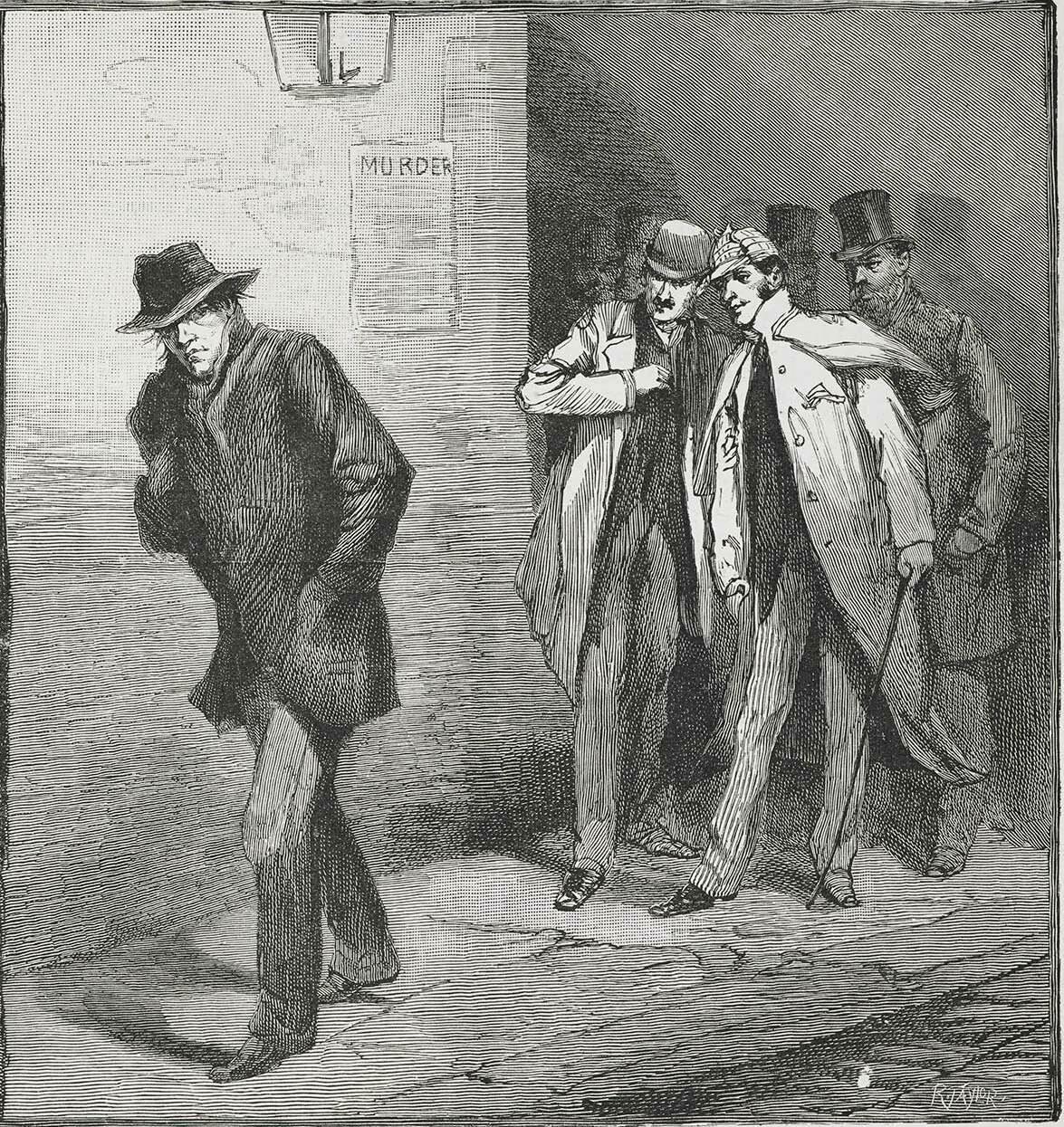 Big Dave was a taxi driver who worked for a discount cab company that shuttled us students back and forth between Harlaxton Manor, where we were going to school, and the nearby town of Grantham. We called him Big Dave because, well, he was a big guy, even bigger in the bulky gray-green sweater he always wore, and he introduced himself as “Big Dave”. It also helped distinguish him from the other taxi driver named Dave who worked at the same company.

One night Big Dave was driving us back to Harlaxton. The Silence Of The Lambs had just come out and we were all talking about serial killers, and got on to the subject of Jack The Ripper.

“You think that, do you?” said Big Dave sharply. We all got quiet. Big Dave was usually friendly, and he was full of funny stories, like the time he went for a swim in the fountain in Trafalgar Square. In December. This seemed different, though.

“I used to drive for a mental hospital outside of London,” he went on.

Big Dave chuckled. “Nah. I haven’t got the nerve for that.” This was a guy who drove himself to two hospitals after being bitten by the only poisonous snake in Britain, but I wasn’t going to interrupt. He went on.

“I drove patients into town for the day and picked ‘em up in the evening, sort of like you kids. Good people, they were. Troubled, some couldn’t get by on their own, but decent like. Whatever Jack The Ripper was he was a whole breed apart.”

We were all silent thinking about this. Then Big Dave spoke again.

“Of course there was that one guy. Gave me a right fright.”

None of us breathed.

“It was in the winter so it got dark early and only one patient, Charlie, I think, wanted to go into town. On the way back we drove through a long stretch of farmland. There was a low mist over everything and just a sliver of moon. And Charlie, he’d gotten real quiet. I didn’t mind until out of the blue he just says, ‘Nice night for a murder, this.’”

Big Dave let out a breath.

“You can imagine I was pretty scared but it weren’t long before we saw the hospital just up the road. I felt relief but then I heard Charlie lean forward. ‘I’ve got something for you,’ he says, and I thought, oh, this is it, I’m gonna get stabbed right here. We pulled up to the hospital door and I felt something in my side, Charlie pressing something into me.”

He paused. Outside the windows the countryside was just like he’d described: misty fields in darkness. Finally someone asked, “What was it?”

“A tenner!” Big Dave laughed. “I thought it was the tip of a knife and it was just a tip!”

As we were getting out of the taxi we paid Big Dave then took up a collection to give him something extra. It didn’t add up to ten pounds, though.