It’s Curtains For You. 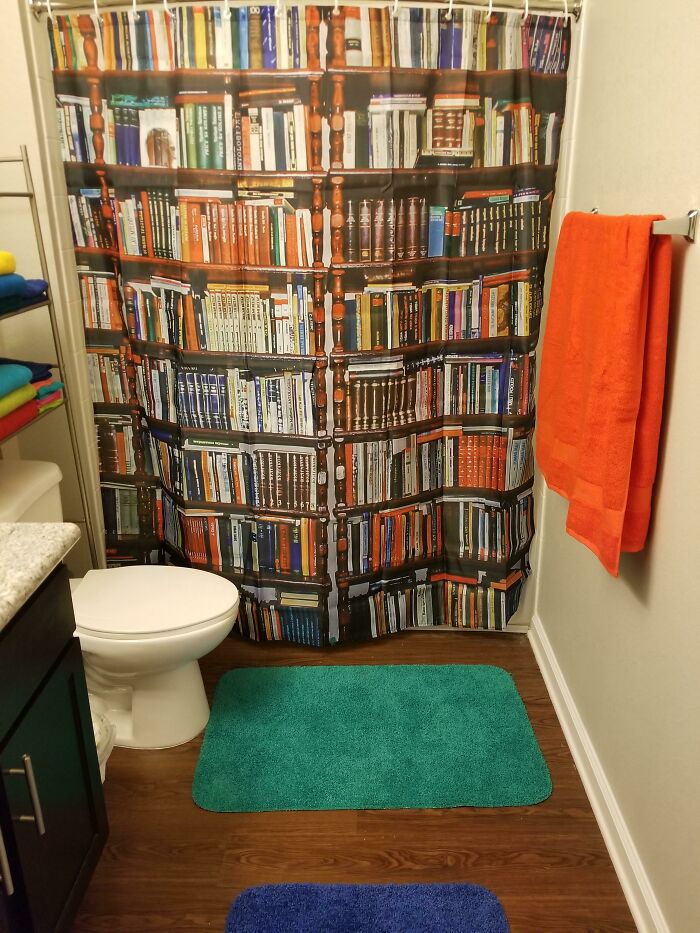 A friend of mine used to have a Mondrian-themed shower curtain but in spite of that I never thought of shower curtains as an art form until Bored Panda posted forty different ones that elevate it and now I can’t stop thinking about how whole dissertations could be written just about the simple shower curtain. There’s the not-so-subtle eroticism in the way it conceals and the knowledge the person behind it is wearing, at most, a layer of soap suds, there’s the fact that it’s the size and shape, more or less, of a large painting, and it’s a utilitarian object but not really needed if you’re taking a bath or if you angle the shower head the right way. And that’s only scratching the surface of what a shower curtain says. I haven’t even gotten to the fact that what most of them say is “I was on sale at Target.”

Here are a few of my other favorites and I find it interesting that there seem to be some recurring themes: 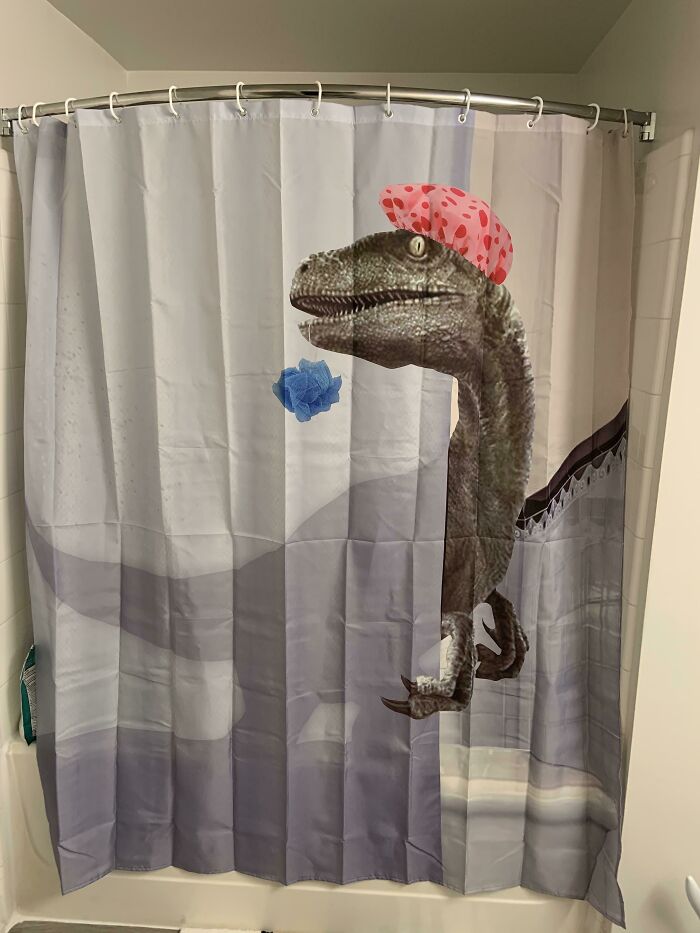 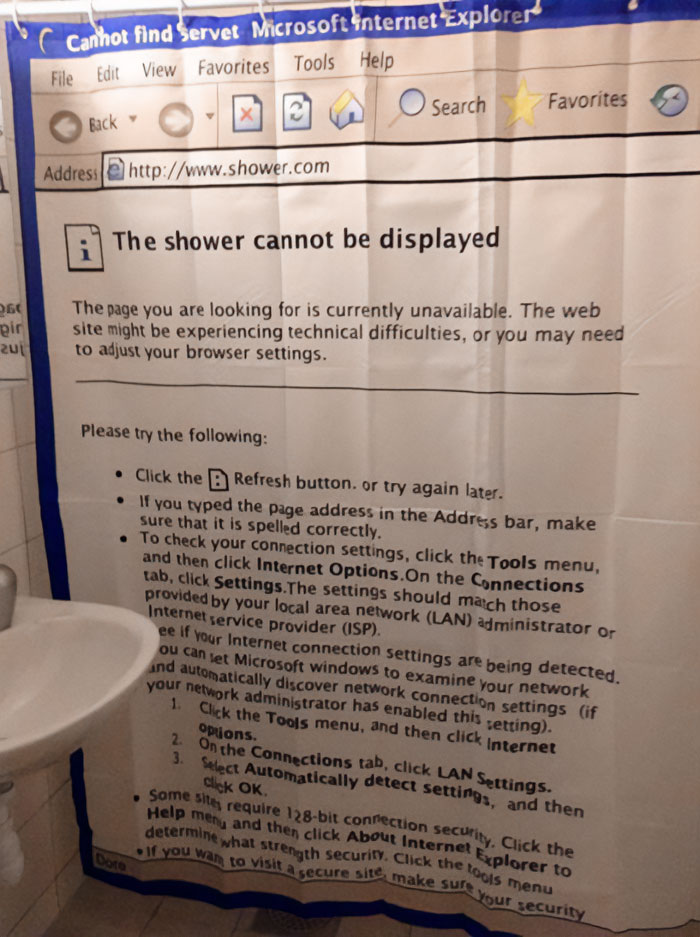 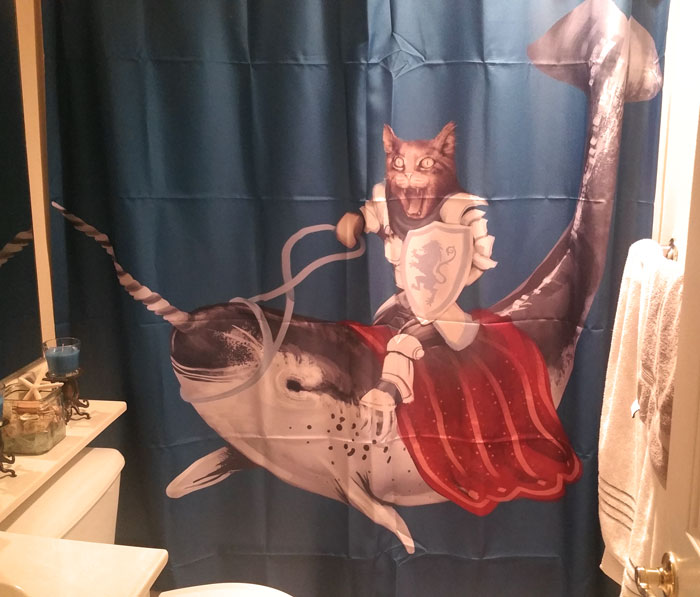 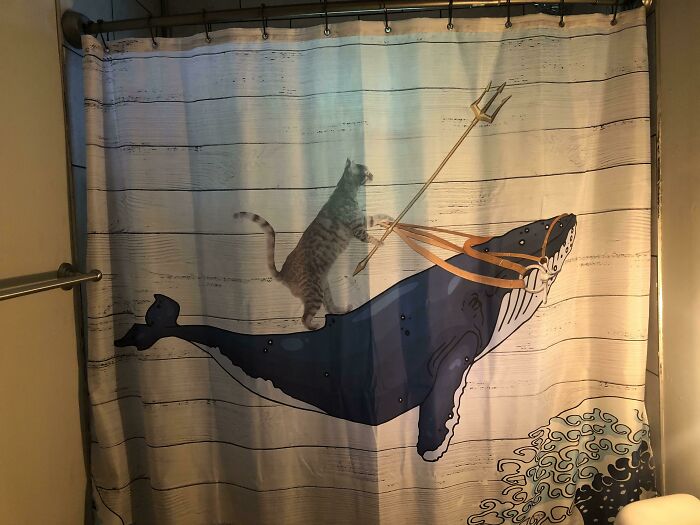 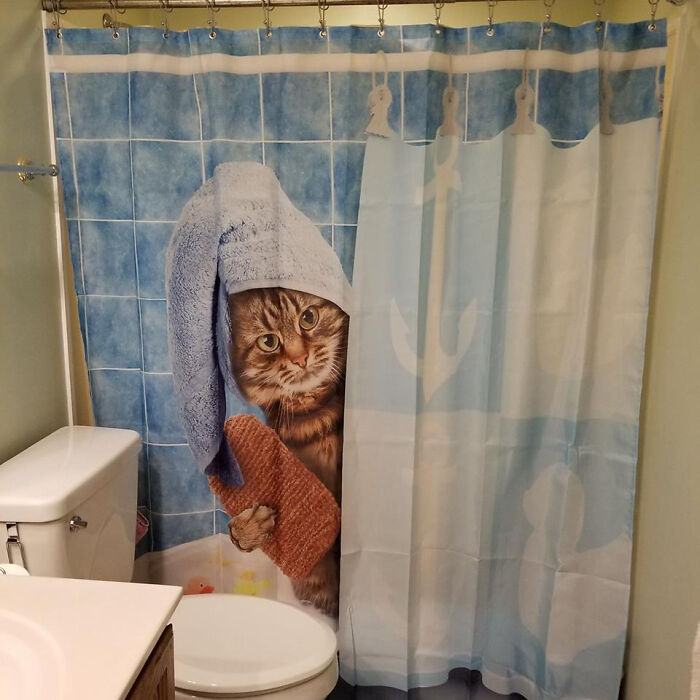 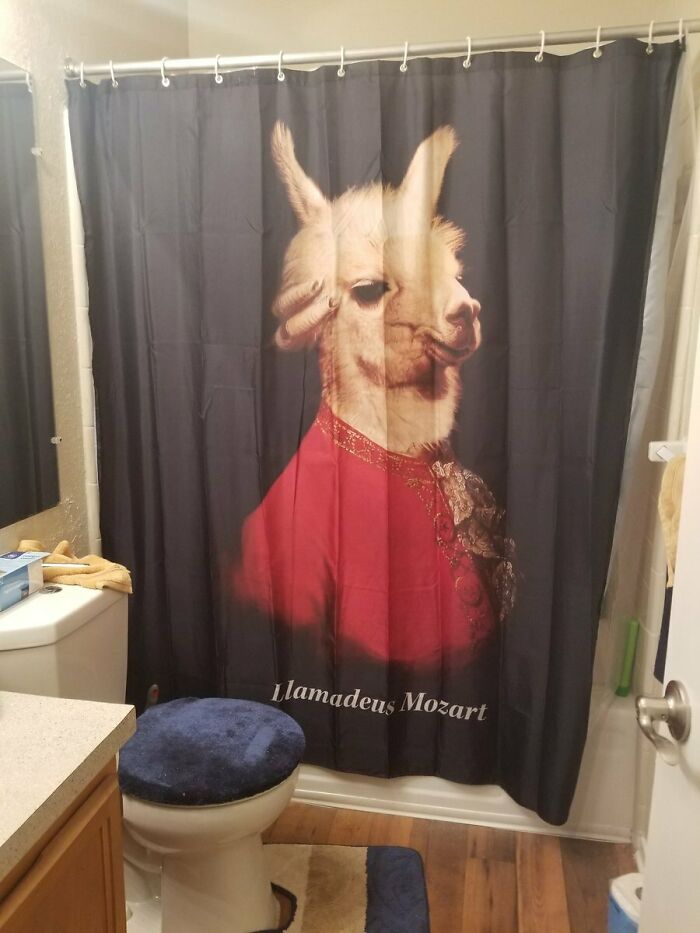 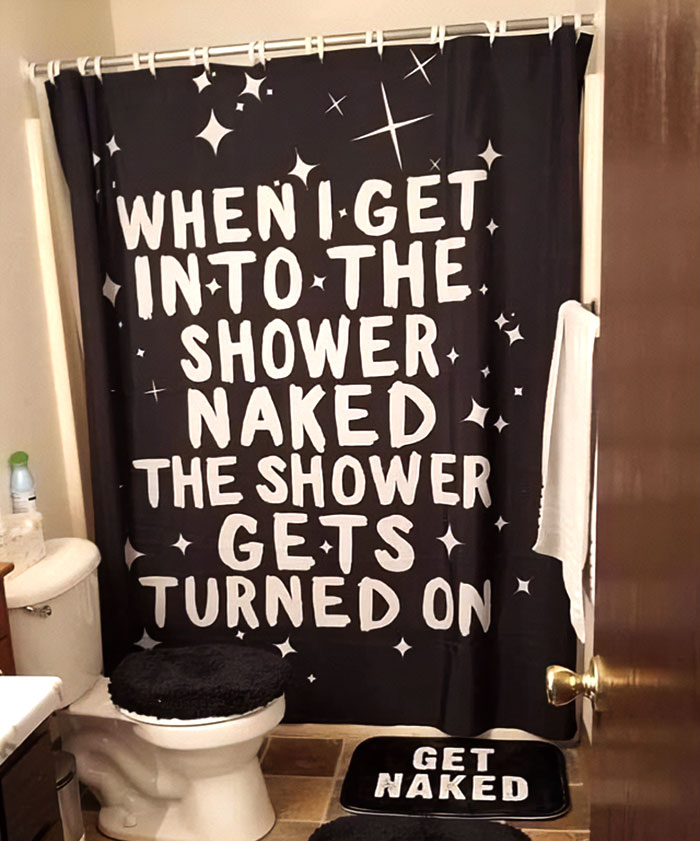 I’d love any one of these but the bookcase one is really my favorite. I may never live in an old manor with false bookcases that hide secret passageways but at least with that one I could pretend I did.