Pen & The Art Of Writing.

Freethinkers Anonymous > The Weekly Essay > Pen & The Art Of Writing. 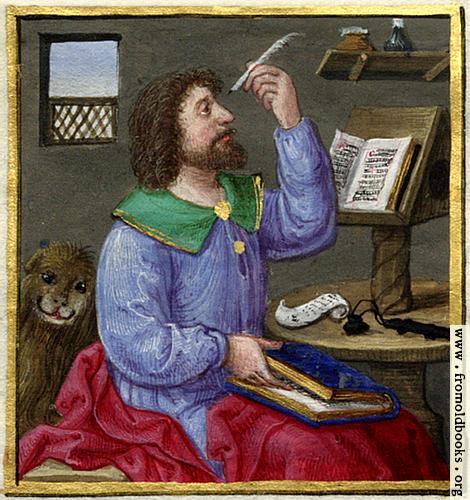 Someone in my writing group brought up the subject of writing software–that is, programs that are meant to assist writers, not writing programs which is more specifically called “coding”–because they were working with a new one called Vellum. And several other people talked about using an older program called Scrivener, and someone yelled out “Notepad!” and if we’d been in the same room I would have high-fived them because I’ve used Notepad and also actual notepads. And I thought about writing something that would make fun of writing programs since my own personal preference, most of the time anyway, is to write on actual paper, or to use the most bare-bones word processing program I have available (see Notepad) but I’m pretty sure that joke’s already been done and more importantly I realized it violated something I sent to a friend several years ago when he told me he was writing a book and asked for advice. And I sat down and thought about it and wrote out the Nine Commandments Of Writing:

1. Write every day. As much as possible write at the same time every day.
2. Set a specific quota for your daily writing. For a lot of writers this is two-thousand words or roughly four pages.
2. Use a specific place to do most of your writing.
3. Save all drafts. Writing by hand or using a typewriter is the best way to do this but most word processing programs can now save old versions of whatever you’re working on.
4. Before you start writing take several minutes to mentally prepare yourself. Don’t just dive in.
5. Isolate yourself when writing. Writing is a lonely art by necessity.
6. Avoid distractions. Stay focused on the writing in front of you.
7. Get down a rough draft or an outline before you start revising. Have a specific ending in mind.
8. Everything will need to be revised.
9. Throw out all these rules. How you write is how you write. It may take a while to figure out what your particular method is and you may even try different things, but do whatever works and if it works don’t let someone else tell you it’s wrong.

I do try to follow some of those rules myself but I purposely put some things in that list that I don’t do just to be able to point and laugh at myself. And just to underscore the importance of Rule #9 here are some examples and counter-examples: Virginia Woolf wrote standing up, Mark Twain wrote lying down, Nabokov wrote on note cards, and I once met a TV writer who fed a roll of butcher paper through his typewriter so he’d never have to worry about reaching the end of a page. Philip Levine has said he hates having a view and was once staying with friends whose house looked over the Golden Gate Bridge, so he went and wrote in a closet. Joyce Carol Oates, who’s famous for her output, likes to look out the window while she writes. A minor quibble I have with Stephen King’s book On Writing is he puts down writer’s retreats, and, well, maybe they don’t work for him, but I once had a very productive weekend at an arts retreat. It got me out of my usual space and headspace. I also like to write in coffee shops where people come and go. Once I was working on a story and I was interrupted by a person from Porlock and the story took a turn that made it better.
Some people work just fine on a computer with a word processor. Some writers I know buy old typewriters and use those even if it means doing all their typing twice, although advances in scanning technology are reducing that need. I like to write by hand, best when I use fountain pens–I have some heavy ones that make me feel like my ideas have more importance until I go back and read that I’ve written, “Dogma is more engaging than catma.” I also end up having to retype everything because there will never be a scanning technology that can read my handwriting.

And while I don’t use them myself I can see the value in high-powered writing programs that store all your drafts and track changes, have easily accessible sub-folders for notes, and can even auto-generate a table of contents for your book, which does seem a little weird to me. I’m going to go off on a tangent about tables of contents because I like how some writers, like Henry Fielding in his novel Tom Jones would write descriptive headings for his chapters. Carlo Collodi also did that for Pinocchio. My favorite one is Chapter 35, after Pinocchio’s been swallowed by a giant Dog-Fish, and the heading is, “In the body of the Dog-Fish Pinocchio finds…whom does he find? Read this chapter and you will know,” and I said, “Thanks for the giant spoiler there, Disney!” More recently there’s Italo Calvino’s If On A Winter’s Night A Traveler where it’s best if you don’t read the chapter headings at first because there’s a giant spoiler there, but I’m getting off the subject.
Maybe the one inviolate rule of writing is that reading is important–I’ve never known a writer who didn’t have a love of reading, who didn’t start writing because they fell in love with a book or books and said, “I want to do that.” Samuel Johnson wisely said, “one must turn over half a library to write one book,” and I’m not allowed to go back until I pay for the damages, but that’s another story.
I could turn the importance of reading into its own rule and make it an even ten but I’d rather leave it as it is. If you want ten commandments write your own list.