One Christmas when I was a kid I got a chemistry set. This wasn’t a surprise. I was interested in chemistry and had specifically asked for a set, and although this was after the era when radioactive elements were included in chemistry sets it was still during the era when sodium ferrocyanide was included and my parents had to warn me that mixing it with either hydrochloric acid, which I’d gotten a bottle of from the hardware store, or sulfuric acid, which I’d gotten from an old car battery, could create cyanide gas and kill me and anyone else nearby too. And I did once almost set the garage on fire, but I learned my lesson from that experience and only ever almost set the garage on fire two more times, in entirely different ways, so that was good.

I had a lot of fun with the chemistry set. It came with a book of experiments, including a whole section of “chemistry magic” and I went straight for that because I thought I had an interest in chemistry but really I had an interest in making colored liquids and blowing stuff up. My real interest, though, was the elements. I was fascinated by elements in their pure, or almost pure, states and wanted to get as many as I could—as many as could be safely stored, anyway, without setting the garage on fire or killing anyone. So anything radioactive, even if I could find it, was out, and so were gases, but I had samples of pure sulfur from a bottle I bought at the drugstore, and lead from the weight on a car tire, and that was so soft I could cut it into small shavings with a pocketknife. The chemistry set also came with a small alcohol lamp that burned hot enough to melt the lead shavings back into a solid lump which is pretty impressive considering that the melting point of lead is 621.5°F, or 327.5°C, but when it’s that hot it really doesn’t matter if you’re using Fahrenheit or Celsius because you’re not going to be around for long. I also had a bottle of mercury my grandfather had given me—I have no idea where he got it, but it was at least enough to fill a hundred old thermometers. 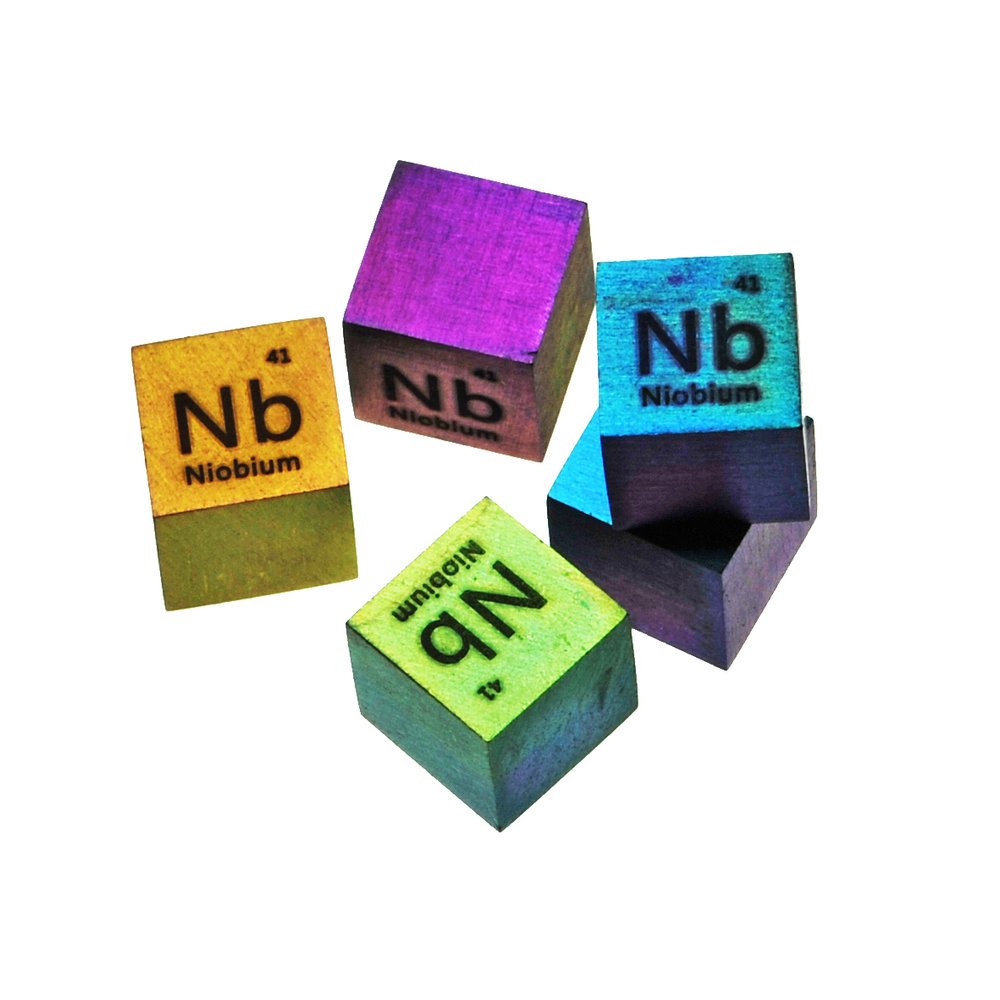 I really wanted some of the more unusual, exotic elements, and that’s why I wish Luciteria Science had been around when I was a kid. Or maybe it was but there was no internet so I couldn’t find it. They sell elements in cubes, and a cool display case for holding them, and I’m more than a little fascinated not just with the range of elements—mostly metals—but the prices too. A gold mirror cube is just $65.00, but an iodine cube—and, yes, iodine is a solid, contrary to what my seventh grade science teacher said—is $500.00. An aluminum cube is just $6.00, or you can get a highly polished one for $25.00, which is impressive considering that aluminum used to be more expensive than gold. Beryllium—which tastes sweeter than sugar but is highly toxic—is just $5.00, and so is boron, but a cube of calcium will set you back $119.00. Niobium cubes, $13.00, are multi-colored, but the polished mirror cube of the same element is a plain silver, and speaking of that, a plain silver cube is $30.00 but a cube of palladium is $2100.00.

And, honestly, I’m more interested in the aesthetics than the economics, although most metals just don’t look that different from each other. They’re still pretty cool, though, and they all come in a plastic case so they won’t set your garage on fire or kill anyone.