I liked this shot of the moon over our snowy roof.

Two things happened this past week. One is that Nashville got a sudden and very deep layer of snow that started early Friday morning. I was sitting at my desk looking out the window when snow began falling, quickly covering everything, and then the temperature dropped overnight so the places where I’d trudged back and forth taking the dogs out froze into solid ice so Saturday morning I skated out whenever I went out with the dogs. 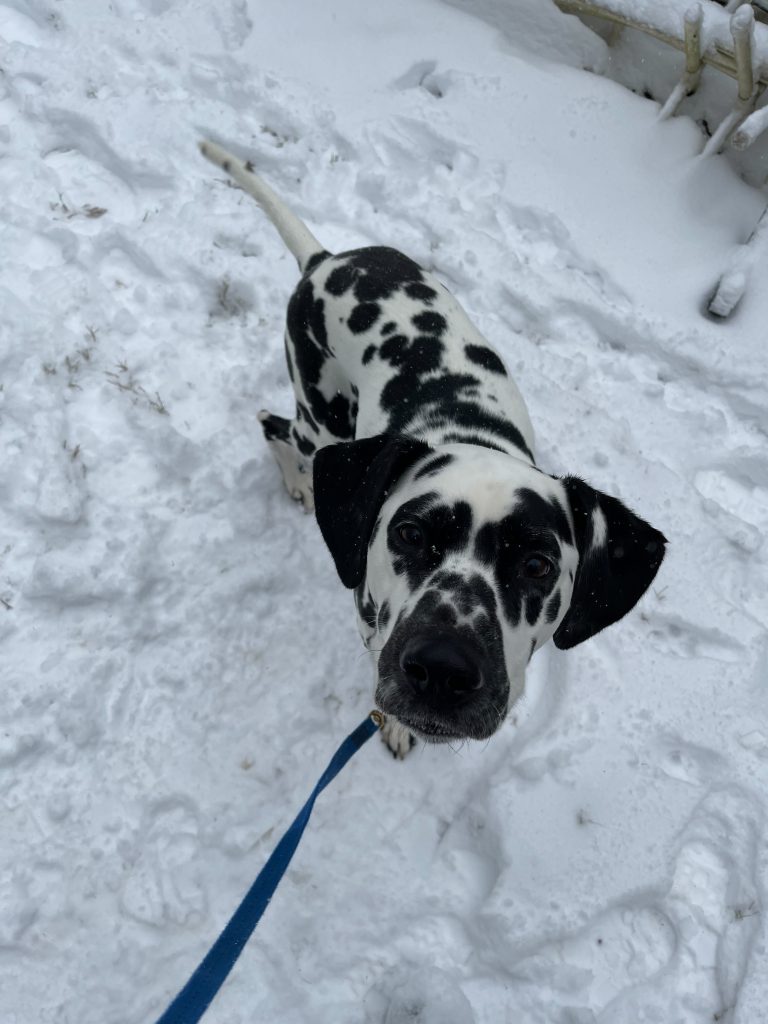 The second thing is I read an article about how some automakers, especially the luxury ones, are building “brand experience centers” so customers, and even people who aren’t looking to buy a car, can just wander in and enjoy the outdoor deck, the café, the library—wait, what?—and the fancy restaurant with a Michelin-starred chef. That last is an interesting tie-in since the Michelin guide was started by a tire company even if it’s now more associated with pretentious, overpriced food, but that’s another story.

Putting all that stuff together in a single car dealership seems like a cool idea. It would make for a much nicer atmosphere than some of the experiences I’ve had at car dealerships, like the time my wife and I went looking—and we told the salesguy up front we were just looking—and he went off on a tangent about people coming in and wasting his time, then showed us a car we thought we might like but said he’d only negotiate pricing if we’d sign a form and when my wife crossed out the part that said “agrees to buy at this price” right after the space for our names the salesguy jumped up and started screaming in our faces. Then when we got up to leave he tried to block the door and started yelling at his manager that we’d been wasting his time and were terrible people, and I would have said, “Hey, we’re right here!” but he wasn’t paying any attention to us, which is how we were able to slip out.

So, yeah, a place with a more relaxed atmosphere would be a nice change.

A third thing that was supposed to happen this weekend that didn’t because of the snow is I was going to take the car in to get the oil changed and the tires rotated, which usually takes a couple of hours and because, well, they’ve got the car, I’ll sit in the waiting room and drink really terrible coffee and read a book because they’ve got a TV in there but it’s stuck on the 24-hour infomercial channel and they’ve lost the remote. Sometimes I think about a TV commercial for the old Saturn cars, another brand that promised to make buying a car a more pleasant experience before they went out of business. This commercial, though, was about a guy driving across the country, apparently stopping at every Saturn dealership, and the data they collected on him:

Yeah, remember when keeping that kind of personal information on a customer was cute and companies didn’t use it for targeted advertising? Also I wish the place where I go to get the car’s oil changed had jelly doughnuts. Or just doughnuts. Or at least some better coffee.

There also seems to be something slightly counterintuitive about a car dealership packing a bunch of other businesses into a small space. It sounds nice but it’s also going to make me think, hey, if all these places can be set in the same building, or even within easy walking distance of each other, I’m going to rely a lot less on a car. I won’t say that to the dealers, though. They might start screaming in my face.