You Can Get There From Here.

Freethinkers Anonymous > Adventures In Busing. > You Can Get There From Here. 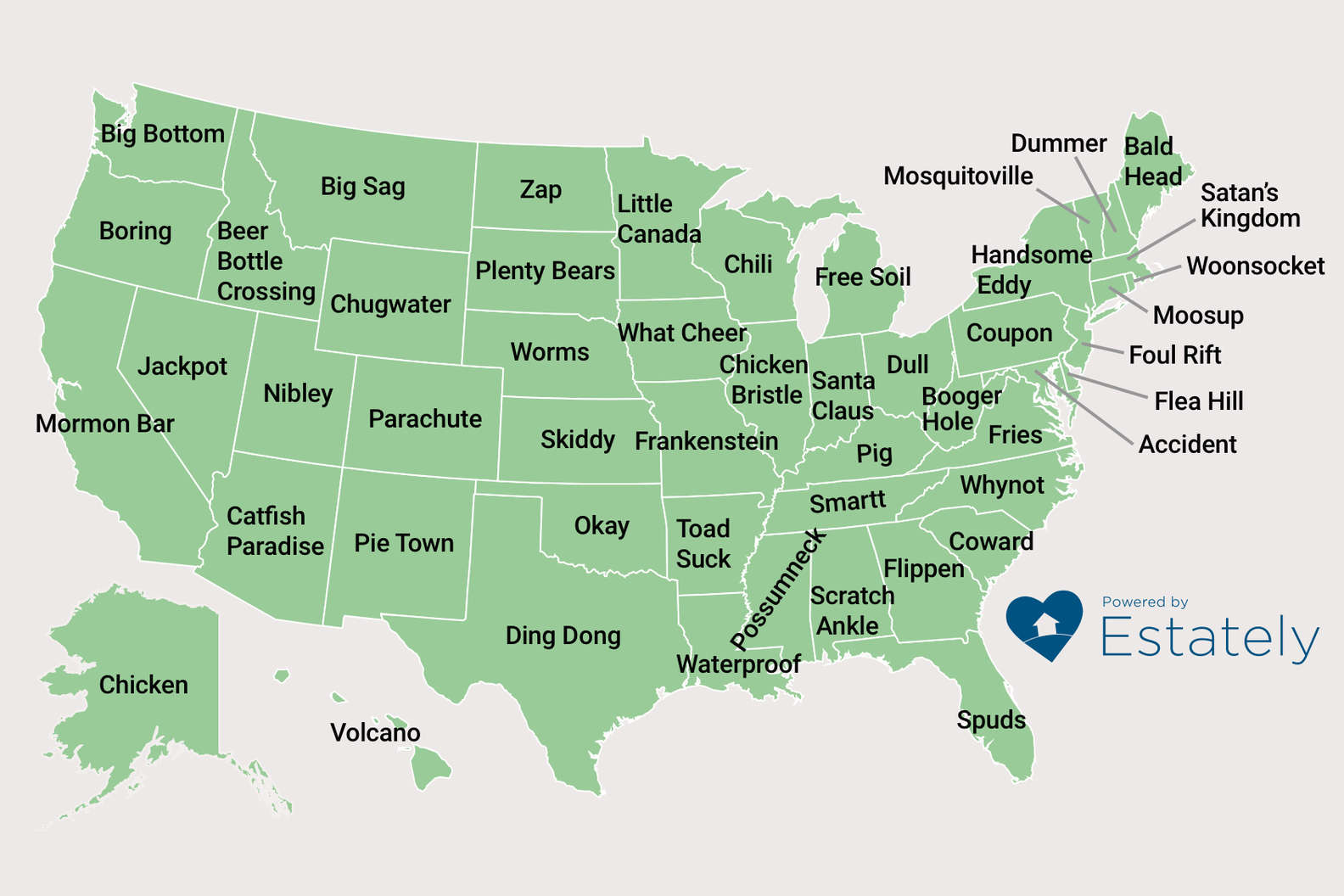 Even though this map of the allegedly weirdest town names in the United States is more than five years old now it still popped up in my news feed recently because, I guess, someone was looking for something to write about, and it was good timing because I was looking for something to write about. This is probably one of those things that’s going to pop up regularly until the end of the internet, even though the internet has long since confirmed the common wisdom that weird is relative, which anyone who has relatives already knew.

For instance, I’m surprised Big Bottom is the pick for Washington, the state that also has Walla Walla, Humptulips, Tokeland, and Seattle. And I know that for Indiana some people consider French Lick to be weirder than Santa Claus, and, having been to French Lick, and having visited a lot of Indiana, I can confirm this is true. French Lick may be the weirdest place in Indiana, and not just because it’s the home town of Larry Byrd. And I really don’t understand why Handsome Eddy gets the nod for New York when Poughkeepsie is passed over.

It’s Tennessee that really gets my attention, though. Whoever picked “Smartt” as the weirdest town name in Tennessee obviously missed Frog Jump. Or Bell Buckle. Or Soddy-Daisy. Or Finger. Or Bucksnort. I will never forget Bucksnort not only because of the name but because many years ago when I worked in a mailroom I overheard a guy I worked with telling someone about the Bucksnort Trout Ranch. Only he couldn’t remember the name of the town—just that there was a trout ranch there, and he said, “If you’re going to Memphis…it’s on the right.”

I laughed and said, “Uh, Chip, you do realize Memphis is about a three and a half hour drive from here, don’t you? How many things do you think are on the right between here and there?” And everyone laughed.

That evening I told my wife about it but she didn’t find it funny, or even weird.