Ring Around The Neighborhood.

Freethinkers Anonymous > Adventures In Busing. > Ring Around The Neighborhood.

Fairy ring in my neighborhood in 2018.

So I’m a little worried I was too hard on the Back To The Roots mushroom kits in my last post since, like I said, mushrooms are funny things. Even the most mundane mushrooms need just the right conditions to grow, never mind the more unusual varieties. Truffles—the mushrooms and not the chocolates—are so ridiculously expensive because they only grow in really special places or under special conditions, although, contrary to what I’ve heard most of my life, truffles can be cultivated. They’re still not easy to grow, though. When I was a kid we had a neighbor who grew white button mushrooms in his garage. It was pretty cool, but I think he gave it up because it was a lot of work to grow the same mushrooms he could buy in the store. He was also the local mushroom expert and had a whole shelf of books on mycological matters. Once when he found me reading some of them we had a long talk and he told me there are five easily identifiable wild mushrooms—puffballs, inky caps, morels, chanterelles, and oyster mushrooms—that are edible and delicious. Not all of them grew where we lived, though, and even the ones that did needed just the right conditions to pop up. And after reading what certain species of Amanita can do to you I wasn’t sure I ever wanted to eat a mushroom again—not even ones that came from the store.

And then there were the really weird ones that I first saw sprouting up all over the neighborhood one spring day when I was walking home from school. They were pink and stood straight up with a broad tip at the top and, yeah, it looked like there were penises coming up out of the ground. I even heard one lady who had a bunch of them in her yard say, “Oh, sure, but where’s one when you need one?” but that’s another story. 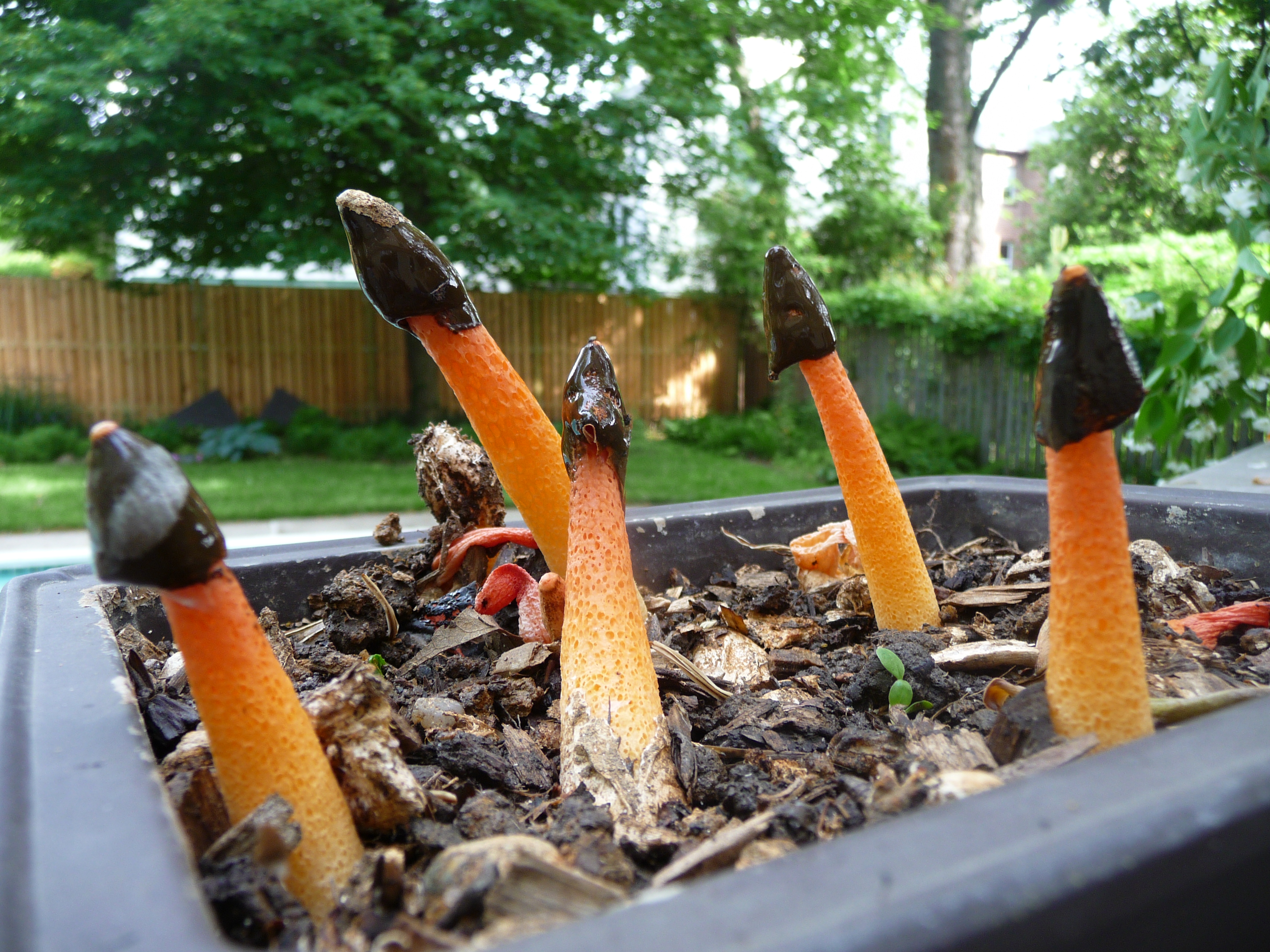 The caps were soon covered with a brown slime and then bloomed into webbed spheres. The neighbor guy was only interested in edible mushrooms so he didn’t try to identify them—they smelled bad and their weird looks just screamed “poisonous or at least awful-tasting”. I still thought they were fascinating—disgusting, but strangely appealing, like a John Waters film. With the internet’s help I’m pretty sure they were some variety of the aptly named stinkhorn family of fungi. Like all mushrooms they soon disappeared and while one or two came up the following spring we never again had a mass invasion. Whatever special conditions prompted their appearance the first time never came again. They’re funny things.