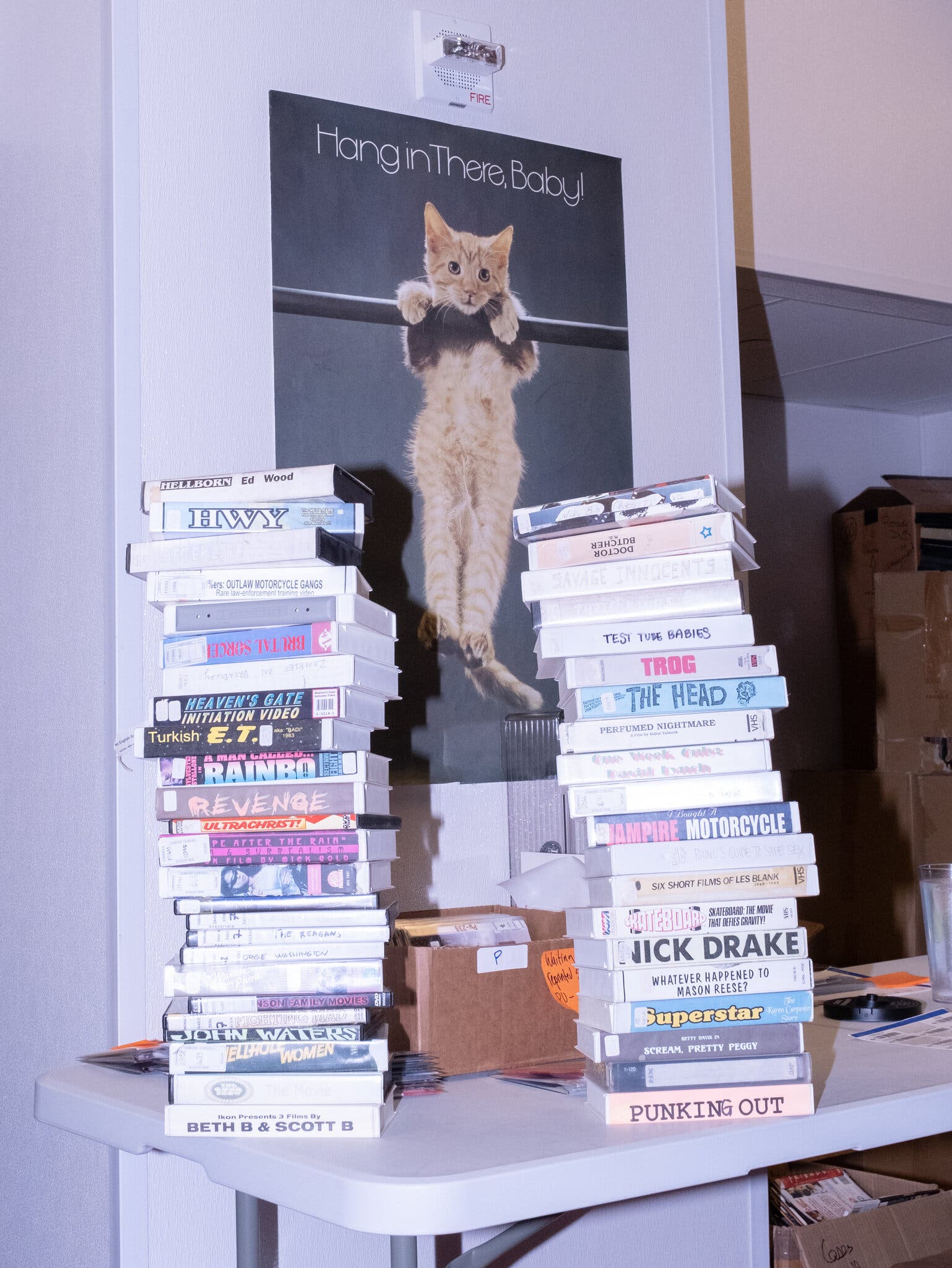 I remember my first visit to a video store. The VCR craze was just taking off and little independent stores were popping up all over the place. Independent, yes, but each one was the same: cheap carpeting and cheaper wood panel walls lined with empty cassette boxes. This was early enough that there were separate sections for VHS and Betamax, although the latter was still much smaller. I checked out Star Trek: The Motion Picture and the 1931 Dracula with Bela Lugosi. The store’s policy was rentals were due back in two days which was almost enough time to watch all of Star Trek but that’s another story.

Other, bigger video stores opened, in some cases swallowing the smaller ones, and some of the people behind the counters became curators who’d comment on selections and recommend other titles, especially if they got to know you. Or not. When I was in college there was a tiny video rental place two blocks from my dorm. It was in the middle of a neighborhood and I think the couple who owned it lived upstairs—a bona fide Mom and Pop operation. They never took any notice of what I rented, and any way their collection was oddly eclectic and disorganized with Eraserhead shelved next to a Three Stooges anthology shelved next to the 1931 Dracula with Bela Lugosi.

But then came DVDs and with it those services who’d mail selections straight to your home so you wouldn’t have to make a special trip to the video store or worry about a title you really wanted being out of stock. And no more late fees. I didn’t realize it at the time, though, but I missed handing tapes over to a person who might say, “Hey, if you like Barton Fink you might want to check out Blood Simple if you haven’t already.” Recommending one Coen Brothers film for another may not have been much of a stretch but still it was made by a person, not an algorithm. And there was the simple pleasure of browsing, reading the description of a movie on the back of the box, and thinking I’d give it a try only to wonder why no one had recommended Cinema Paradiso to me before.

So I really envy the New Yorkers who’ll get to go back to Kim’s Video & Music, a place whose collection sounds even odder than the one I used to visit in Evansville, and which, after its closing, made the journey from New York to Salemi, Sicily, and back again. Now it’s reopened, inviting customers to come in and browse again. Video rentals are free and if you got rid of your VCR a long time ago you can rent one of those too.

There’s so much nostalgia in the idea of a place where you can go and browse, especially without your browsing being recorded. Sometimes when I’m scrolling through the seemingly limitless options available just through the few streaming services we have I wonder what I’d find if a computer program weren’t feeding me options based on my viewing history, what I might check out if one thing I came in looking for was out, even what I might find if there were still Mom and Pop places.

Well, at least there still is the public library where I can browse and, and it has a seven-day lending period which is almost enough time to watch the director’s cut of Star Trek: The Motion Picture.

Here’s my tribute to the decline and fall of a local Tower Records store, and while music is a whole other genre that place did have a video rental section with a lot of movies and staff who knew them all and were handy with recommendations. It’s the personal touch I miss.