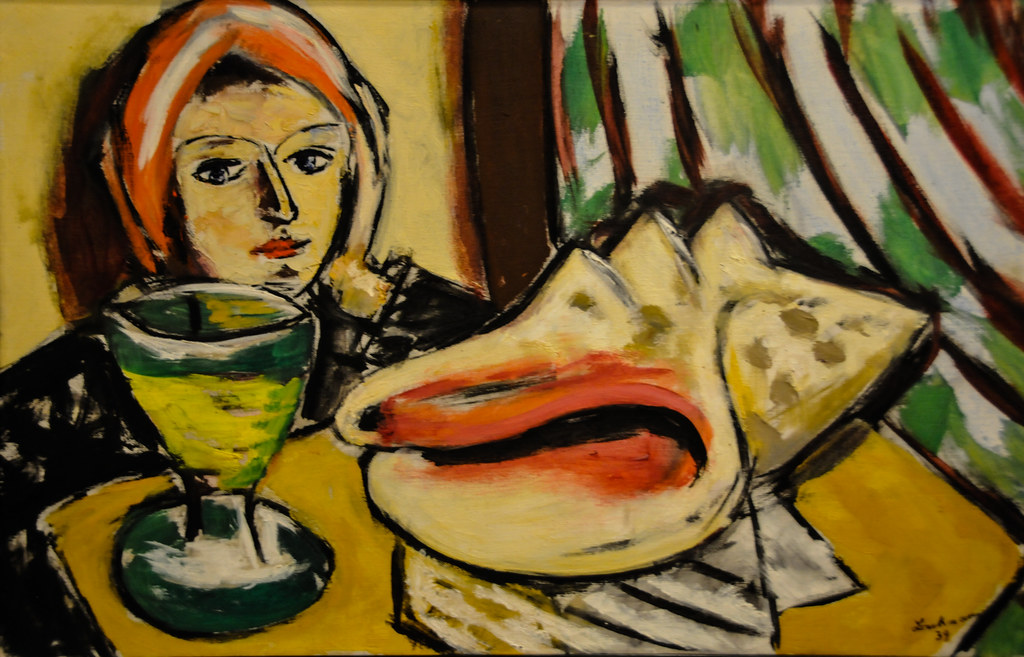 I was in the British Museum and saw a guard with a big mop of sandy colored hair and a large mustache. He looked a lot like the trick shot pool player Charles Darling. Mostly the guard just stood against the wall watching the room but if he noticed anyone looking at him he’d smile and wiggle his mustache. He was such a cool guy and I wanted to talk to him but you’re not supposed to distract the guards in a museum, unless you’re pulling a heist like the one that made the Mona Lisa famous, but that’s another story. Actually any time I see a museum guard I want to talk to them because I think they must have some interesting stories, or at least some interesting opinions on the art they’re watching over. They spend more time looking at it than anyone else, and I’ve always assumed some of them take the job because they’re interested in art.
It turns out I’m right, too. The Baltimore Museum Of Art has a show called Guarding The Art of works selected by museum guards. Seventeen members of the security staff picked works, wrote wall labels, and helped design the installation, which is a pretty amazing idea. One of the guards is Kellen Johnson, a classical voice performance major at Towson University, who said, “We’re filmmakers, musicians, professors, writers, artists. We know a lot more about the artwork than people would be led to believe.” He selected Max Beckmann’s Still Life With Large Shell, and also Hale Woodruff’s Normandy Landscape, asking, “If this painting could sing, what would it sound like?” Then he sang part of Mozart’s “Dans un Bois Solitaire” which is a really cool response to a work of art.

Another guard who took part is Traci Archable-Frederick who picked Mickalene Thomas’s Resist #2 (2021), saying, “When I saw it, I was like, ‘This is everything that I want to say.’” 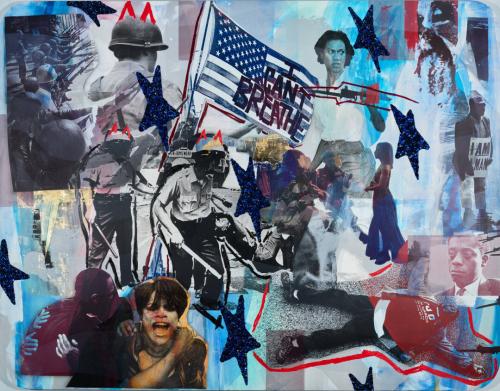 And that speaks to a concern brought up and shot down by former guard and now artist and also trustee of the Whitney Museum of Art Fred Wilson who said, “I worry that this ‘experiment’, if repeated, will be erroneously understood as a possible dumbing down of museum exhibitions.”
The whole point, of course, is that professional curators aren’t the only ones who should have a say in what goes on the museum walls, and there’s no “right” interpretation of a work of art. The opinions of the guards are just as valid as the opinions of the critics, the docents, and the people who just come to look. Like I said guards probably spend more time with the works they watch over than anyone else, and that allows them a lot of time to understand the art, even if that understanding is just what it means to them personally. As long as art museums are open to everyone they’re also open to every interpretation.

Next I’d like to see exhibits curated by janitorial staff. The people who keep the museums clean also have an interest in the art, and, like the guards, get to spend a lot of time with it, including after hours. Janitors have even accidentally “cleaned up” installations they thought were just garbage–and it’s happened multiple times–which sounds like a joke about modern art but I think, hey, that’s a perfectly valid opinion. I’m really not kidding about it either.


More from my site