“If Once You Have Slept On An Island” by James Wyeth.

Last week a coworker moved to Cleveland, which would be a heck of a commute if it were Cleveland, Tennessee, but, no, she moved to Cleveland, Ohio, which I’ve visited and thought was a pretty cool town. I visited the Rock And Roll Hall of Fame, the Cleveland Museum of Art, and I got to walk around the Botanical Garden while it was still under construction because I wandered in while the building crew was all out on a lunch break. It didn’t look like much at the time–there was a lot of plastic sheeting and plants in pots, but I’m sure it’s much nicer that they’ve finished it. Anyway I wished my coworker well and said “Don’t get lost backstage!” but that’s another story. And while I enjoyed my time in Cleveland I was there in the summer, and, nice as it was, I’m not sure it’s a place I’d want to live. I’ve checked the winter weather in Cleveland and I’m not sure I’d want to even visit in January or February.

The same day that we had a video farewell for the coworker headed to The Forest City a friend sent me an article about an island for sale. Most islands are out of my price range–I’ve checked–but this one seems like a bargain at just $339,000, which is actually doable based on the offers my wife and I have gotten for our house. It has a really nice four bedroom home already built on it and, being on an island, of course it has a spectacular view of the water. The downsides include the fact that Ducks Ledges Island island is only 1.5 acres, there’s no heat or running water, and, well, it’s an island on the ocean which means in a few years it’s likely going to be underwater. Literally. The home is built to withstand flooding but I’m not sure I’d want to stick around and find out how much flooding it can take.

It’s also in Maine. I’d mostly put this in the positive category. There are nice people in Maine, there’s a lot of fun stuff to do there, a lot of interesting wildlife–quite a bit of which shows up on the island–but it’s an area where the weather can get more than a little rough. The owner requires anyone interested to spend a night on the island, which sounds more like a setup for a Scooby Doo mystery than a real estate transaction, but it makes sense. The owner is saying caveat emptor up front and giving potential buyers a chance to suss out the caveats. I’d recommend staying overnight in the winter for anyone planning a permanent residence, but it sounds like even the current owner doesn’t stay there all year.

Also I suspect that if there’s no running water or heat the wifi is probably spotty at best which would make telecommuting difficult, so I’ll just stick closer to where there’s ice cream. 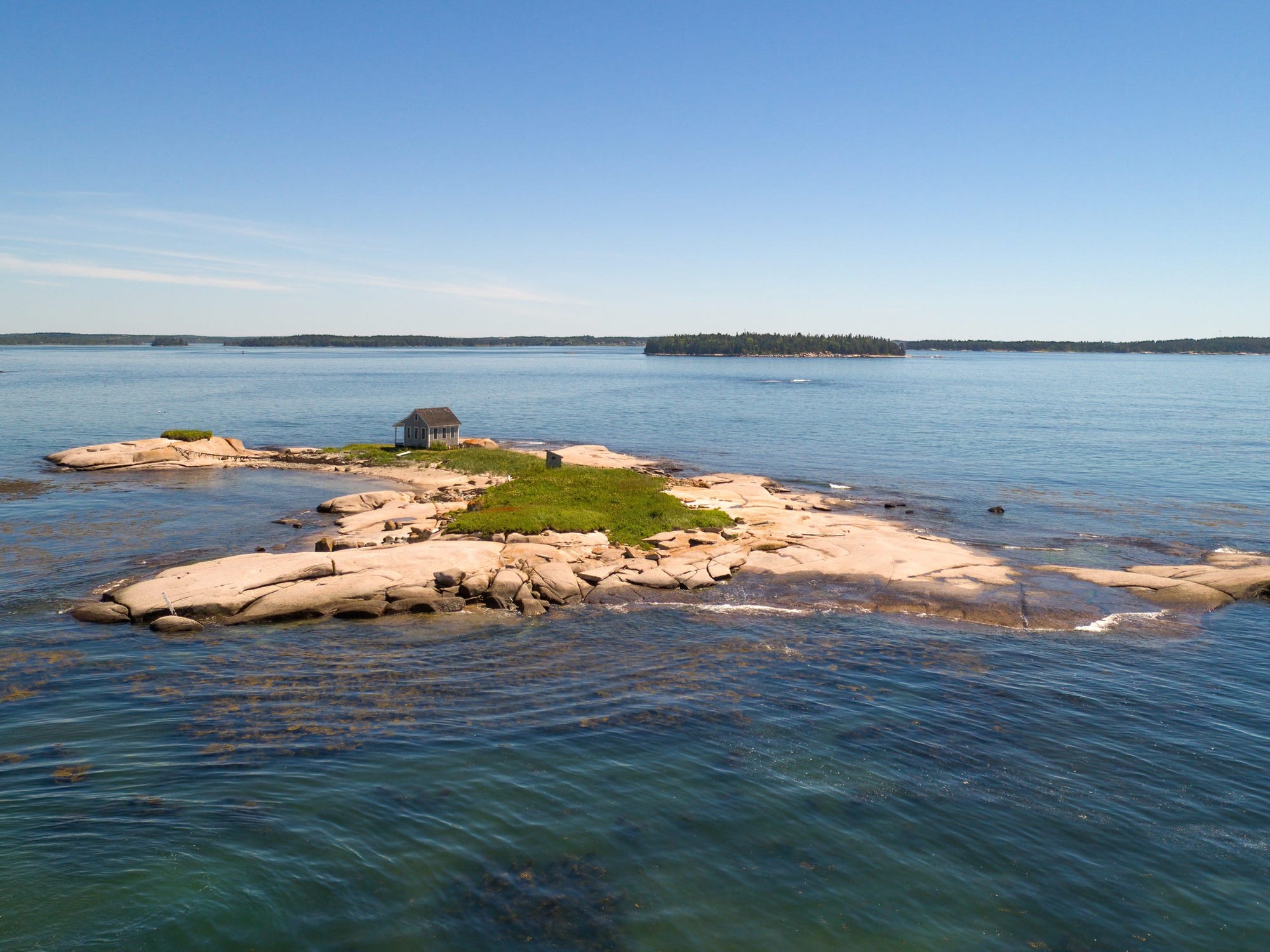