If I Lived There…

Freethinkers Anonymous > Adventures In Busing. > If I Lived There…

The pizza I’d come to pick up wasn’t ready so I went for a walk along White Bridge Road, which is part of an unusual neighborhood for Nashville. It’s a major thoroughfare with shopping centers and restaurants ranging from Turkish to Thai, and a sushi place where the sushi goes around tables on a conveyor belt and you grab plates of what you want as they pass by, which is almost entertaining enough to distract from the fact that the sushi isn’t that good.

Most—but not all—of the commercial places are on the east side of the street. On the west side there are business blocks next to blocks of homes, and behind the businesses there are homes. People live within walking distance of bubble tea shops, pet food places, mattress stores, a psychic. There used to be a Chinese restaurant and tiki bar in a tall triangular building with bright red tiles on its sloping sides. It’s gone now, but it’s been replaced by apartments. 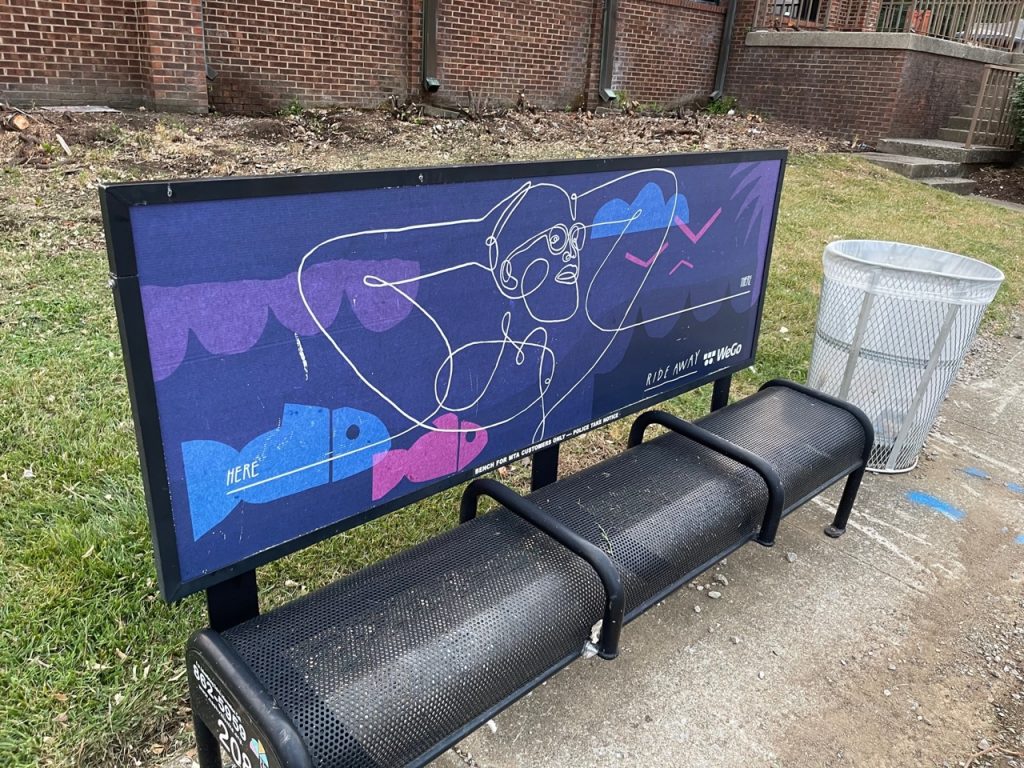 White Bridge Road is four lanes of high-speed traffic and yet because it’s so close to where people live I regularly see people, sometimes groups, crossing it, usually families with kids, or sometimes just kids. It’s not like the high density neighborhoods of New York or Chicago where bodegas and delis sit next to apartment buildings. It’s not sprawling, even if it’s  sprawlish, which makes it an okay place to walk.

It’s unusual because most of Nashville is built with cars in mind. One of the reasons we have such lousy public transportation is city planners and politicians assume everyone has a car, and, mostly, they’re right. A friend of mine has said to me several times, “I’d love to take the bus to work if I didn’t have to walk five miles across two interstates to get to the closest stop.” And that closest stop is one where, if you miss the bus, it’s a two hour wait for the next one, assuming the driver even stops. But White Bridge Road has bus benches, or at least bus signs, at almost every corner, and buses that run about every twenty minutes. For a while my wife had morning appointments at a place near it and she’d drop me off at a stop where I sat next to a guy who was a dead ringer for Robert Frost. We’d chat a bit. I learned he was a scholar of French literature, and he was impressed I could recite a bit of Baudelaire from memory.

When the bus arrived we never got a chance to sit together because so many seats were taken we’d have to split up.

I thought about all this as I ambled down the road, so lost in thought that when I remembered why I was there in the first place by the time I got back to pick up my pizza it was not only ready but cold.