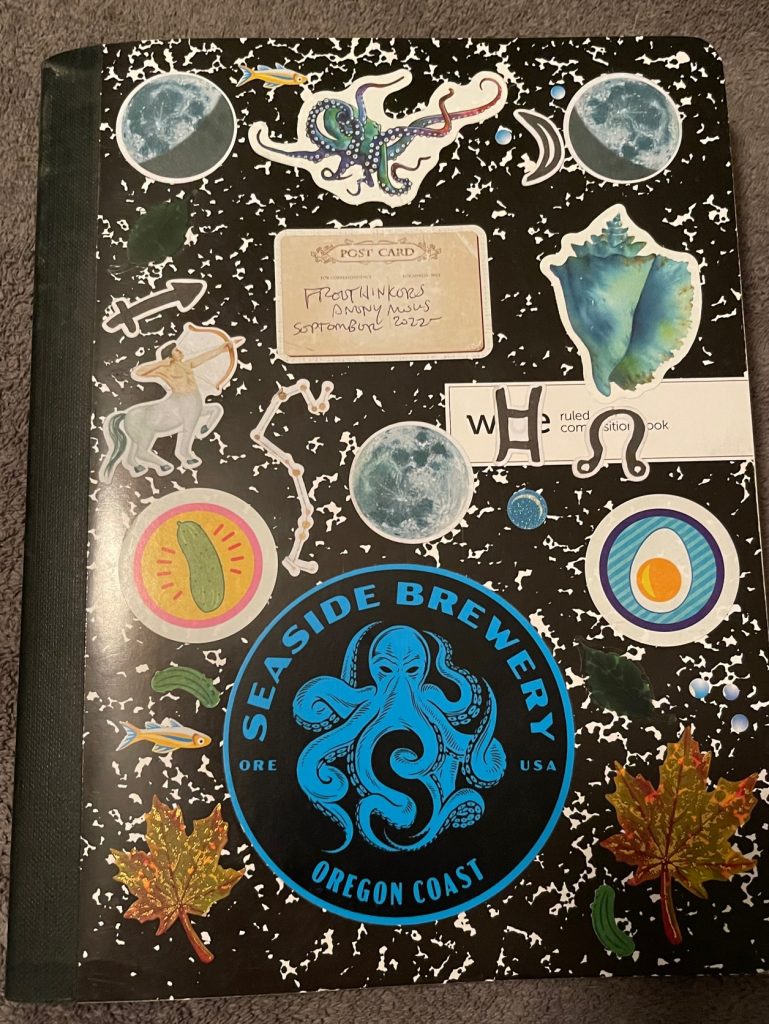 Most of what I write starts out as handwritten drafts in composition books. It’s a habit I’ve stuck to for decades. I like the physical nature of writing by hand, and the security of pen and ink. When I got my first computer, a Hewlett-Packard with an amber monitor and two floppy disk drives, I was amazed by how fast it allowed me to write and edit, but then, after about eighteen months, it started making a thunk-thunk sound when I tried to save what I’d written, so if I really wanted to save it I’d have to recopy it all by hand. I still like word processors and they’ve come a long way and I’ve never had to deal with thunk-thunk again but I still like old fashioned writing by hand.

About ten years ago I was flipping through an old issue of National Geographic that someone had thrown away and I saw a picture I liked. I decided to cut it out and paste it in the composition book I was using at the time. Then I saw more pictures and pasted those in too. I started collecting pictures from magazines, newspapers, even catalogs and junk mail. I’d stick them in composition books, often so far in advance that I’d forget they were there. Turning a page as I was writing would often bring surprises. The cutting and pasting was also a lot of work. Then, in a gift shop, I found a booklet of sea life stickers. They were a lot easier than cutting and pasting magazine pictures.

In spite of that I didn’t look seriously at stickers as a way to decorate my composition books until last year because I didn’t think there would be any out there that really fit what I wanted. I liked, and still like, the randomness of finding an unusual picture that can serve as a writing prompt or just liven up a page, but I thought of stickers as something for kids. I had, and still have, a pretty specific list of what I didn’t want: cartoon characters or overly cartoonish pictures, pictures of people, scenes from movies. Here’s what I did want, what I often looked for in magazines and other sources: realistic pictures of plants and animals, buildings, landscapes, tools and other objects, and abstract color palettes.

It wasn’t until I decided to look that I discovered what should have been obvious all along: there’s a whole community of crafters and journal writers out there who’ve created an industry of stickers: books of reprinted ephemera, steampunk designs, typewriters, clock faces, and all sorts of plants and animals. I got some for my birthday and Christmas and have been adding them to the composition book I’m currently using, and a future one, setting myself up to be surprised. 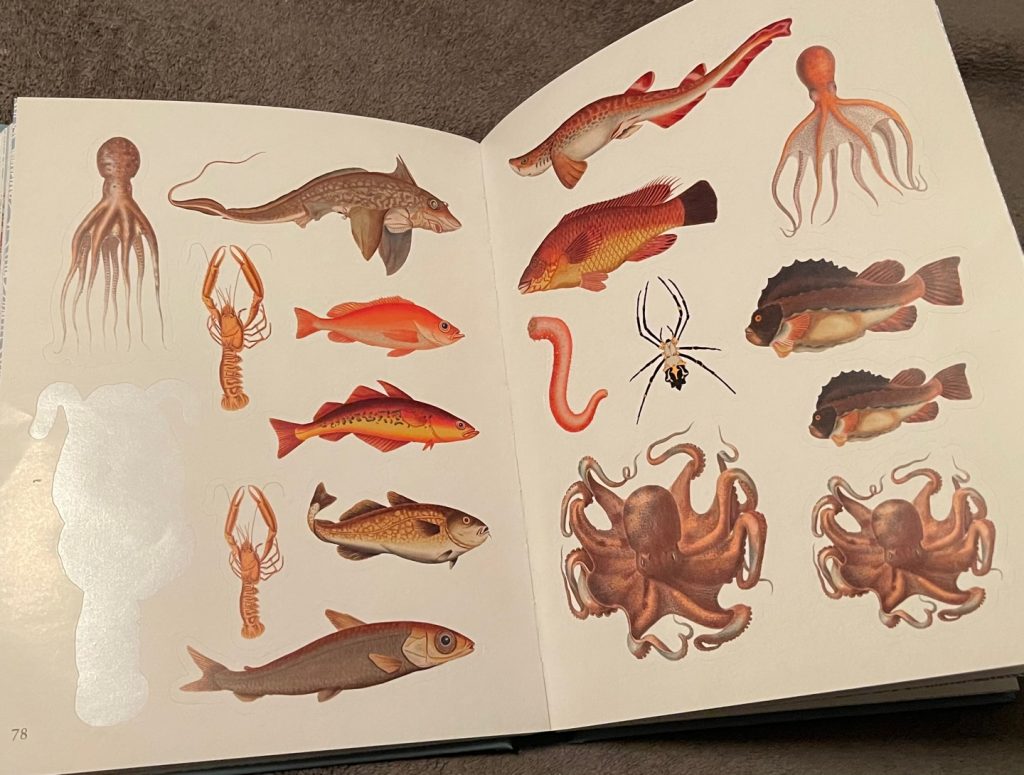 Pasting stickers still seems kind of childish but, as I get older, writing seems more and more important, and the stickers are one way of encouraging myself to write. It means a lot to me when other people enjoy what I write, but, in the end, no one else really cares whether I write or not. It’s something I do for myself–a form of exercise. It’s mental exercise but, like physical exercise, I do it because I hope it’ll keep me healthy and alert, and maybe even extend my life. And like physical exercise it doesn’t matter that I like doing it and feel better afterward. Sometimes I still need some encouragement to sit down and just do it. The stickers I’ve pasted into pages yet to come, that I forget almost as soon as they’re done, offer that.