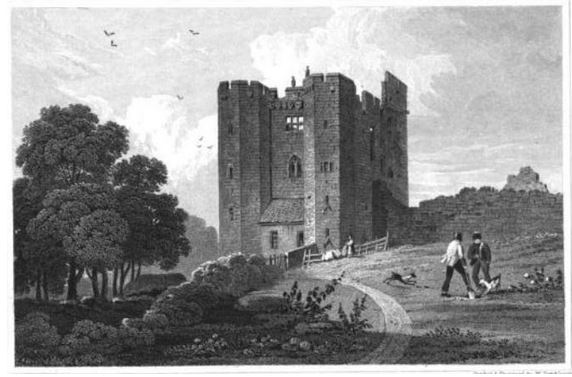 Hi everyone. Thanks for accepting the invitation to the planning meeting for this year’s Renaissance Fair. So. I know it’s strange that we’re going ahead with this, but I have some ideas about how we can make it work. We won’t be using the site, of course, but I think the virtual experience we’re offering will be just as rewarding for our guests as the real thing.

First, some of you may remember my assistant from previous years, whom we all know as Lord Sudsbury.

No, I’m not going to call you that, Kevin. We agreed on Lord Sudsbury, remember? We did not agree on “Sir Osis Of Liver”.

All right, first of all we’ll have performances by our favorite pike-wielding minstrels. Yes, I’m talking about the Britannia Spears. They’ll help us kick things off at ten in the morning and they’ll perform until eleven. They’ve been staying at least a furlong from each other but they’ve been practicing over Zoom and I think they sound great.

I’m really excited that Leanna will be returning. Although she won’t be able to have her usual crafts booth she will be doing a pottery demonstration from ten to eleven in the morning, and another one from two to three in the afternoon. We’ll also have links to her Etsy page on the site and in the video demonstration.

We’ll have another performance by the Spears from eleven to twelve and a separate room where we’ve got a local university professor to give a talk on castle building and a demonstration on how you can build your own from cardboard boxes. So that’ll be fun for the kids. And also…Lord Sudsbury, please don’t interrupt. Seriously, Kevin, we don’t need to know how many toilet paper tubes you’ve saved.

We’ll be taking the usual break for lunch from twelve to one and have an arrangement with Green Door to deliver hot turkey legs for people who’ve ordered them, and we also have a vegan and Tofurky option for the vegetarians and vegans out there, as well as curly fries and a selection of cakes from our regular bakery partner Where Is Fancy Bread.

From one to two in the afternoon Toby and Andrew will show off their storytelling skills. They’ve got an all new fairy tale for us and instead of their usual tip jar they’ll have their Venmo number in their PowerPoint slide show.

Yes, Lord Sudsbury, thank you for reminding me about that. We’re still working on technical issues but we hope to have a virtual version of the traditional Soak-A-Bloke with Lord Sudsbury in the dunking tank.

Kevin, this year could you please not come out in the Klingon outfit?

Yeah, today is a good day for someone to die.

No, Lord Sudsbury, we will not be having a mead drinking competition, even if you are already way ahead.

Anyway we’ll have more performances by the Britannia Spears and I’m especially excited that Anna and Mark have found space on a local farm and have gotten the video equipment to give us their usual jousting demonstration.

Kevin, I’m not going to ask you again. Either pull up your stockings or pull down your tunic. No one wants to see your lance.

Yeah, don’t kid yourself. That’s not a codpiece. It’s barely a minnow.

Where was I? Oh yes, since we can’t have our candlelight dance in the evening we’re going to have a special streaming of The Adventures Of Robin Hood, the 1938 film with Douglas Fairbanks.

What’s that, Lord Sudsbury? You made alternate arrangements? Kevin, that is not what we agreed on.

Excuse me, everyone, I have to make a correction. We’ll have a special streaming of the 1993 Mel Brooks film Robin Hood: Men In Tights.

And finally I have a special addendum: a demonstration featuring Lord Sudsbury of what it means to have someone drawn and quartered.