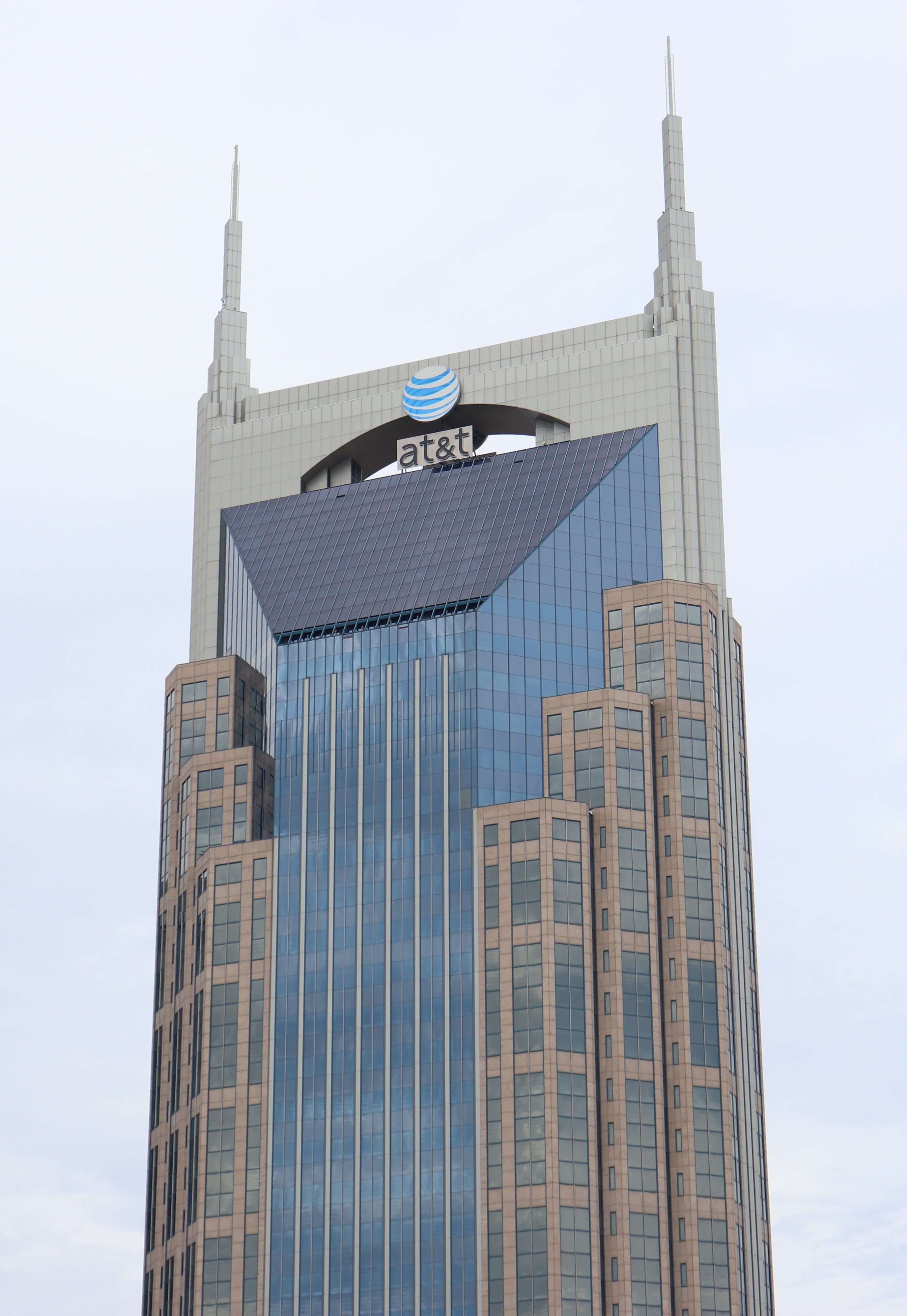 So a bomb blew up in downtown Nashville early on Christmas morning, near the AT&T building that’s also known as “The Batman Building” because, well, if you see it you’ll understand. It’s a feature of the Nashville skyline and although I can’t see it from where the building where I work–or rather where I worked until last March when everything shut down, and where I’ll eventually go back to work sometime in the coming year–I could go to the roof of the parking garage next door to where I work and see The Batman Building from there. For all that Nashville has grown and is still growing it’s still got a fairly compact downtown area, easy to get to and, in normal times, easy to walk around in if you don’t mind the crowds. Needless to say these aren’t normal times and when the bomb went off a lot of people just sighed resignedly and said, “Thanks for one more thing, 2020.”
Although why the bomb in an RV was sent off downtown is still a mystery at least it went off early on Christmas morning when not many people were out and about–and it even made an announcement that it was a bomb and that people should get out of the area. For all the damage it did to the surrounding businesses, and as much as it would have been better if it hadn’t gone off at all, at least there’s a bright side.
It’s also interesting to me that Nashville made it to the front of The New York Times, which we still get in actual print, delivered to our driveway, on the weekends, the day after Christmas because of the bombing and also on Christmas Day because photographer Ruth Fremson made a trip across the United States to document the way various cities around the country were celebrating the season in these not so normal times.

The New York Times, December 25th, 2020. Nashville is the city with the Grinch.

The New York Times, December 26th, 2020. Below the fold but still on the front page.

That reminded me of when I was a kid and I’d been with my parents to the Tennessee Performing Arts Center downtown to see, of all things, CATS. As we were coming out we heard a woman say, “You know, this town reminds me of New York thirty years ago.” My mother groaned and said, “Oh please no,” and about twenty-five years later when my father retired my parents moved to Florida which is the most New York thing they could possibly do, but that’s another story.
One of the down sides of the bombing is because it affected the AT&T building it’s left a lot of people not just in Nashville but even in Tennessee and Kentucky without internet access. It’s left a lot of people, in other words, disconnected at a time when they want and need to be connected. It’s only temporary but here’s hoping it can all be restored before the end of the month–here’s hoping people will have a chance to say, thanks for bringing us back together, 2020.