All The Days Gone By.

Freethinkers Anonymous > Submitted For Your Approval. > All The Days Gone By.

A lot of Earth is about to celebrate another orbit of the Sun at midnight on December 31st, although technically it takes Earth about 365.25 days to make a full ellipse so if you really want to celebrate the new year when it happens you need to stay up until sometime around six a.m., and I’m probably way off on that because a day on Earth is about 23 hours and 56 minutes, so who knows when the new year really starts? Anyway that’s just a year on this planet. Elsewhere in our solar system a year is a little different.

Even though Pluto is no longer a planet Clyde Tombaugh’s 1930 discovery is still pretty impressive, and when Pluto isn’t inside Neptune’s orbit–which it was from 1979 to 1999 and will be again in a couple of centuries–it’s the beginning of the edge of our solar system, at least as far as we know. It’s so far away from the Sun its atmosphere is frozen solid for part of its year which, in Earth time, lasts 248 years.

Neptune is the only planet in our solar system that was discovered without direct observation. Its influence over its neighbor Uranus gave it away and its orbit was calculated in 1846 by two mathematicians working independently: the English John Couch Adams and the French Urbain Leverrier, who now share joint credit. It takes Neptune 165 of our years to make one orbit of the Sun. Its smaller moon Nereid takes a full Earth year to orbit Neptune while its larger moon Triton takes only six days–moving backwards, the only moon in the solar system that does so.

Fourteen times more massive than Earth you could fit a lot in Uranus. In 1977 astronomers discovered rings around Uranus. Even though it seems to have been observed even by some ancient astronomers it’s really hard to see Uranus, and it wasn’t until William Herschel spotted Uranus with a telescope in 1781 that Uranus was known to be a planet. With an axial tilt of more than 80 degrees Uranus is almost sideways. Scientists think this is because a large object hit Uranus sometime in the past, but Uranus can really take a beating. It takes Uranus 84 Earth years to orbit the Sun.

In 2010, Arthur C. Clarke’s sequel to 2001, Jupiter explodes, forming a new star in our solar system. In the next book in the series, 2061, the year Halley’s comet returns, it’s discovered that the explosion shot giant diamonds out into the solar system. At one time scientists believed  all the gas giants might have enormous diamonds floating in their depths, but they’ve now rethought that. And while it’s hard to determine the length of a day for a planet that doesn’t really have a surface Jupiter, the biggest planet in the solar system, has one of the shortest days: it rotates in less than ten hours, giving it a lot of days while it takes just a little under twelve Earth years to complete a solar orbit.

With its red color Mars has been considered by many cultures to be a harbinger of war and even a possible threat, but with a better understanding of our solar system it’s taken on a new role of potential stepping stone. If we ever want to leave home, metaphorically and astronomically speaking, Mars will be our first, best place to stop. Slightly more than half the size of Earth Mars may have once had an atmosphere and even liquid water and life, but with only two small irregular moons, Deimos and Phobos, it didn’t have Earth’s stability. Its year is 687 of our days. 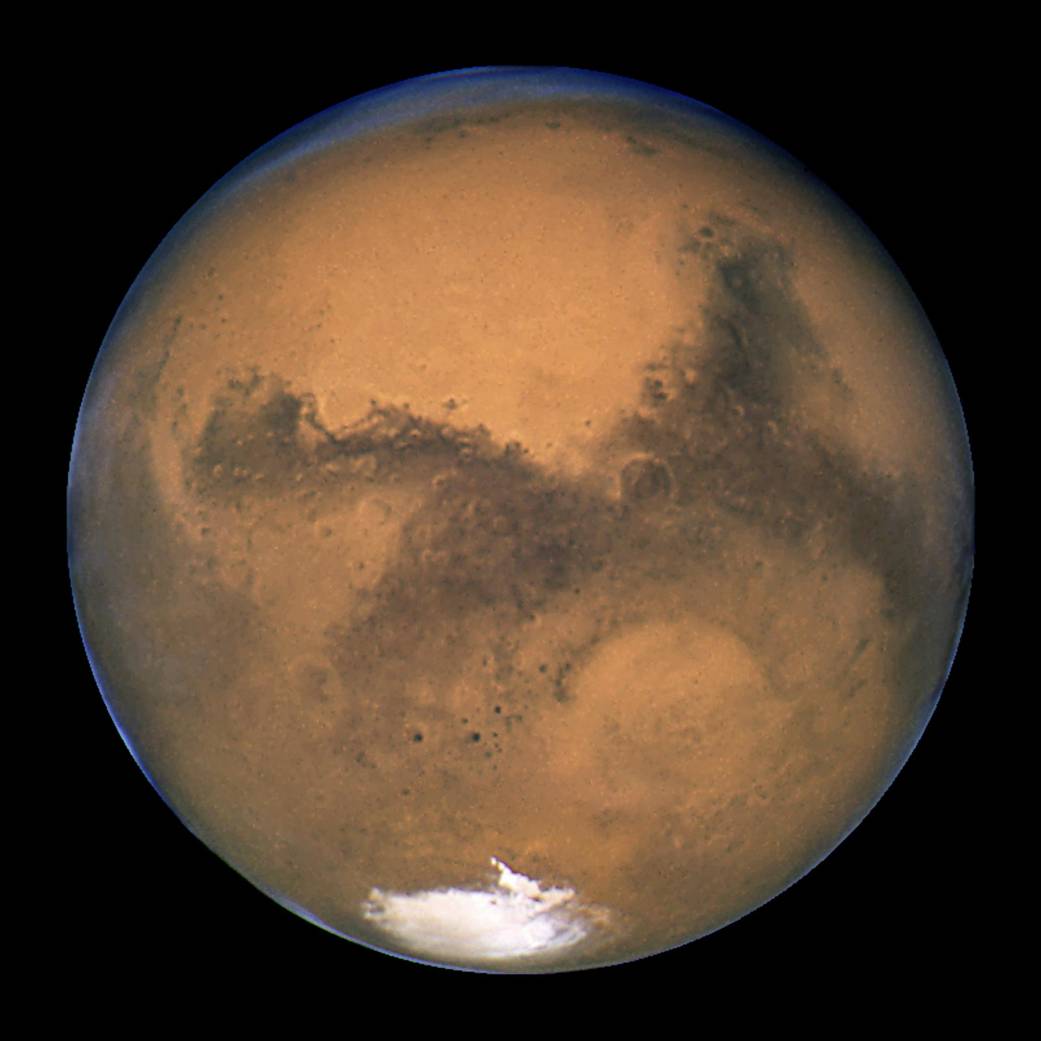 Venus is nearly as large as Earth and considered our planet’s twin, although its sulphuric acid snow, surface temperatures in excess of 460 degrees Celsius, and dense cloud cover Venus is even less hospitable than Duluth in February. A Venusian year is 225 of our days but, because of its proximity to the Sun, a day on Venus last 243 of our days. Imagine living in a place where a single day lasts longer than a year. Because Venus is closer to the Sun than Earth it also appears to us to go through phases like the Moon, which was the first giveaway to Galileo that the Earth goes around the Sun, rather than the other way around.

And both last and least is Mercury, the hardest planet to spot from Earth because it’s so close to the Sun, usually only visible just around sunset. Over the fifty-nine days that it takes Mercury to cycle through a single day its temperature reaches 427 degrees Celsius then drops precipitously to -183 Celsius at midnight. Its days are more than half as long as its years which last just 88 of our days.

And we’re all moving along with our Sun around the Milky Way, bobbing up and down in an outer arm, as our galaxy itself moves through space.